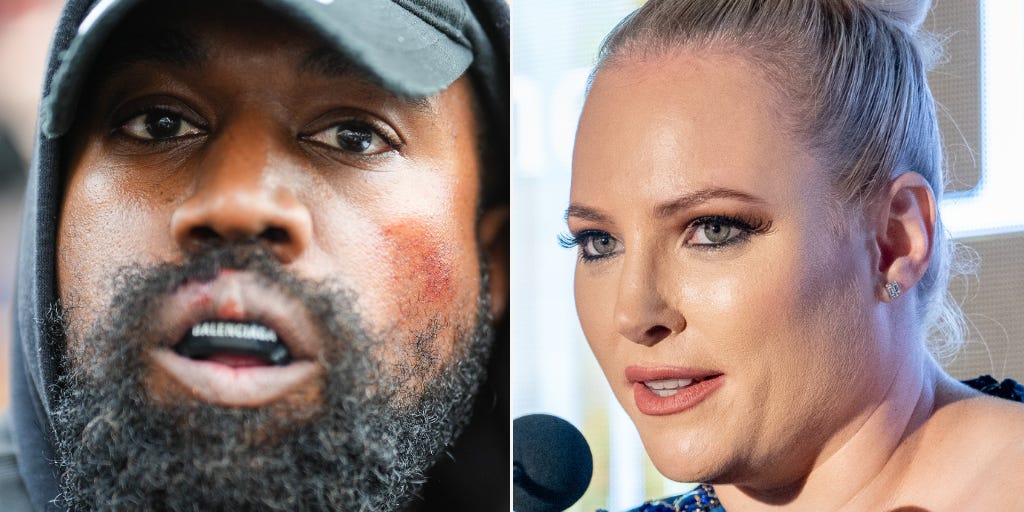 Meghan McCain, a TV personality and daughter of late Arizona Sen. John McCain, has slammed Republicans for continuing to back Kanye West despite the antisemitic rant the rapper unleashed on Twitter over the weekend.

West then switched to posting from his Twitter account that day, writing that he was “going death con 3 on JEWISH PEOPLE.” While it is unclear what West meant, it could have been a reference to DEFCON 3, which is a military term for its state of readiness against external threats.

On Sunday, McCain responded to an October 6 tweet from the House Judiciary GOP’s Twitter account that appeared to equate former President Donald Trump with West and billionaire Elon Musk.

“Take this down now. Idiots,” wrote McCain in her reply to the post, which came after West was seen wearing a shirt with the slogan “White Lives Matter” at a fashion show. The same week, West told Fox News host Tucker Carlson that he had worn the shirt because of “a connection with God, and just brilliance.”

As of press time, the House Judiciary GOP’s tweet remains up.

McCain also hit out at West in an Instagram post, calling his antisemitic language a “cancer” that is “everywhere.”

“I have zero tolerance for this shit. Zero. This is poison and yet another example why this man and his behavior are trash,” she wrote.

McCain also rebuked conservatives who claim to despise celebrities but then get “excited like a teenage girl at a Harry Styles concert” each time a star gives “our side” attention.

“It is pathetic, we are supposed to be anti-celebrity and for the average working men and women — but I guess that went out the window years ago,” she wrote.

“This man is no icon, he has no wisdom I care to hear,” McCain added, referring to West.

Representatives for West and Jordan did not immediately respond to Insider’s request for comment.