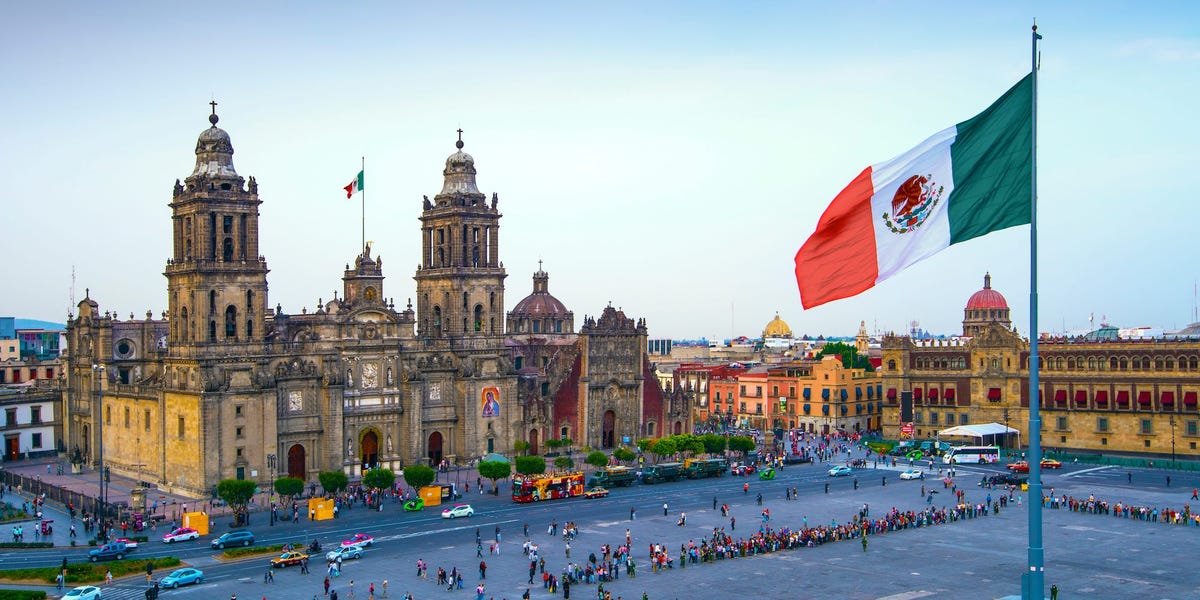 Mexico has quietly become the most popular destination for Americans moving abroad. Here’s why expats are happy with their financial situations after moving south of the border.

A new blog post from HireAHelper looks at how many Americans — both those moving because of remote work, and those who have other reasons for a change of scenery — have moved to several popular countries last year. There were 15 countries in the analysis, selected using UN international migrant stock data and Google searches.

HireAHelper found based on residence permit and visa data that a large number of Americans were moving to nearby country Mexico, relative to the other 14 countries part of the analysis.

Mexico was named the best country for expats in a 2022 report from InterNations. Although Mexico’s economy has yet to recover to pre-pandemic levels, the country is home to the second-largest economy in Latin America. It ranked second in the personal finance index in the InterNations report.

InterNations wrote that not only is the country second in its personal finance index but “more than three-quarters of expats (77%) are happy with their financial situation (vs. 60% globally). It might help that they are also satisfied with the general cost of living (2nd) and the affordability of housing (4th).”

InterNations wrote that this index includes people’s “satisfaction with the financial situation, general cost of living, and whether a respondent’s disposable household income is enough to lead a comfortable life” and that the places on the list had at least 50 respondents.

According to purchasing power parities data available on The Organisation for Economic Co-operation and Development, Mexico’s purchasing power parity is 10.04 peso per US dollar, meaning that a dollar should buy what 10 pesos buys. But the current market exchange rate is approximately 20 pesos per USD, meaning that a dollar buys twice as much in Mexico as it does in the US.

The house price-to-income ratio for Mexico is smaller than the ratio for the US. For remote workers who earn a high salary in the US moving to Mexico, they may benefit from the real estate market. The national median home price is 881,000 pesos ($43,761) as of June.

While the influx of expats has helped to stimulate Mexico’s economy, it’s also created a few challenges for locals. As developers build more homes, restaurants and hotels for migrators, they have altered biological ecosystems. In Tulum, a popular destination for expats, new construction has led to the devastation of mangrove trees. Without the natural filtration system, the contamination created by visitors has given way to heightened levels of pollution.

The new analysis from HireAHelper also shows how moves have changed from 2019. Portugal had the largest percent increase in Americans moving there from 2019 to 2021 among the top 15 countries part of the analysis. It was the only country among the 15 in HireAHelper’s analysis that saw a change of over 100%.

The country’s allure is attributed to multiple factors. The country’s low cost of living also makes it an attractive destination for expats as it is one of the most affordable countries in Europe.

But as the Ukrainian war ignites economic volatility throughout the continent, it’s not surprising that expats are turning their sites to other markets — particularly Mexico.

According to HireAHelper, the country saw the largest number of Americans moving there in 2021 among the 15 places. However, its percent increase was smaller than four other countries, with an increase of 38% from 2019 to 2021.

“Moves to Mexico outnumber those to the United Kingdom and Canada, which are the second and third most popular destinations,” data journalist Volodymyr Kupriyanov wrote in the HireAHelper post, adding that if migration to Mexico continues at its current pace, the country could be home to more than 18,000 US citizens as new residents.