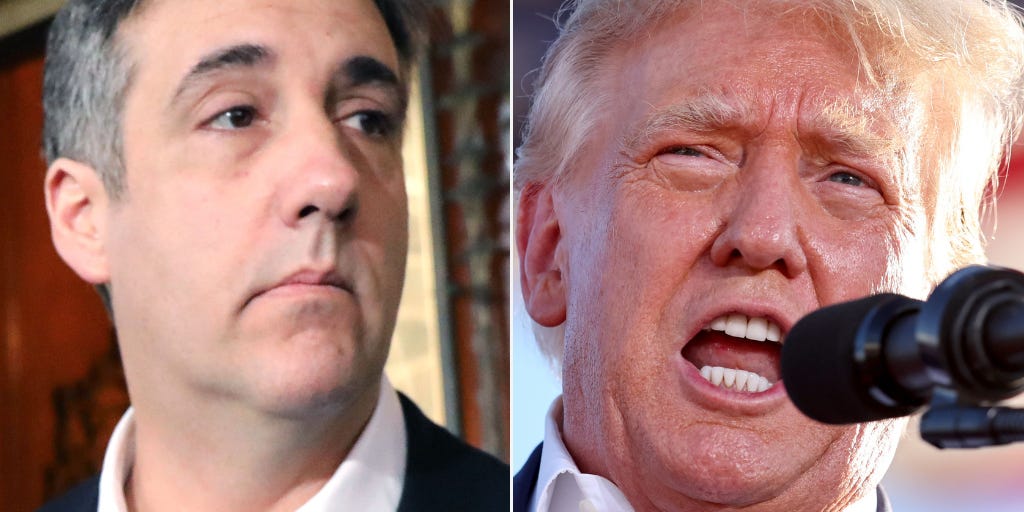 Michael Cohen says he once naively believed he was Trump’s ‘apex predator’ and wouldn’t be betrayed: ‘I was the one who threw people under the bus for him’

Michael Cohen, former President Donald Trump’s one-time lawyer and fixer, said he was shocked by the “startling” ease with which Trump betrayed him.

In his new book, “Revenge,” Cohen described how he spent 10 years being “up to his eyeballs in the cult of Donald J. Trump.”

“I helped get him elected president. I was his apex predator, his ‘fixer’ — first as executive vice president of the Trump Organization and special counsel to Donald J. Trump, then as the personal attorney to the president of the United States,” he wrote.

Cohen described how Trump had “screwed people over” and manipulated them — and admitted that he “helped” Trump to do so.

“But, in my naiveté, I never thought any of that would happen to me. Why did I think this? Because I was the one who threw people under the bus for him. I had bailed him out of too many jams,” Cohen wrote.

Despite everything he said he did for Trump, Cohen wrote that he was shocked by how easily he was betrayed. He described in his book how Trump had initially told Cohen “not to worry” about any legal troubles but later tried to ditch him.

“I was a trusted confidant and I had earned that trust with loyalty, so I believed there was no way he would betray me,” Cohen wrote. “But he soon would, and with an ease that was startling — and I’d seen him do some very startling and fucked-up things during the previous decade.”

In 2018, Cohen pleaded guilty to felonies, including tax evasion, campaign finance violations, and bank fraud. He was sentenced to three years in prison in December of that year and was disbarred in February 2019 by the New York Supreme Court.

During his plea entry, Cohen said he made the illegal campaign and corporate contributions “at the direction of a candidate for federal office” and for the “purpose of influencing the election.” While he did not identify Trump by name, the criminal complaint on the matter stated that the person in question became the US president in January 2017. Trump was not indicted for crimes related to the matter.

In his book, Cohen also recounted how he would spend 12 hours nearly every day “dealing with Donald’s shit.”

“It was a decade filled with a lot of work, because Donald Trump requires a lot of work,” Cohen wrote, adding that the “biggest part” of his job was “covering for his fat ass.”

A spokesperson at Trump’s post-presidential press office did not immediately respond to Insider’s request for comment.