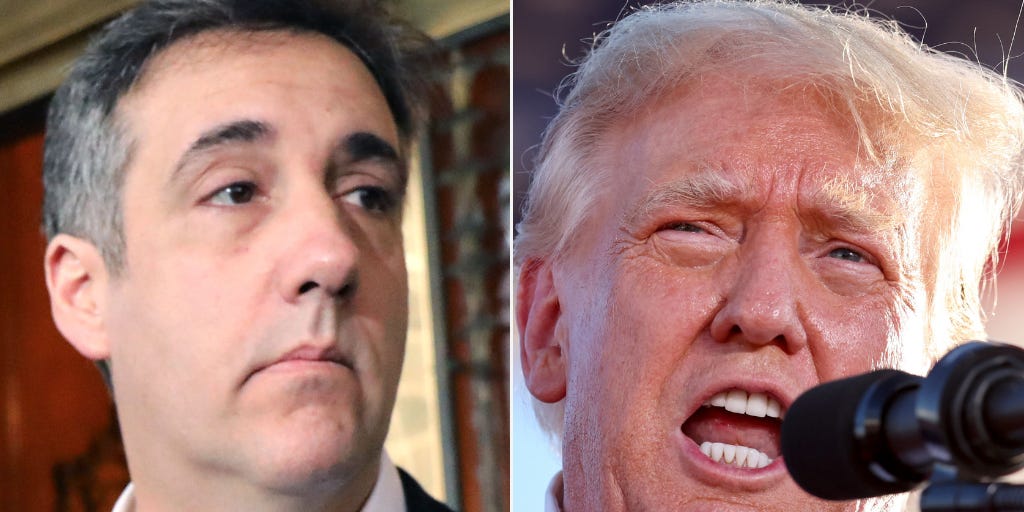 Michael Cohen says those who stick by Trump do so because ‘we’re stupid’ and ‘we fell into the cult of Donald J. Trump’

Michael Cohen said those around former President Donald Trump stay loyal to him for a long time because they “fell into the cult of Donald J. Trump.”

In a Saturday interview, NBC News Meet the Press host Chuck Todd asked the ex-Trump attorney: “Why do people stick by Trump for as long as they do?”

Cohen responded: “You know I’ve answered this question a lot and people think I’m being humorous but I’m not. It’s because we’re stupid. For some reason, we fell into the cult of Donald J. Trump. There’s a lot of excitement. There’s a lot of energy around it.”

The former Trump lawyer said that when Trump needed something from someone, he made them feel as if they were the “single most important person in the world.”

Cohen said he wished other Trump associates like Rudy Giuliani or Mark Meadows would have listened to his advice from his own experience and stepped away from Trump’s playbook because they’re now in trouble. Many of those in Trump’s inner circle have been subpoenaed to testify in front of the January 6 House committee.

“All of whom I would hope, including now [former chief of staff] Mark Meadows, would have listened to me when I said before the House Oversight Committee ‘I know the game that you’re playing and it’s not going to work out for you the same way it didn’t work out for me.'”

Cohen added that Trump knows those in his circle are “self-motivated” because he is, but the reason those around him get in trouble and he doesn’t is because he leaves “no fingerprints.”