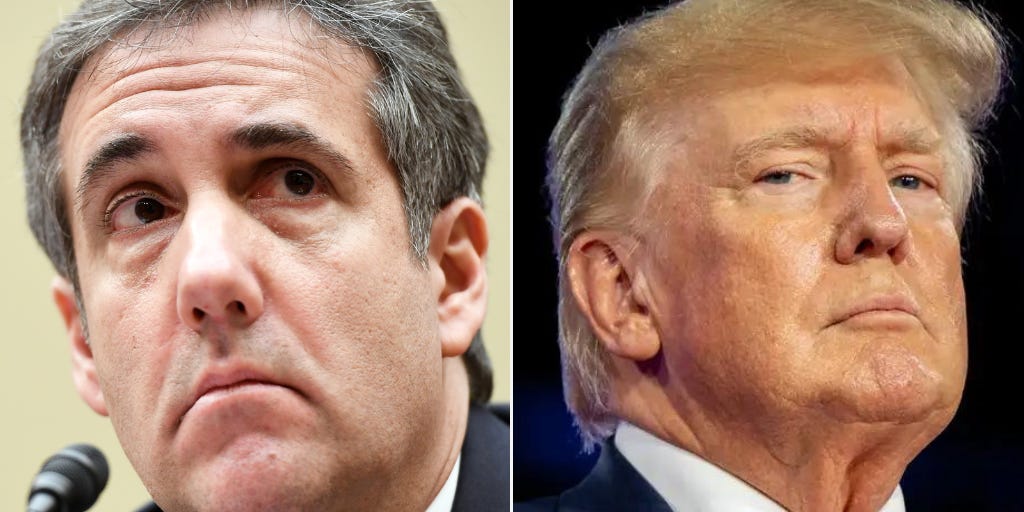 Michael Cohen says Trump is a ‘poster boy for fascism’: ‘I helped create this Frankenstein’s monster’

Michael Cohen has warned in his new book that the US is in danger of losing its battle against fascism and that Donald Trump’s presidency was merely a preview of things to come.

In his book, “Revenge,” released on Tuesday, Cohen — who was once Trump’s lawyer and fixer — described the former president’s time in office as being a “practice run” for future dictatorships.

“We are in danger of losing this country to fascists who are destroying our democracy and the rule of law and replacing it with something unseen since the dark days in Europe prior to World War II,” he wrote.

“Donald Trump was just a practice run. If those who think like him are allowed to take control of this government —like they tried to do during the January 6 insurrection — then we’re all fucked, and my suffering will become the nation’s suffering,” Cohen added, accusing Trump of setting him up as the fall guy for various crimes.

Cohen also admitted his part in turning Trump into such a dangerous figure.

“As I helped create this Frankenstein’s monster and let it out of its cage, I feel it is my moral duty, or if you prefer my penance, to make sure we re-cage the beast,” he wrote.

In his book, Cohen also accused Trump of being a “mirror into the depths of the soul of government corruption.”

“He is the standard bearer for corrupt dictator wannabes. He is the poster boy for fascism,” he added.

A representative at Trump’s post-presidential press office did not immediately respond to Insider’s request for comment.

In 2018, Cohen pleaded guilty to felonies, including tax evasion, campaign finance violations, and bank fraud. He was sentenced in December 2018 to three years in prison and was disbarred in February 2019 by the New York Supreme Court.

Cohen’s new book offers insights into the period he spent working for Trump and his time in prison.

Since his release, Cohen has become an outspoken critic of Trump and has commented extensively on the former president’s many legal troubles. In September, he announced he was selling t-shirts depicting Trump behind bars to “celebrate the fall of the mango Mussolini.”