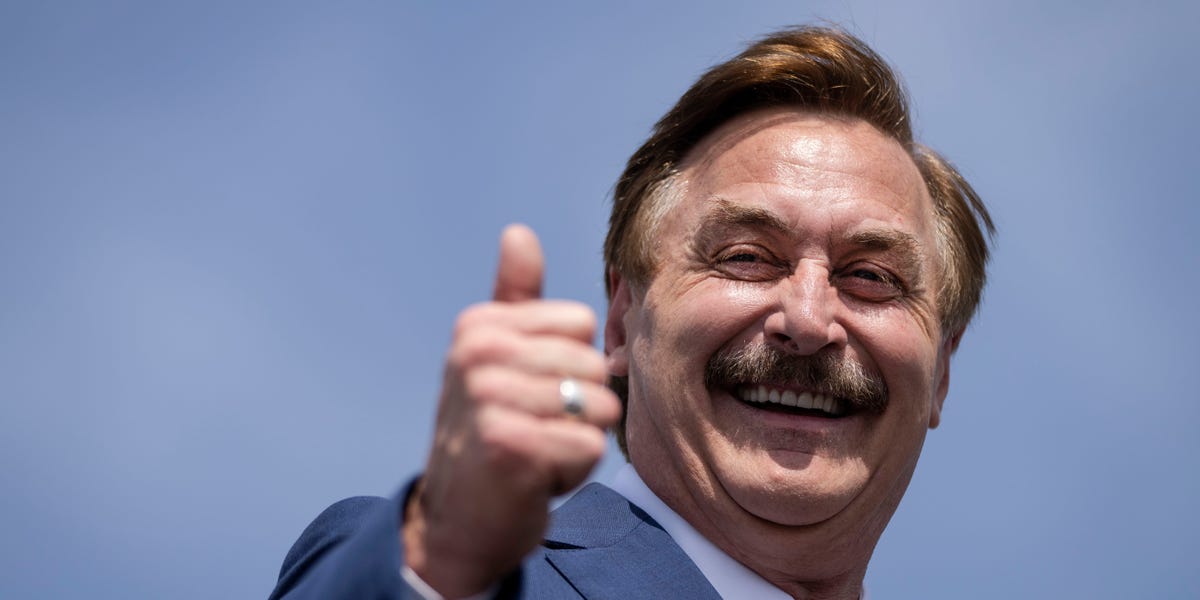 Mike Lindell went to Florida to distribute 12,000 pillows for hurricane relief and promoted his products in front of a wrecked home

MyPillow CEO Mike Lindell was down in Florida this week giving out pillows to those affected by Hurricane Ian, and he took the chance to promote his products on Steve Bannon’s podcast.

Lindell was seen going around Fort Myers on Thursday, meeting people whose property was destroyed by Hurricane Ian, one of the worst storms the state has seen. The hurricane made landfall on September 28 as a Category 4 storm and left a wide swath of wreckage in its wake.

In a Facebook post on Thursday, Franklin Graham, the president of the Samaritan’s Purse and the Billy Graham Evangelistic Association, thanked Lindell for his visit.

“These will mean so much to people who have lost everything. He even brought children’s pillows that have a Bible story picture,” Graham said of Lindell’s visit.

“They can get themselves one and it helps support everything today, using the promo code ‘War Room,'” Lindell told Bannon, the backdrop of a home that appeared to have been destroyed by the hurricane behind him.

This is not the first time that Lindell has sent pillows to support a cause. In February, he pledged to send MyPillows to truckers protesting in the Freedom Convoy — a convoy of disgruntled truckers that blocked major roads across the US-Canada border. The shipment of the 12,000 pillows was later delayed at a border crossing from Michigan to Canada.