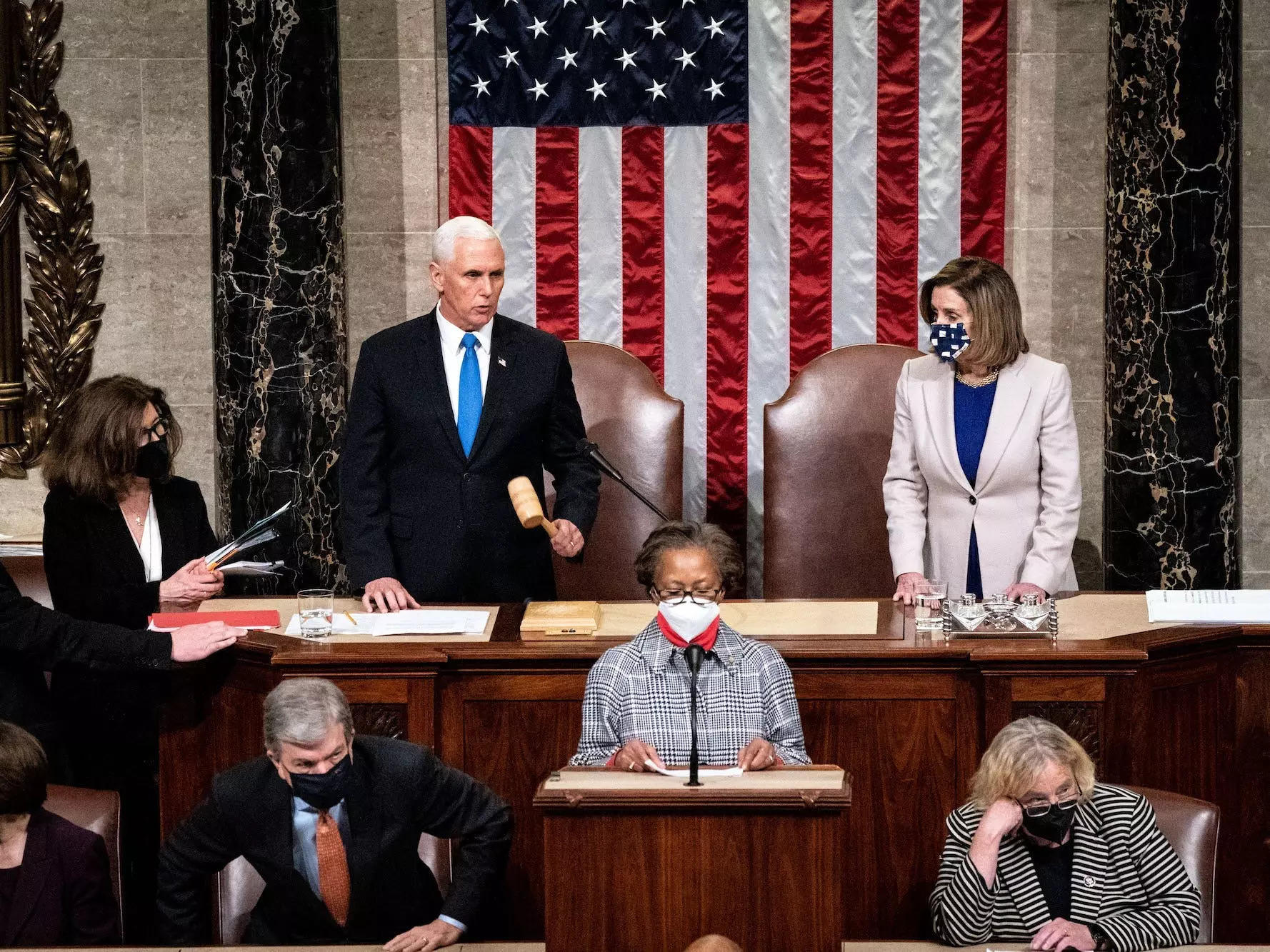 Former Vice President Mike Pence talks up how his estranged former running mate tried to strongarm him into overturning the 2020 election and abandoned him at the hands of an angry MAGA mob in the first snippets from his new autobiography.

In the jacket description of his memoir, “So Help Me God,” Pence says his once “tight bond” with Trump “broke down after the 2020 election.”

“On January 6, 2021, as the president pressured him to overturn the election, a mob erected a gallows on Capitol Hill and its members chanted ‘Hang Mike Pence! as they rampaged through the halls of Congress,” Pence highlights in the jacket copy of the book, which is due out on November 15.

“The vice president refused to leave the Capitol, and once the riot was quelled, he reconvened Congress to complete the work of a peaceful transfer of power,” Pence adds of the harrowing day that spawned a select committee investigation into those responsible for the deadly attack on the US Capitol.

During the House January 6 committee’s ninth public hearing on Thursday, investigators presented evidence of the immediate danger Pence and congressional leaders faced that day based on information the Secret Service handed over to the panel.

One report featuring comments from MAGA message boards where Trump supporters mapped out plans to derail Joe Biden’s lawful win included a line about lawmakers only leaving the US Capitol one of two ways: “in a bodybag” or “after rightfully certifying Trump the winner.”

Another slide featured Secret Service agents alerting one another about a Trump fan referring to Pence as “a dead man walking if he doesn’t do the right thing.”

After losing the 2020 election and dozens of baseless court challenges, Trump tried clinging to power by falsely claiming that Pence could have rejected the election results and kept him in office — a fantasy Pence and several other administration officials have repeatedly refuted.

Instead of catering to his flailing boss, Pence worked with congressional leaders to complete the election certification tally.

After subpoenaing Trump on Thursday to answer for the riot, January 6 committee chairman Bennie Thompson told reporters that investigators hadn’t also summoned Pence because he “did his job.”

“If you watched our hearings closely, you understand that Vice President Mike Pence was essentially the president for most of that day,” she told a think-tank audience in September.