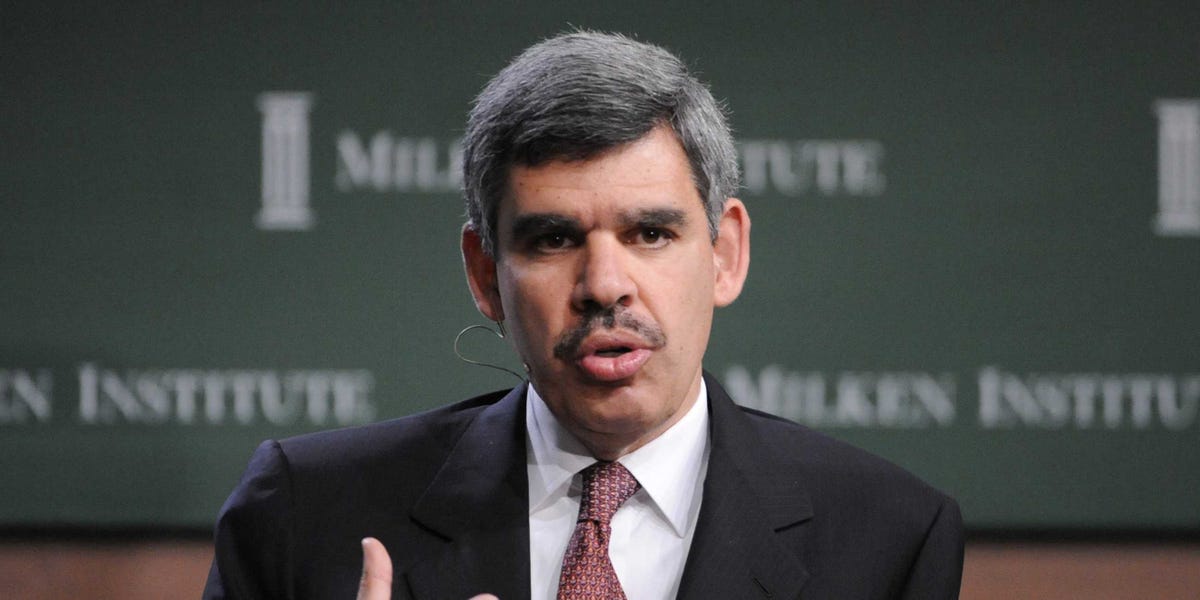 Top economist Mohamed El-Erian warned core inflation is still rising in the US while adding that markets are on edge that the Federal Reserve will make another mistake.

Speaking on CBS’ “Face the Nation” on Sunday, El-Erian said the US still has an “inflation issue” ahead of key Consumer Price Index data out Thursday.

“Headline inflation will probably come down to about 8%. But core inflation, what measures the drivers of inflation and how broad they are, is still going up,” he said.

The US still faces high levels of inflation with prices climbing 8.3% through August, while core inflation grew 6.3% in the same month, exceeding economists’ expectations. The core measure, which excludes volatile food and energy prices and focuses on goods and services, is typically regarded as a better measure as it gives a clearer signal of price growth in the economy.

The hotter-than-anticipated readings have pushed the Fed to conduct a series of jumbo-sized rate hikes where the central bank has been raising rates at the fastest pace since the 1980s in a bid to cool Americans’ demand and tame inflation.

Yet El-Erian has been a vocal critic of the Fed’s actions, saying the central bank risks tipping the US into a “damaging recession” that was avoidable in its delayed fight against inflation.

El-Erian pointed out that the US is on a bumpy journey to a better destination, adding that the Fed needs to navigate the journey in a careful way. “There is a possibility that the Federal Reserve makes another mistake and that that bumpy journey actually changes the destination. That’s why the markets are on edge,” the economist said.

The Fed has already made two mistakes, namely, mischaracterizing inflation as transitory and failing to act sufficiently when it did recognize inflation was persistent, according to El-Erian.

And now it risks making a third  mistake of “slamming on the brakes” this year with its tight monetary policy which would in turn trigger a US recession.

At the same time, he added the US is currently experiencing a period of stagflation, which is a mixture of high inflation and a stagnant economy. “Growth is coming down. Inflation is still high. Unfortunately, it’s not time to eliminate that term yet,” El-Erian said.