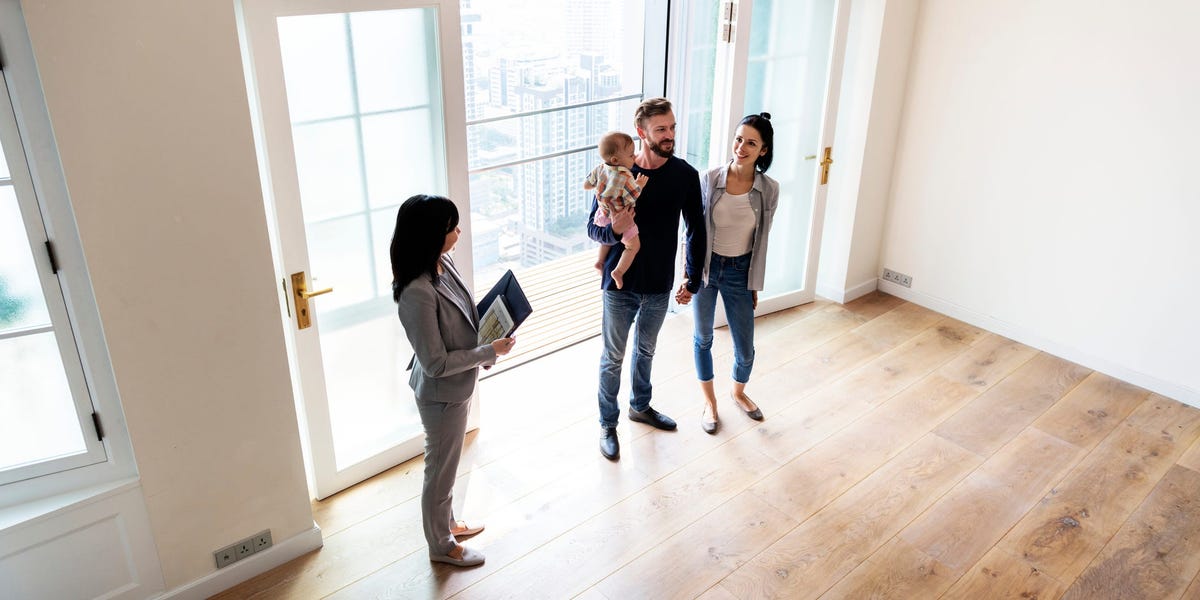 
Mortgage rates just spiked to a high not seen since the housing bubble of the mid-aughts — and they’re only getting started.

The average rate on a 30-year fixed-rate mortgage climbed to 6.75% from 6.52% last week, the Mortgage Bankers Association said Wednesday. That marked the highest rate since 2006. The average has more than doubled since the end of 2021 and has climbed about 1.3 percentage points in just the last seven weeks.

As mortgage rates rise, more and more Americans are putting their homeownership dreams on pause. Data from the MBA shows that the number of mortage applications has fallen in 13 out of the last 19 weeks.

This week, the Market Composite Index, a measure of mortgage loan application volume, fell to a 25-year low as applications decreased 14.2% on a seasonally adjusted basis from from just one week earlier — underscoring just how hard higher rates are slamming buyer demand.

The upswing in rates isn’t just affecting loans to buy a new house. Higher rates also curbed refinance activity as homeowners stick to the low rates enjoyed earlier in the pandemic. The refinance share of mortgage activity slid to 29% of total applications from 30.2%.

The latest uptick in rates is fueled in part by the Federal Reserve’s extended fight to cool inflation. The central bank raised its benchmark interest rate by another 0.75 percentage points on September 21, pushing it to restrictive levels in hopes of easing demand. Rate hikes affect all kinds of borrowing costs, from mortgage rates to credit-card interest. The central bank’s aim is to cool demand to a point where it’s in better balance with supply, which would counter the inflationary pressures seen over the past several months.

The Fed started its hiking cycle in March and accelerated through the summer, and its effects on the housing market have been dramatic. With fewer Americans lining up for mortgages, home sales have slowed throughout the US.

In August, nationwide new home sales fell 0.1% year over year to 685,000 units by month’s end. During the same period, existing home sales — a measure of sales volume and prices of existing housing inventory — plunged to the slowest pace since November 2015 as only 4.8 million units were sold.

Data from the National Association of Realtors shows that pending home sales, the number of sales in which a contract has been signed, fell 2% from July to August, declining 24.2% year over year.

“There are regional and market variations, but in aggregate sales are slowing, sellers and buyers are backing away, and price deceleration will follow suit,” Kushi said. “But, when the economic uncertainty dust settles and rates stabilize, those buyers and sellers who were on the sidelines will jump back in the housing game.”