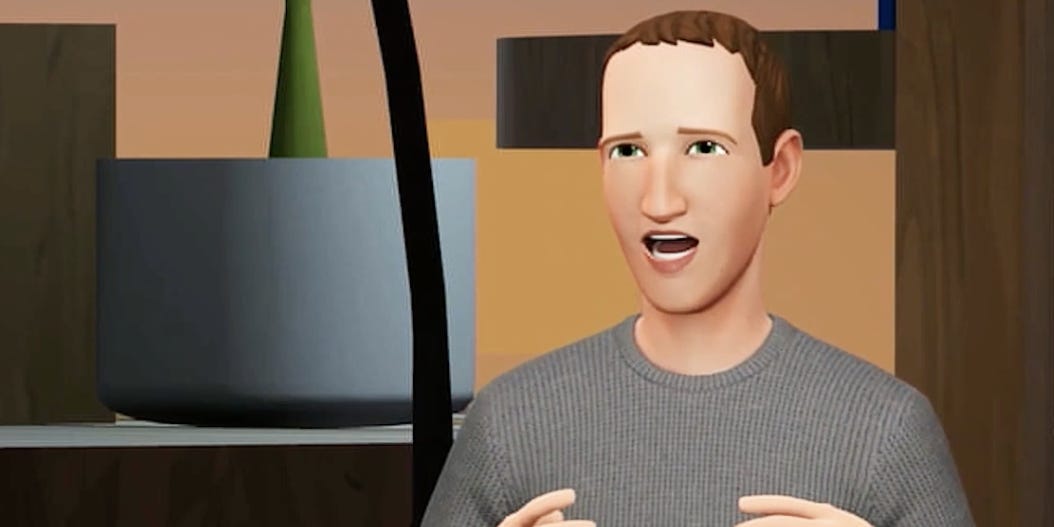 Most metaverse users don’t even make it a month, WSJ reports

Inside the Horizon Worlds platform, Meta is struggling to keep users engaged with glitchy features and empty worlds.

With a $400 pricetag to access the platform via the Quest 2 headset, the metaverse isn’t yet accessible to the casual user. Those who do get a chance to try the tech experience baffling branded content, persistent bugs, and empty worlds with no user interactions. Even employees appear not to enjoy the platform, saying there is a “quality” problem.

Last month, in response to user complaints, Meta put the Horizon platform into “lockdown” — pausing the rollout of new features while it works to improve the user experience of existing elements in the virtual reality world, The Wall Street Journal reported.

Users have criticized the avatars’ curious lack of legs as well as having few other users to interact with. Internal statistics, WSJ reported, indicate that only 9% of worlds built by users are ever visited by at least 50 people, while most never receive any visits at all.

Some female users also report sexual harassment and digital groping, prompting Meta to institute a safety feature that creates a virtual 4-foot buffer around avatars on the platform. WSJ reported men outnumber women by two to one on the platform and that — while reporting — a WSJ staff member was asked to expose herself by a user she interacted with online.

Internal documents show Meta has fallen far short of its goals for regular monthly users, WSJ Journal reported. The company initially had set a goal of 500,00 monthly users by the end of 2022, but has changed that figure to 280,000. The documents show the platform has less than 200,000 current users. Most users generally don’t return to the app after the first month, while more than half of Quest 2 headsets are out of use within six months WSJ reported.

“An empty world is a sad world,” WSJ reported one document said in its summary of the company’s efforts to attract users to worlds where they would find others.

In light of the low user retention, feature glitches, and high cost of access, Insider previously reported some investors have raised questions about Meta’s $15 billion investment in Reality Labs, the business segment responsible for the metaverse.

“Currently it’s unclear where the metaverse fits in the investment framework,” WSJ reported Dare Obasanjo, lead product manager for Horizon and the metaverse platform, wrote in a memo. “We are overdue for a reassessment of how we invest and allocate resources.”

Representatives for Meta did not immediately respond to Insider’s request for comment.