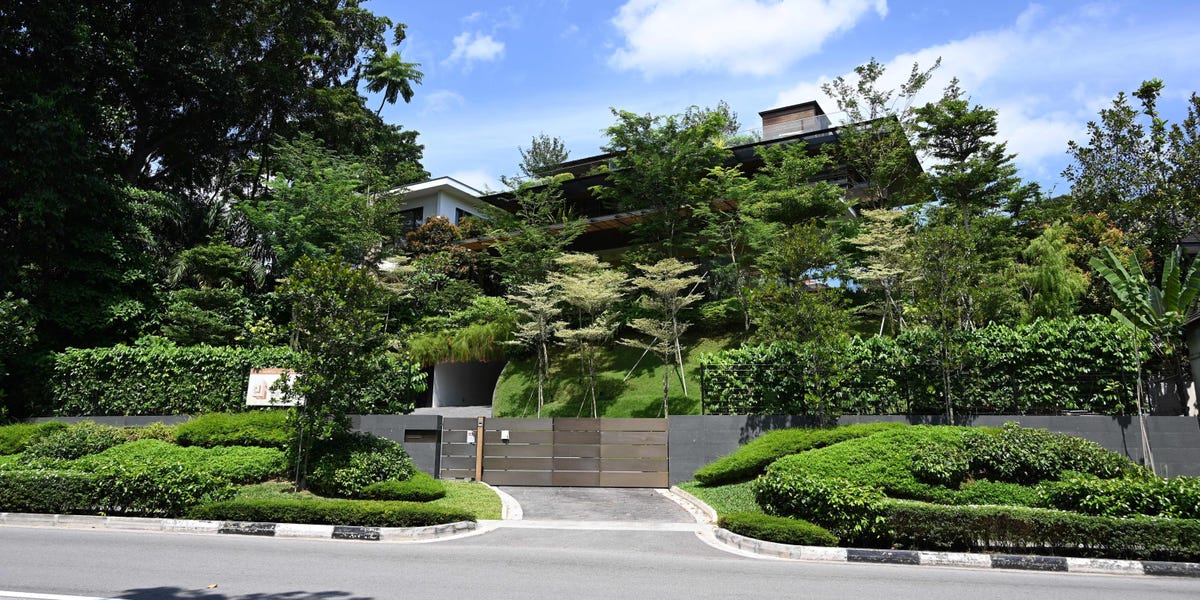 New money is pouring into Singapore, but a series of recent multimillion-dollar real-estate transactions show the old status symbols are as popular as ever


The crown jewel in the portfolio of Singapore’s rich and famous is an asset mind-bogglingly expensive, exquisitely presented, and most importantly, rare: a home on private property.

Singapore spans a mere 709 square kilometers, or 275 square miles. With land this scarce, the most elite level of property on the island is the Good Class Bungalow, or GCB.

There are only around 2,500 to 2,800 GCBs on the island. To fit the designation, the home must sit on more than 15,000 square feet of land and take up no more than 35% of the plot. Although they’re called bungalows, they can be as tall as two stories, Bloomberg reported.

Due to their scarcity, the stringent requirements to maintain their status as a GCB, and the fact that only designated prime residential areas in Singapore can house these, these bungalows have become status symbols in Singapore.

GCBs are also recognized as a good store of wealth: Singapore’s supply of GCB land never increases, which means the homes can only appreciate over time, per property website 99.co.

With new money pouring into Singapore, a series of recent multimillion-dollar real-estate transactions show these old status symbols are as popular as ever.

In September, Lee Wei Ling, the daughter of Singapore’s founding father Lee Kuan Yew, sold her GCB to Shi Yonghong, the cofounder of Sichuan hot pot chain Haidilao International, for 50 million Singaporean dollars, or around $35 million, per the Straits Times.

In August 2021, Shou Zi Chew, the CEO of TikTok, was said to be “in the early stage” of buying a bungalow in Singapore for SG$86 million. The property is in Singapore’s Queen Astrid Park area, which is known for its upscale estates and top-tier schools.

And in 2019, British billionaire inventor James Dyson purchased an SG$50 million bungalow opposite Singapore’s Botanic Gardens, per the Straits Times.

If you can’t buy, rent

Not all record-setting Good Class Bungalow property deals involve a sale: While GCB buyers generally need to be Singaporean citizens, some wealthy foreigners are willing to rent these properties at a premium, per Bloomberg.

The influx of new money pouring into Singapore has pushed up rental prices to “rates we have never entertained before,” Cyril Tuzeman, a director at boutique real-estate agency Vesper Homes, told insider. Being associated with a Good Class Bungalow is a “status thing” for the rich, including for young wealthy people who have made their fortunes in IT and cryptocurrencies, Tuzeman added.

Tuzeman said he recently marketed an off-market rental property for around SG$300,000 per month — where the owner asked for one years’ rental and a six-month deposit upfront — but the deal fell through because the prospective tenant wanted to redo the basement.

“It’s crazy,” said Tuzeman. “We’re talking of a deal worth over 5 million.”

Moreover, some prospective Good Class Bungalow renters are not even living in these properties. One tenant did not bother to inspect the bedrooms prior to renting, saying he only needed good parking space and an entertainment area, Tuzeman said.