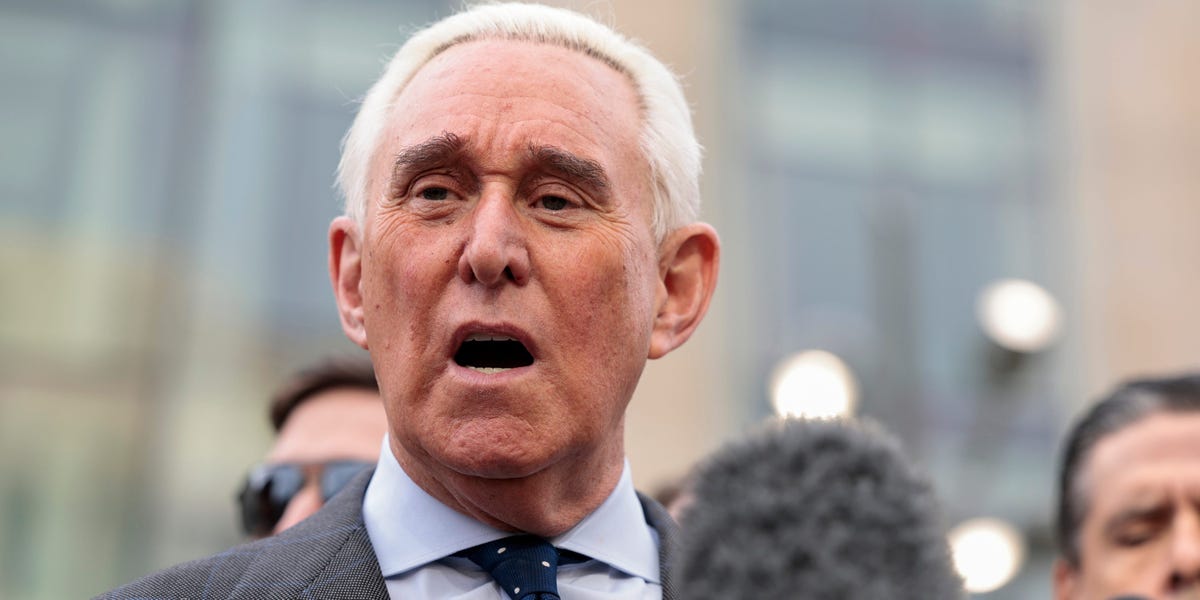 New video shows Roger Stone telling Trump supporters that ‘the key thing to do is claim victory’ after the election, no matter the outcome

In new footage released by the House panel investigating the Capitol riot, Roger Stone can be seen telling Trump supporters to declare victory regardless of the election results.

The footage, which was turned over to the January 6 panel by the Danish filmmaker Christoffer Guldbrandsen, was aired during the panel’s hearing on Thursday.

The footage was obtained via subpoena, per The New York Times. The 10-minute clip is an excerpt from the 170 hours of footage a film crew recorded while following Stone for a documentary called “A Storm Foretold.”

In the video clip dated November 1, Stone can be seen speaking to two men at an unspecified location, saying he hoped they would be “celebrating” after the votes were in.

“I really do suspect it’ll still be up in the air. But when that happens the key thing to do is to claim victory,” Stone said. “Possession is nine-tenths of the law — no, we won, fuck you. Sorry, over, we won, you’re wrong, fuck you.”

The January 6 panel also aired footage from November 2, 2020, that showed Stone saying: “Fuck the voting, let’s get right to the violence.”

“We’ll have to start smashing pumpkins if you know what I mean,” Stone added.

Stone, a longtime Trump adviser, made similar comments on November 2, 2020, according to documentary footage obtained by CNN. Speaking to associates while traveling in Georgia that day, Stone can be heard outlining a game plan for violent actions after the election.

“Fuck the voting, let’s get right to the violence,” Stone can be heard saying. “Shoot to kill, you see an Antifa — shoot to kill.”

Stone has in the past denied making these comments, despite the footage clearly showing his face.

“CNN airs fraudulent deep fake videos and expects anyone to believe them based on their long history of lies,” Stone wrote in a Telegram post in September, The Daily Beast reported. “Let CNN or anyone else produce any proof that I knew in advance about, participated in, or condoned any illegal act on January 6 or any other day.”

Stone released a statement via Telegram on Thursday categorically denying any claims that he tried to overturn the 2020 election. In his Telegram post, Stone also said he intends to file a $25 million lawsuit against the Danish filmmakers, while also hurling insults at Guldbransen’s appearance.

Stone did not immediately respond to Insider’s request for comment.