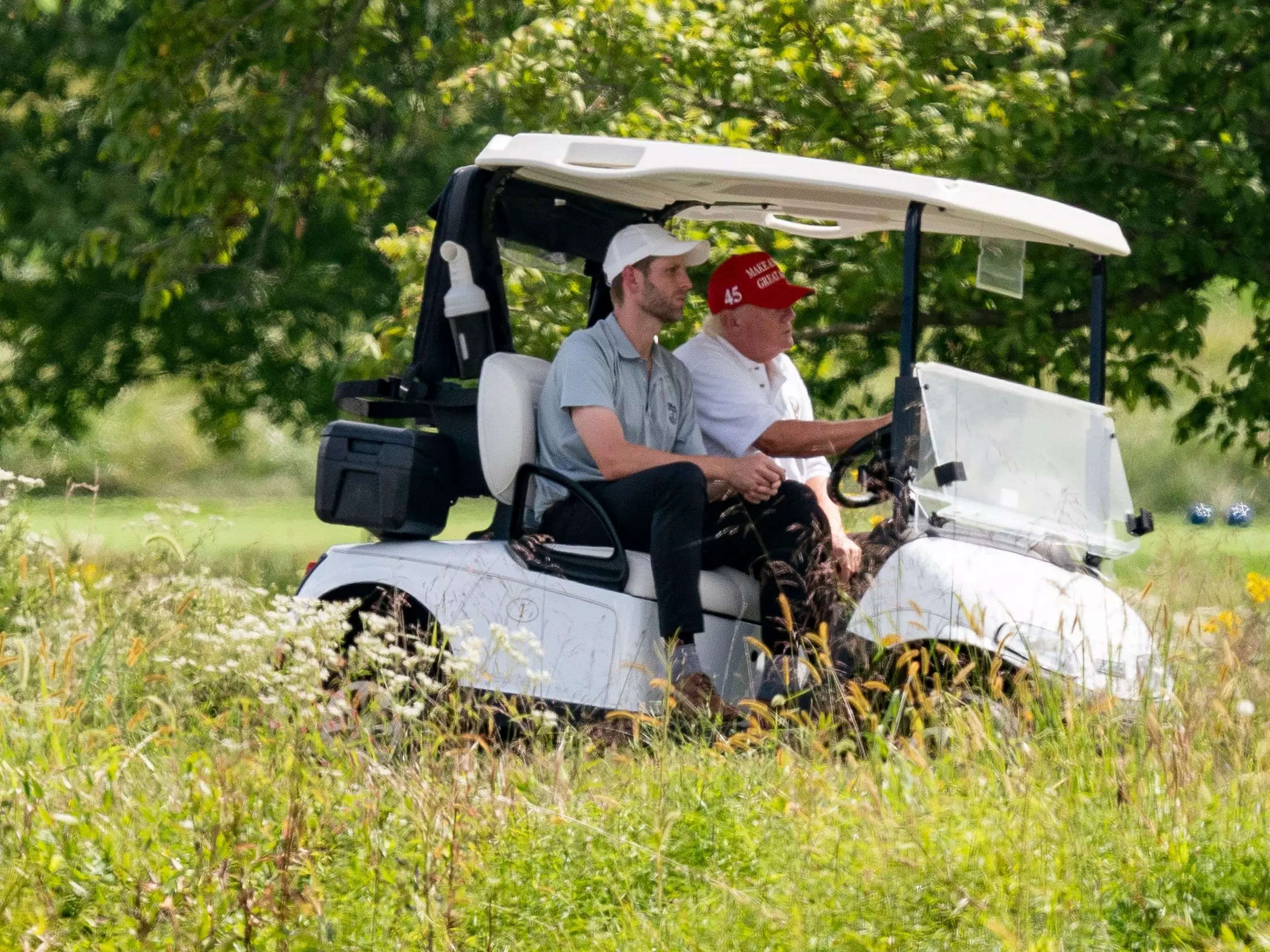 
It’s been nearly three weeks since New York Attorney General Letitia James filed a massive fraud lawsuit against Donald Trump and his family business, and already her office is accusing the former president of “gamesmanship” — for allegedly dodging formal service of the suit.

As of Friday, nearly all of the lawsuit’s 16 named defendants had formally accepted service of the 220-page lawsuit, according to the AG’s latest court filing in the case.

But two defendants remained unserved, the filing shows — Donald Trump and his son Eric Trump, who has been most hands-on in running the Trump Organization since his father won the 2016 election.

The AG has been “diligent” in trying to serve the lawsuit on all defendants, her office complained in another filing in late September, but “gamesmanship” has blocked the way.

“The fact that formal service is only being completed now is because of gamesmanship by defendants and not any lack of diligent efforts” by the AG’s office, a footnote in that late-September filing complained.

“Ms. Habba never responded” to the AG’s emails requesting that she accept service on behalf of Trump, the footnote added.

Habba, two attorneys for Eric Trump, and the AG’s office did not immediately respond to requests for comment.

The AG’s lawsuit alleges that over the past decade, Trump’s multi-billion-dollar real estate and golf resort empire routinely inflated the value of its properties in order to secure hundreds of millions of dollars in loans and tax breaks.

The lawsuit seeks $250 million in penalties and to bar Trump from doing business in New York; James has stated that she intends to bring the case to trial before the end of 2023.

But three former assistant attorneys general with the New York office have told Insider that Trump’s side will do everything possible to delay the case — for years, if possible.

Trump’s side successfully delayed the investigation that preceded the lawsuit for some two years, mostly by filing motions and appeals challenging the AG’s demand for documents and depositions.