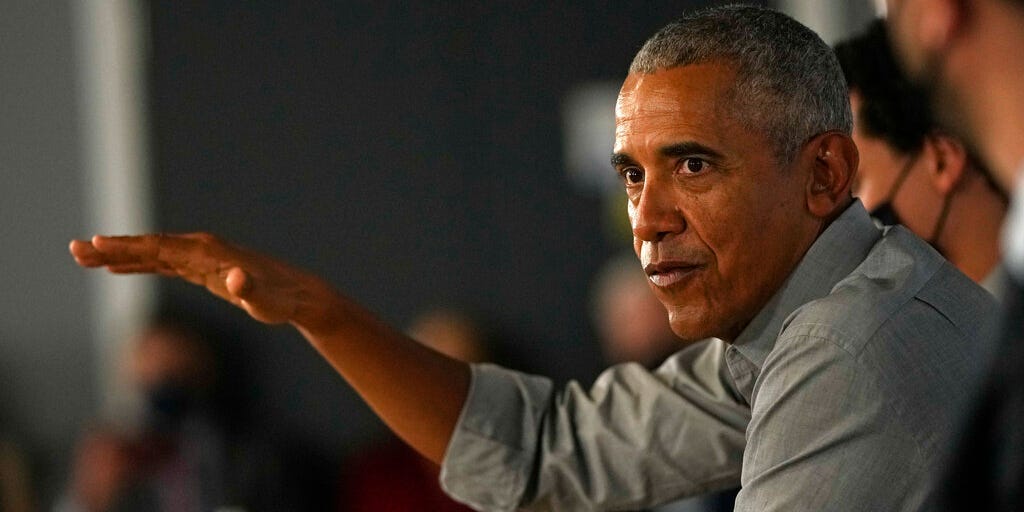 Obama says ‘a lot of voters’ got ‘complacent’ when Roe v. Wade was the law of the land

Former President Barack Obama said on a recent podcast appearance that “a lot of voters” were “complacent” when Roe v. Wade was in place for nearly 50 years, arguing that the Supreme Court remains “reflective of our politics.”

During a newly-released episode of “Pod Save America,” Obama remarked on the fallout over the Supreme Court’s June decision to overturn Roe v. Wade, which legalized abortion in the United States, stating that many people had just assumed such protections would not be reversed.

“I do think it’s important for progressives not to count too much on the courts,” the former president warned. “One of the problems with Roe was that it made a lot of voters complacent, figuring, ‘Eh, do I really have to trudge over and vote in some obscure midterm election because I know the Supreme Court is protecting me when it comes to my right to choose?'”

Obama then described the court as one that has largely been reactive, while noting that citizens would have to continue pushing for their positions on abortion.

“We have to be mindful that even if we have an independent, thoughtful Supreme Court that’s not entirely ideologically driven, it’s still part of our democracy,” he told hosts Jon Favreau, Dan Pfeiffer, Jon Lovett, and Tommy Vietor, who were all a part of his presidential administration.

He continued: “It’s still reflective of our politics. You have to still do the work on the ground of changing people’s hearts and minds and attitudes about issues. Because the court generally follows societal trends more than it leads. It’s very rare where the court gets ahead of society in a significant way. It typically reacts and responds.”

Obama then said that when the high court has “gotten ahead” of issues in the past, it has often taken adverse positions.

“More often, when it’s gotten ahead, by the way, it’s done bad things rather than good things. Brown v. Board of Education. Roe v. Wade. Maybe two exceptions? But even after those decisions, it’s not as if the issue was settled in politics one way as we’ve just learned,” the former president said.

“There’s no shortcuts here. We have to work. We have to get out. We have to vote. We have to be engaged in conversations. We have to reach into places where the majority of people don’t agree with us on these issues. And we have to make a case,” he added.

The issue of abortion is now being litigated and shaped by individual states, with some states expanding reproductive rights while others have sought to enact near-total bans on the procedure.

Obama successfully nominated two justices to the Supreme Court during his presidency — Sonia Sotomayor and Elena Kagan — who were part of the minority of justices who sought to keep Roe in place.

After the death of Associate Justice Antonin Scalia in 2016, Obama tapped now-United States Attorney General Merrick Garland to serve on the high court, but the longtime appeals court judge was never given a hearing by Senate Republicans.

In 2017, then-President Donald Trump would go on to successfully nominate conservative Neil Gorsuch to the Supreme Court, and later selected Brett Kavanaugh and Amy Coney Barrett. With Clarence Thomas and Samuel Alito already on the bench, the court now has a robust conservative majority, a significant departure from Obama’s White House years.