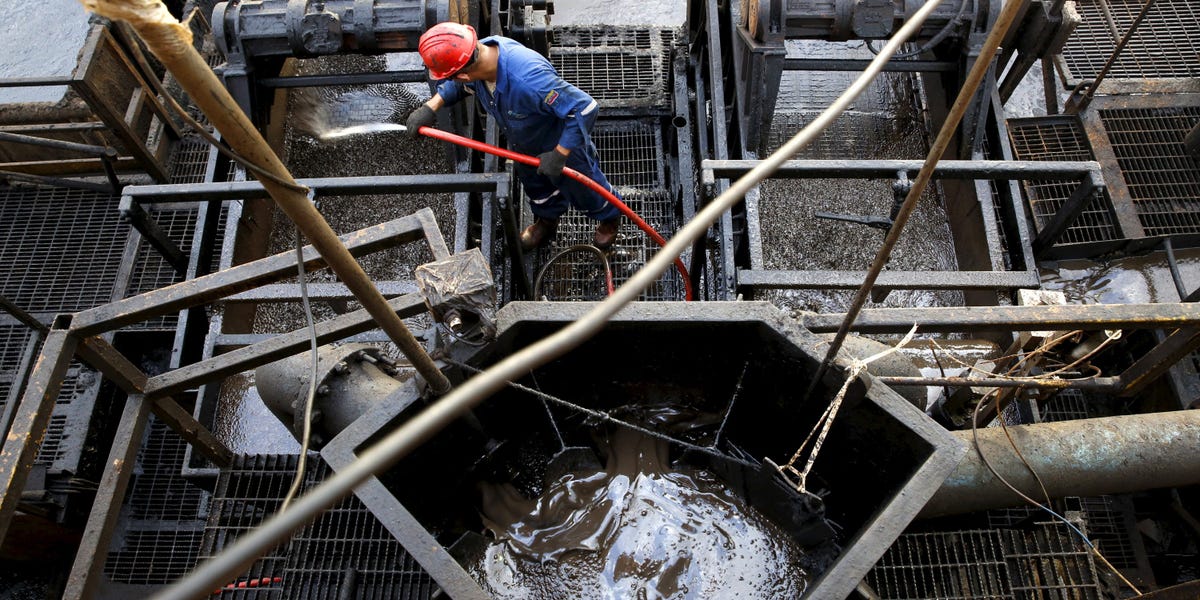 Oil could plunge to just $60 a barrel if there’s a deep recession next year, RBC says

Oil prices could tumble to $60 a barrel next year if a deep recession leads to demand destruction, RBC Capital Markets said Wednesday.

The bank said that there’s a 15% chance that a significant slowdown in economic growth leads to Brent crude falling 37% from its current $94.70 level.

“It’s a weak demand story,” a team of strategists led by Michael Tran said in a recent research note laying out their bear-case scenario.

Macroeconomic drivers include “stickier than expected inflation wreaking havoc on consumer demand, to China’s reluctance to pivot from consumption hindering COVID policies, to a Fed overreach by moving fast and breaking things,” they continued.

“Such macro threats are realized and lead to a recession-like backdrop where correlations between risk asset classes move sharply together as investors seek safe havens,” the strategists added.

Red-hot inflation, a slowdown in China’s economic growth, and the Federal Reserve’s aggressive interest rate hikes have upped the risk that the US suffers a recession in 2023.

But oil prices would fall in that scenario, according to the bank. A decline in economic activity tends to drive crude prices lower as demand and consumer spending falls.

Oil benchmarks surged to around $130 a barrel in February after Russia invaded Ukraine, but they’ve since slipped back towards $90. Inflation has remained high in recent months, spurring the Fed to continue its tightening campaign in a bid to tame soaring prices.

“Oil market fundamentals have taken a back seat to the broader macro landscape and the policy driven market,” Tran’s team said.

The previous quarter “was a stark reminder that a violently strong and erratic macro headwind can temporarily trump individual fundamentals across most asset classes, and vice versa for tailwinds,” they added.

Falling oil prices could also provide relief for Americans at the pump. National average gas prices have slipped from $5 a gallon in June to $3.92 a gallon Wednesday, according to AAA.

RBC laid out two other economic scenarios that could impact oil prices next year.

In a “blue sky risk on scenario,” Brent will surge by around 25% to between $115 and $120 a barrel as Russia continues to slash crude supply to Europe through key pipelines.

In a scenario where the US suffers a shallow rather than a deep recession, RBC expects crude to hover around its current level of between $90 and $95 a barrel.