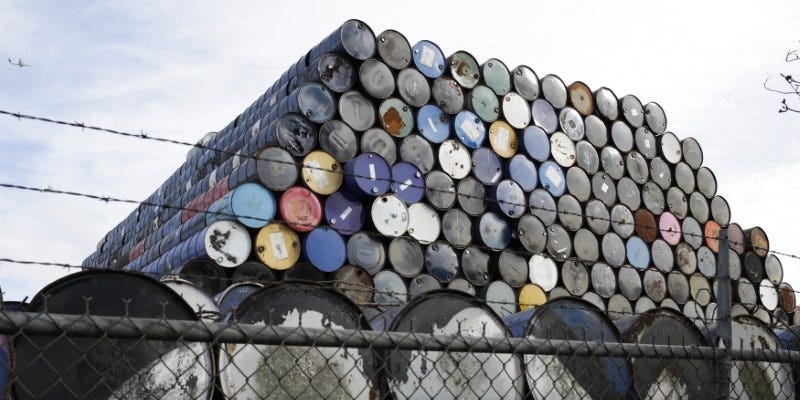 Oil prices are nowhere near falling due to demand destruction, according to Morgan Stanley’s head commodities strategist Martijn Rats, who warned that there were three factors that would slash energy supplies from the market and push prices even higher.

Oil has fallen from its highs earlier this summer, when Western nations first imposed sanctions on Russian oil and competition ramped up for alternatives. Brent crude skyrocketed to around $130 before steadily declining – but that was likely due to the soaring prices for oil products, not oil itself, Rats said to CNBC on Friday.

He noted there are three factors facing the oil market that would likely drive prices higher.

The first is OPEC’s recent announcement of a production cut. The cartel on Wednesday they would slash oil production by two million barrels a day – a major blow to the global energy market, as OPEC+ supplies around 40% of the world’s oil consumption.

Second, the US Strategic Petroleum Reserve releases are winding down, with excess supply the US has brought to the market since April set to dry up this month.

Finally, there are heightened odds of disruptions to Russia supplies. Russian oil exports have been falling ahead of the European Union ban on Russian oil, which are set to kick in by the end of the year. The nation has also threatened to slash oil production in response to a planned price cap on Russian oil by G7 nations. If the Kremlin goes through with a production cut, that will put more stress on the global oil supply, likely pushing prices higher.

“All of that is coming together over the next couple of weeks, or month or two, and when those things come together I think that will put upward pressure on prices again,” Rats said.