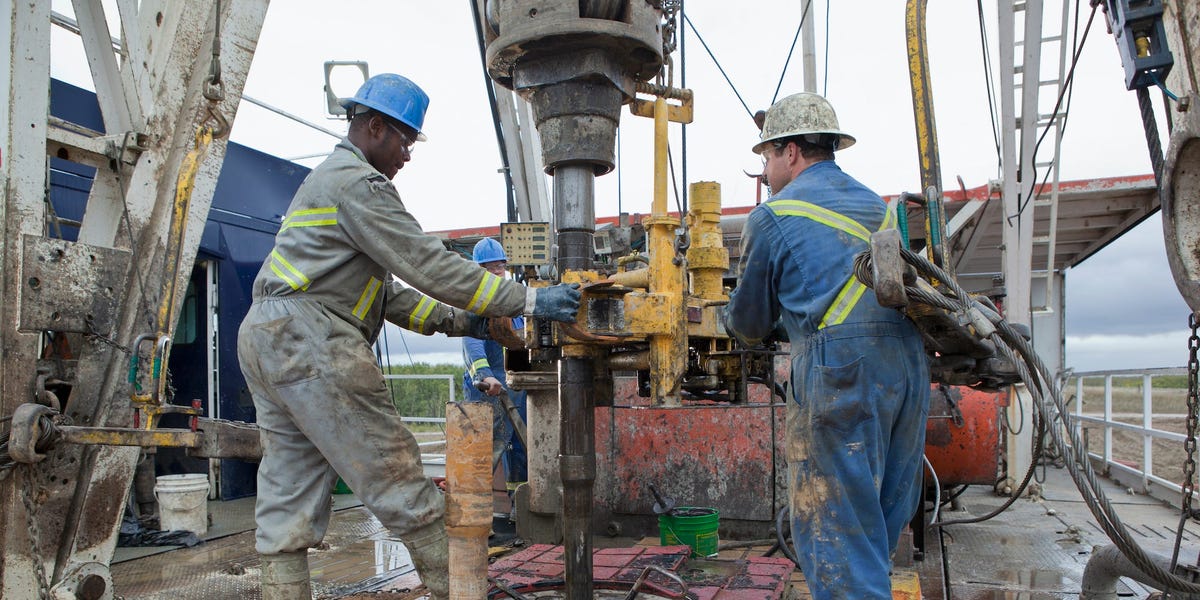 Oil prices have surged 13% in 5 days for their biggest weekly gain since March – and OPEC’s production cuts set them up to stay higher for longer, Barclays says


Oil prices on Friday were on course to log their biggest weekly gain in seven months, and the agreement reached this week by OPEC+ members to slash output should cultivate further energy price advances, Barclays said.

During Friday’s session, West Texas Intermediate crude futures rose 1.1% to $89.39 per barrel. Brent oil, the international benchmark, bulked up 1% at $95.36.

WTI was on track to notch a five-day winning streak and record its largest weekly increase since March with prices up nearly 13%. Brent futures were also stretching gains into a fifth session and were looking at a weekly rise of more than 8%.

Oil began stepping higher in anticipation that the 23 members of OPEC+ would decide to cut oil production at its meeting in Vienna on Wednesday in an effort to halt a pullback in prices. The group decided to reduce its output quota by 2 million barrels a day starting in November, the largest cut since the COVID-19 outbreak began spreading worldwide in 2020.

“Western disappointment at the 2m bbl/d cuts announced this week is understandable given it directly complicates the inflation issue. Lower supply will likely broadly offset lower demand as the economy cools, thus keeping prices high and pushing out a fall in inflation,” Barclays’ European equities strategy team led by Emmanuel Cau said in a note Friday.

“It does help our Energy [overweight] recommendation however, given higher for longer energy prices will continue to fuel earnings and cash flows at the energy names.”

“We reiterate Energy’s unique ability to hedge portfolios against inflation and geopolitics, even as its fundamentals remain healthy. A clear risk to this view would be a significant reduction in Russia-Ukraine hostilities and reopening of energy links,” Barclays said.

Oil prices earlier this year shot up to the $130-a-barrel range in the wake of Russia’s invasion of Ukraine in February. But prices have since been weighed down by demand concerns as central banks fighting inflation have raised borrowing rates to slow economic activity.