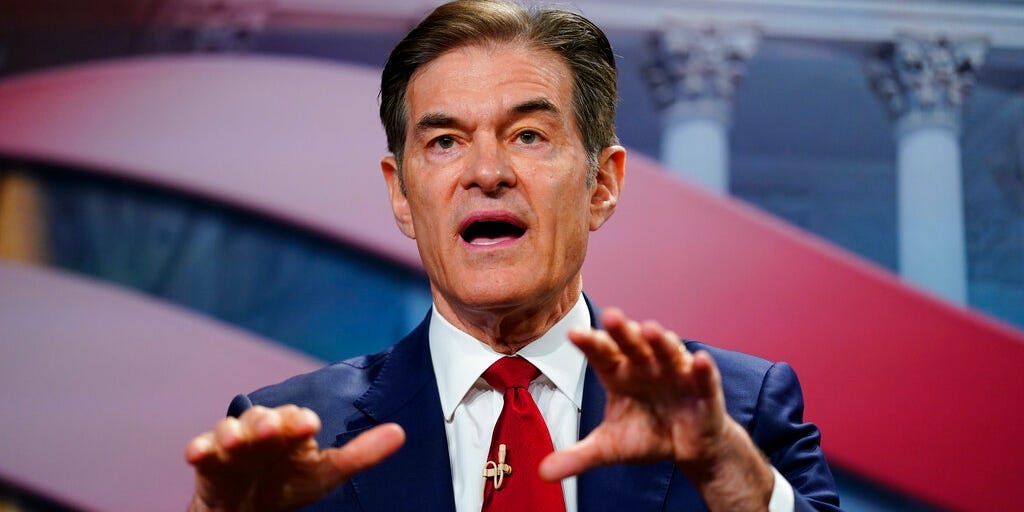 Old clip from 2009 resurfaces of Dr. Oz telling Jimmy Kimmel that he tried to stick a needle in his sister’s head when they were kids

An old 2009 clip has resurfaced of Pennsylvania Senate candidate and reality show personality Mehmet Oz telling host Jimmy Kimmel an anecdote about trying to stab his sister in the head with a needle.

During an appearance on “Jimmy Kimmel Live!” in October 2009, Oz recounted how he, as a child, was “fascinated” by needles and used to find needles in his physician father’s desk. He said he would use the needles to poke holes in oranges to extract the juice.

“And one day I noticed my sister’s head had little pores in it too. And I still remember, I swear, watching her head from behind,” Oz told Kimmel, miming how he crept up behind his sister with the needle.

“Wow. I have to say, you might be one of the craziest people we’ve ever had on the show,” Kimmel said in response to Oz’s anecdote.

It’s unclear which of Oz’s sisters the senate candidate was referring to in the old Kimmel clip. He has two sisters, one of whom he’s in an inheritance battle with.

The clip was posted to Twitter by Patriot Takes, a Twitter account that says it works “to hold GOP and QAnon traitors, insurrectionists and criminals accountable.”

Oz has been on Kimmel’s show seven times over the last 21 seasons, per the TV Database’s record of Kimmel’s shows. Kimmel appears to have had a friendly relationship with Oz, but that has since soured. In December, Kimmel hit out at Oz in a charged monologue, calling his run for the Senate a joke. Kimmel also called Oz a “testicle fondler” for touching his crotch during a segment on “Jimmy Kimmel Live!” in 2010.

Kimmel again slammed Oz in May, saying Oz was pretending “to be a MAGA Republican.”

Oz has faced a wave of bad press the past month. Jezebel published a bombshell report on October 3 alleging that over 300 dogs were killed in experiments for scientific studies Oz published between 1989 and 2010, at which time he was a principal investigator on 75 projects at the Columbia University Institute of Comparative Medicine.