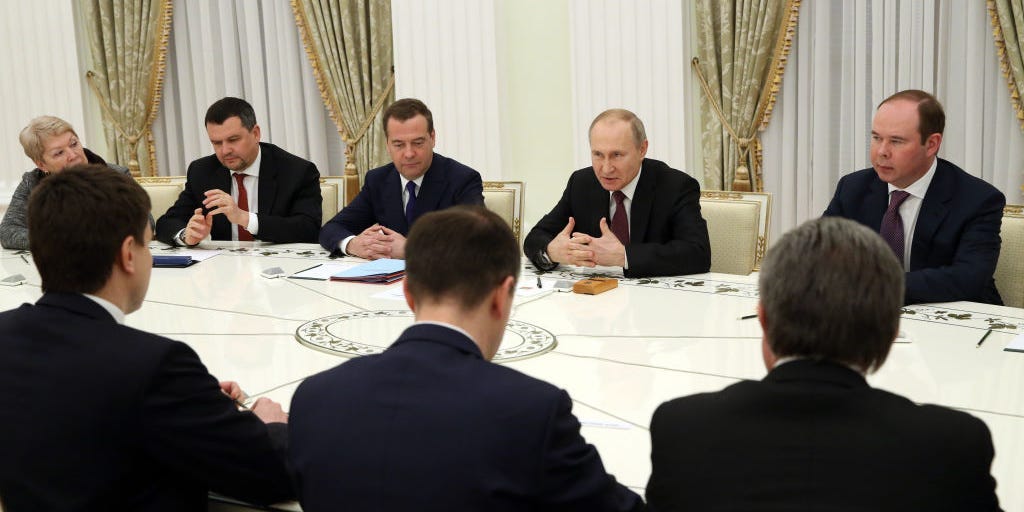 One of Putin’s inner circle confronted him over the failing war in Ukraine, report says, an incredibly rare show of dissent


A member of President Vladimir Putin’s inner circle confronted him over failings in Russia’s botched invasion of Ukraine, The Washington Post reported, citing US intelligence.

The individual, whom the Post did not name, reportedly expressed concern to Putin about the mismanagement of the war effort and mistakes being made by Russia’s military leaders.

According to The Post, details of the disagreement and the identity of the individual who challenged Putin were included in President Joe Biden’s intelligence briefing.

“Since the start of the occupation we have witnessed growing alarm from a number of Putin’s inner circle,” an unnamed Western intelligence official told The Post.

Russia has suffered a series of setbacks in its campaign to seize control of Ukraine.

Ukrainian forces recently pushed back the Russian military from thousands of square miles of territory in east Ukraine, prompting the Kremlin to launch a chaotic mobilisation of reservists and civilians.

The report of a confrontation in Putin’s inner circle is notable because top officials rarely challenge him directly.

The failure by top officials to question Putin’s own assumptions about Ukraine has frequently been cited by analysts as a likely reason for its poor progress.

Dmitry Peskov, Putin’s spokesman, acknowledged there had been disagreements over the war.

“There is disagreement over such moments. Some think we should act differently,” Peskov told The Washington Post. “But this is all part of the usual working process.”

Earlier in the year, plans to seize Ukrainian capital Kyiv were abandoned amid stiff resistance from Ukrainian forces and heavy casualties for the Russian military.

A stalemate followed for months, but the successful effort by Ukraine since September to push Russian back has prompted open criticism even among usually loyal Kremlin allies and commentators.

Putin’s elite inner circle mainly comprises former security and intelligence officials, many of whom he knows from his days in St Petersburg and at the KGB, the Soviet precursor to today’s security agencies.