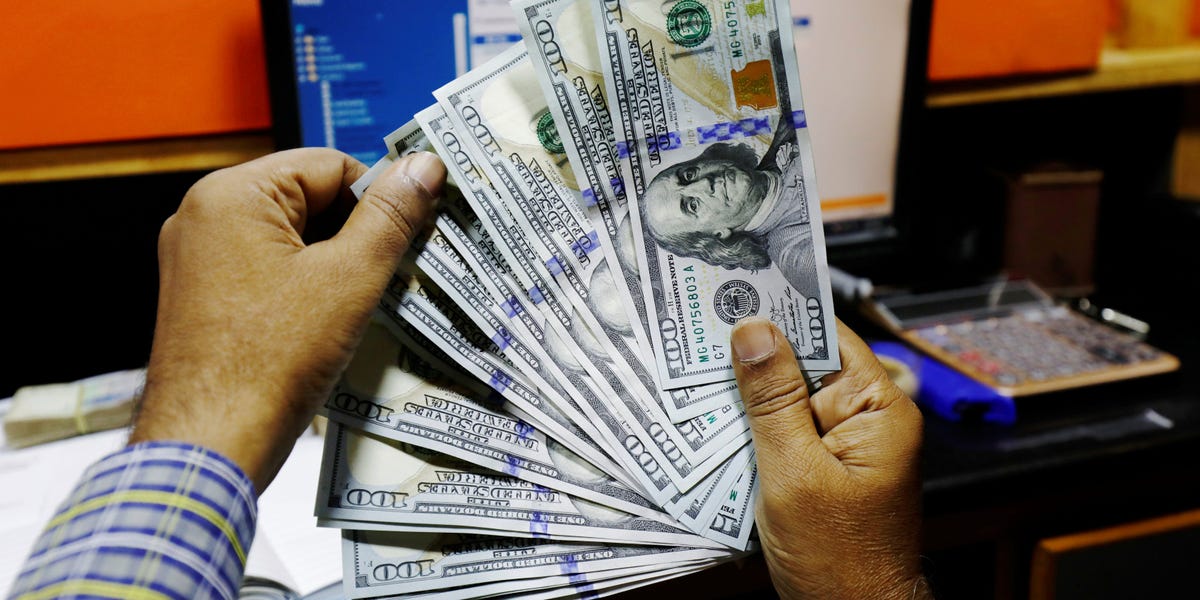 ‘Our currency, your problem’: The dollar’s surge to 20-year highs is causing headaches around the world, a Goldman FX chief says

The US dollar has appreciated rapidly this year, surging to 20-year highs against other major currencies and pushing countries into a “reverse currency war” to keep up.

Kamakshya Trivedi, Goldman Sachs’ head of global foreign-exchange research, explained the reasons for the greenback’s rise on the Exchanges with Goldman Sachs podcast this week.

Trivedi attributed the US currency’s strength to the Federal Reserve’s rapid-fire hikes to interest rates this year. The central bank rushed to tighten its monetary policy after inflation spiked to a 40-year high in June — and a resilient domestic economy is allowing it to do this, he said.

1. “The Federal Reserve is hiking rates in a single-minded fashion, hefty increments of 75 basis points each time. They’re moving fast and appear to be less constrained than other central banks in terms of tightening policy. That’s supporting the dollar against most currencies across the world.”

2. “From the US perspective, a stronger dollar is ‘our currency, but your problem’ for a lot of the other parts of the world.”

3. “A lot of countries have a somewhat unhelpful dilemma. Either they accept a much faster depreciating currency. Or they need to move rates up fast enough to either keep pace with the Fed, or even outpace the Fed, which may not be appropriate for their local economic conditions. And so, you’re faced with this very unpalatable trade-off in a lot of economies about just how much you can tighten.”

4. “Even from current strong levels, the dollar can appreciate further. We have another 2% of dollar appreciation baked into our forecasts for the next few months. But in a more hawkish scenario, where US inflation is more entrenched and the Fed needs to move further and keep rates higher for longer than envisioned, I think you could see another 5% to 7% appreciation.”

5. “In some of the more vulnerable pockets of emerging markets, where there is a substantial amount of dollar-denominated debt, there is already a debt crisis. That’s the place you need to look for the real debt problems that are beginning to take place.” (He pointed to Sri Lanka, Pakistan, and Ghana as examples.)

6. “For the dollar boom to end, you need to see convincing evidence that inflation in the US is peaking, because that will allow the Fed to pivot back towards smaller steps, and ultimately to pause this hiking cycle. But currencies are a relative game. You also need to see better news elsewhere.” (He suggested that growth has to pick up in Asia, and the UK and Europe have to navigate a “pretty tough winter” and start showing signs of economic recovery, for the dollar to weaken.)

Read more: Watch for these 3 key events that will determine if stocks are headed for a dramatic decline or a ‘lights-out rally’ in the next few weeks, says a veteran chartmaster who called the latest market selloff