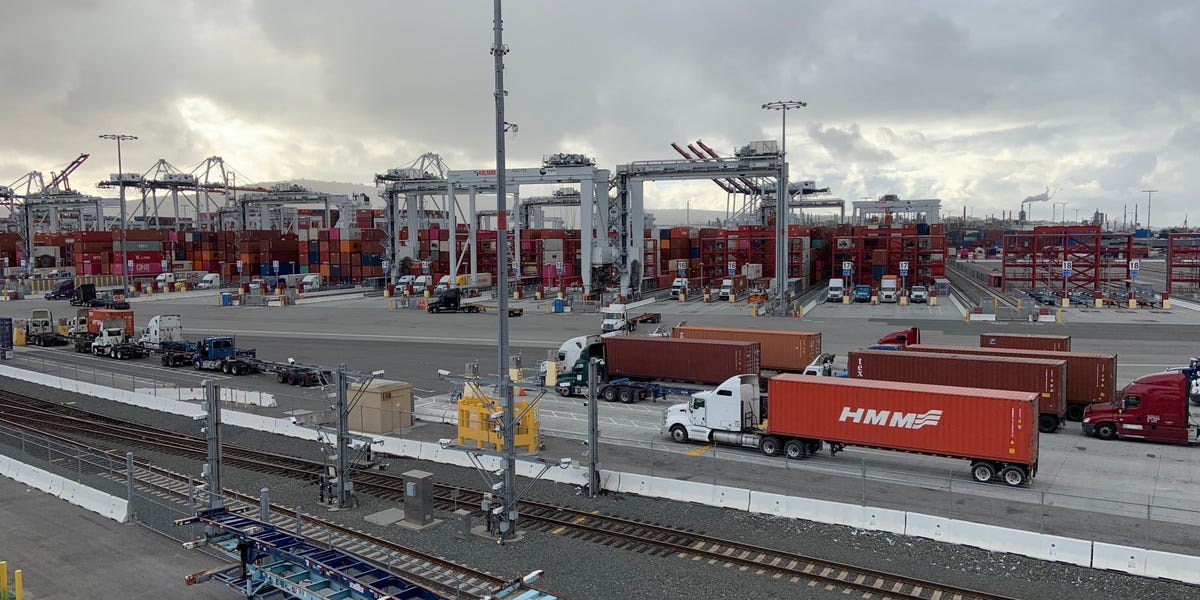 Ports are the perfect place for electric trucks to scale, but getting drivers on board could be a long haul

Ground zero for converting the millions of diesel big rigs on US roads to electric isn’t the highways; it’s the ports.

The local truck runs that get containers out of the port and into a nearby yard or warehouse, called drayage in the industry, greatly reduce air quality in portside communities across the US — not to mention their contribution to global temperature rise.

But the structure of the industry and its resistance to changing how it operated, had made improvement in the process seemingly impossible. Kenneth Adler, a senior contributing scientist at the Environmental Defense Fund, walked away from working on the issue eight years ago — essentially out of frustration. Then, electric trucks started to get real.

Walmart, Target, Amazon, and more have set goals to reach net-zero emissions in a matter of decades, but they don’t fully control their supply chains — especially not the vehicles that move their goods around. That’s where electric trucks come in. The highways will eventually have to change, too, but for those impatient to begin the zero-emissions shift in trucking, ports are the place to start, according to the experts.

“Given these large retailers’ goals for net-zero greenhouse-gas emissions, that light bulb just went off, and I was like, ‘This is where these trucks are going to end up,'” Adler told Insider.

Why ports are a perfect fit for electric trucks — almost

Ports are an ideal place to employ electric trucks at scale because the job of a port trucker matches the capability and limitations of an electric truck. Drayage drivers often return to the port several times a day and, unlike long-haul truckers who ply the nation’s highways, travel at most a few hundred miles in a relatively small radius. That means central charging infrastructure could keep them charged up for these short runs.

The problem? Ports don’t own any trucks. They can install charging infrastructure, work with the local grid, and designate space for charging trucks. But they rely on a cacophonous ecosystem of mostly small trucking companies and even independent drivers.

“The majority are owner-operated. How could they afford to buy a $450,000 truck?” Mario Cordero, the executive director of California’s Port of Long Beach, said.

The Port of Long Beach has pledged to convert to all-electric trucks by 2035; Cordero thinks it will meet this goal ahead of schedule, he said.

The port started moving toward electrification in 2005 and announced in September the coming installation of 60 fast chargers for electric drayage trucks by the end of the year. But it’s been a long road with many potholes.

Retailers and port stakeholders might be on board now, but pressure to reduce emissions 17 years ago didn’t come from them — it came from Long Beach residents.

“None of this would have happened, but for community advocacy,” Cordero told Insider.

A conducive regulatory environment in California helped, too. But even with an expansive plan to slash emissions across port operations, Cordero’s team still had to find a way to make electric trucks a realistic option when it’s time for drayage truckers to trade up. Availability is still an issue, but cost is an even bigger hurdle.

The fix in Long Beach, according to Cordero, is the Clean Truck Fee. The nation’s largest port complex charges about $10 for every truck that enters the sprawling facility, and the funds go into a pot intended to fund the purchase of zero-emissions trucks.

Cordero said the Port of Long Beach, combined with the neighboring Port of Los Angeles, would raise $90 million a year in fees. The conversion will also have to be at least in part government-funded, Cordero said. How the fund will be allocated or released has not yet been explained.

The Port of Houston, which Adler is working with directly, and many other ports around the US are in earlier stages of the long journey to zero emissions. Funding to make zero-emissions-vehicle purchases more feasible for owner-operators is a tough nut to crack, he said.

But even with many unanswered questions, it’s a great time to get serious about changing out trucks, Cordero said.

“The technology is there, so any other port that wishes to encourage the industry to have zero-emission trucks — they can start today,” he said.

According to Adler, the moment to invest in zero-emissions conversions is coming into view. With renewed energy, he’s planning to take the playbook in development in Houston on to other ports like New York, Baltimore, and Norfolk, Virginia.

“If the cost of these trucks continues to go down as predicted, there is going to be this transformation in drayage operations. It’s going to be absolutely crazy,” Adler said.