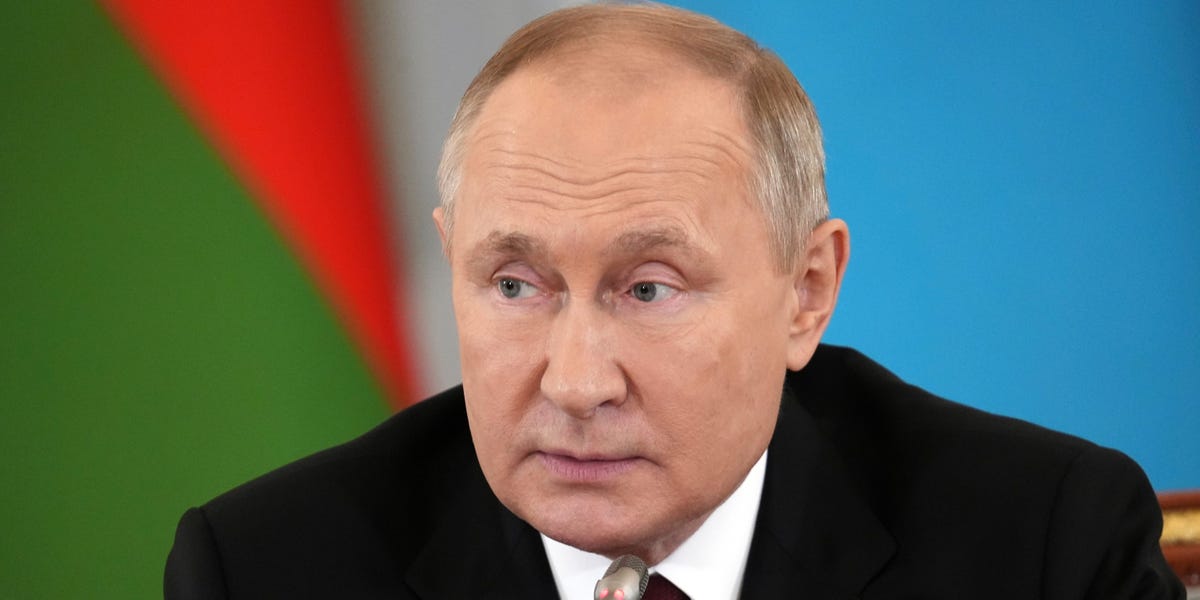 Putin may have wanted to restore the Russian Empire, but his power over former Soviet states is waning as his invasion of Ukraine flounders

When Russian President Vladimir Putin launched an unprovoked attack on Ukraine in February, experts said he was expecting a swift victory and potentially setting off on an effort to restore the Russian Empire or the USSR.

Instead, seven months later, Putin’s power over the post-Soviet region may be shakier than ever as his attention and military power remain fixated on Ukraine.

The lack of Russian leadership in Central Asia and the Caucasus, which spans between the Black Sea and the Caspian Sea, has led to violent border clashes and frustration from Putin’s allies in the region, according to a new report published in The New York Times.

Since the fall of the Soviet Union in 1991, and even before Putin rose to power, Russia has insisted on maintaining influence over post-Soviet states, according to Taras Kuzio, a professor of political science at the National University of Kyiv Mohyla Academy.

“Moscow never truly accepted the verdict of 1991 and has always sought to retain its imperial influence throughout the former USSR,” Kuzio wrote in a piece for the Atlantic Council.

Putin’s desire for the West to stay out of the former Soviet Union has been clear, especially in Ukraine. One of the reasons Putin gave for invading was the eastward expansion of the North Atlantic Treaty Organization. He has demanded that Ukraine — considered an aspiring NATO member — not be allowed to join the alliance.

Experts have speculated Putin was driven by a deeper desire: to restore the USSR or the historic Russian Empire, which predated the Soviet Union and at one point or another included Ukraine, Finland, Belarus, Georgia, Moldova, Kazakhstan, Kyrgyzstan, and Tajikistan, among other nations.

But now “evidence of Russia’s declining influence can be seen throughout the post-Soviet world,” Kuzio said. “On the frontlines in Ukraine, Putin’s invasion force is suffering from increasingly obvious manpower shortages that make a mockery of attempts to portray Russia as the world’s number two military power.”

A violent border conflict between Kyrgyzstan and Tajikistan, both members of a military alliance with Putin, has gone largely unaddressed by Russia. “Of course, they are distracted by Ukraine,” Sadyr Japarov, the president of Kyrgyzstan, recently said, according to The Times.

Armenia, another member of the military alliance, has been subject to attacks by Azerbaijan, again without aid from Russia.

The alliance, the Collective Security Treaty Organization, is made up of six post-Soviet states and has been propped up by Putin as NATO’s counterpart. But it too appears to be at risk, as Armenian Prime Minister Nikol Pashinyan is furious with Moscow’s lack of help and has threatened to leave the alliance, The Times reported.

To make up for major losses, Russia has also had to withdraw forces stationed in some post-Soviet states to redirect them to the frontlines in Ukraine, again signaling to those states that Moscow’s power is on the decline, Kuzio said.

Meanwhile, the lack of Kremlin leadership in the region has left an opening for other states to step in.

“Russia’s humiliating military setbacks in Ukraine and economic isolation from the Western world have confirmed its status as China’s junior partner,” Kuzio wrote, adding: “China has replaced Russia as the preeminent power in Central Asia.”

In addition to declining influence over post-Soviet states, Russia’s relationships with powerful partners are also on uncertain ground after the leaders of both China and India last month publicly acknowledged concerns about the war in Ukraine.

Putin has escalated the war since, but Russia has continued to suffer humiliating defeats, such as the explosion on Saturday of a key bridge connecting Crimea to the Russian mainland.

Have a news tip? Contact this reporter at kvlamis@insider.com.