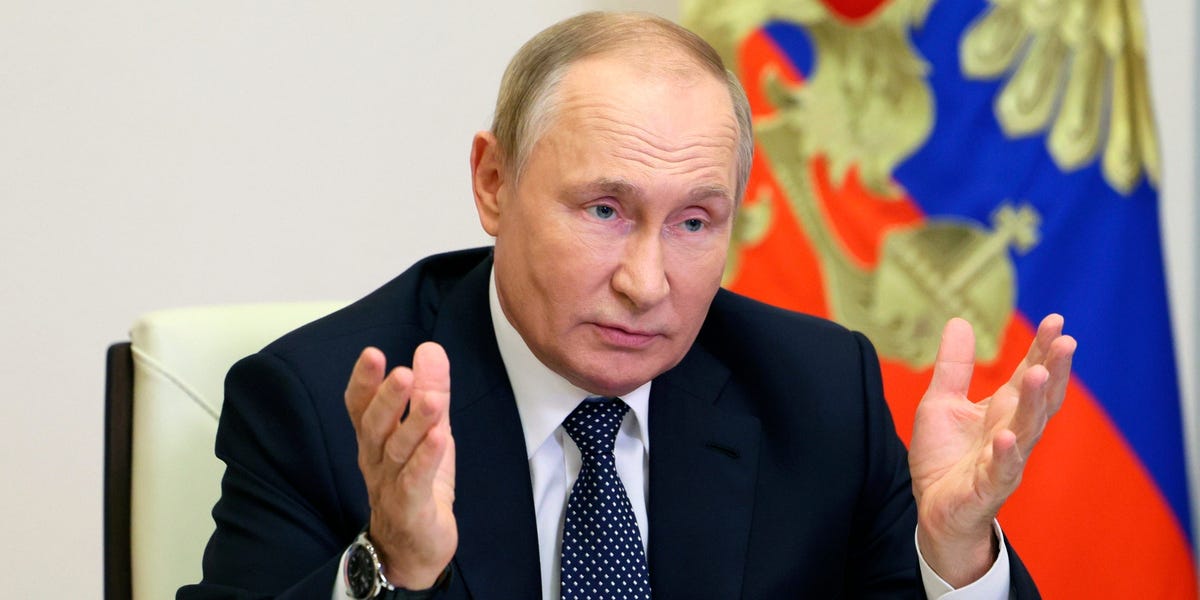 
Russian President Vladimir Putin on Wednesday said he has always respected the people and culture of Ukraine — a neighboring country his forces invaded without provocation earlier this year, starting a war that has claimed thousands of civilian lives.

“We always, and even today despite the current tragedy, hold great respect for the Ukrainian people, Ukrainian culture, language, literature, and so on,” Putin said while speaking at an award ceremony for teachers, according to Reuters’ translation.

But, Putin went on to say, Russia couldn’t allow what was happening in Ukraine to the Russian culture and the Russian language, according to a video of his remarks shared by Ukraine World. Putin appeared to be alluding to his prior claim that Ukraine was committing genocide against ethnic Russians, however, no evidence has ever emerged supporting this assertion.

Despite his remarks about respecting Ukrainian culture, Putin has repeatedly dismissed the country’s right to exist. When justifying his invasion in February, Putin baselessly asserted that Ukraine was not a real country, was created by the Soviet Union, and had no legitimate right to statehood.

Many historians have rejected that assessment, citing overwhelming evidence of Ukrainian culture and history that predates the Soviet Union, which was formed in 1922.

The histories of Russia and Ukraine are intertwined, and parts of Ukraine were at some point part of the Russian Empire. But Cliff Kupchan, chairman of the political Eurasia Group, a political risk consulting organization, told The New York Times in February: “Putin’s argument today that Ukraine is historically subsumed by Russia is just not right.”

Kupchan added that “the breadth and vehemence with which he went after all things Ukrainian was remarkable.”

Putin also has falsely said Russia gave Ukraine the right to break away after the dissolution of the Soviet Union. In fact, the Ukrainian people overwhelmingly voted for independence in a 1991 referendum. About 84% of eligible voters went to the polls and more than 90% voted in favor of independence.

Since Russia invaded Ukraine, the United Nations has confirmed more than 14,000 civilian casualties, with 5,767 killed, as of September. However, the true numbers are believed to be much higher. Ukrainian officials said in August about 9,000 Ukrainian service members had also died during the war.

Speaking Wednesday, Putin also said he would stabilize the four regions of Ukraine that he has claimed are now part of Russia, an annexation dismissed as illegal and invalid by Ukraine and the West.