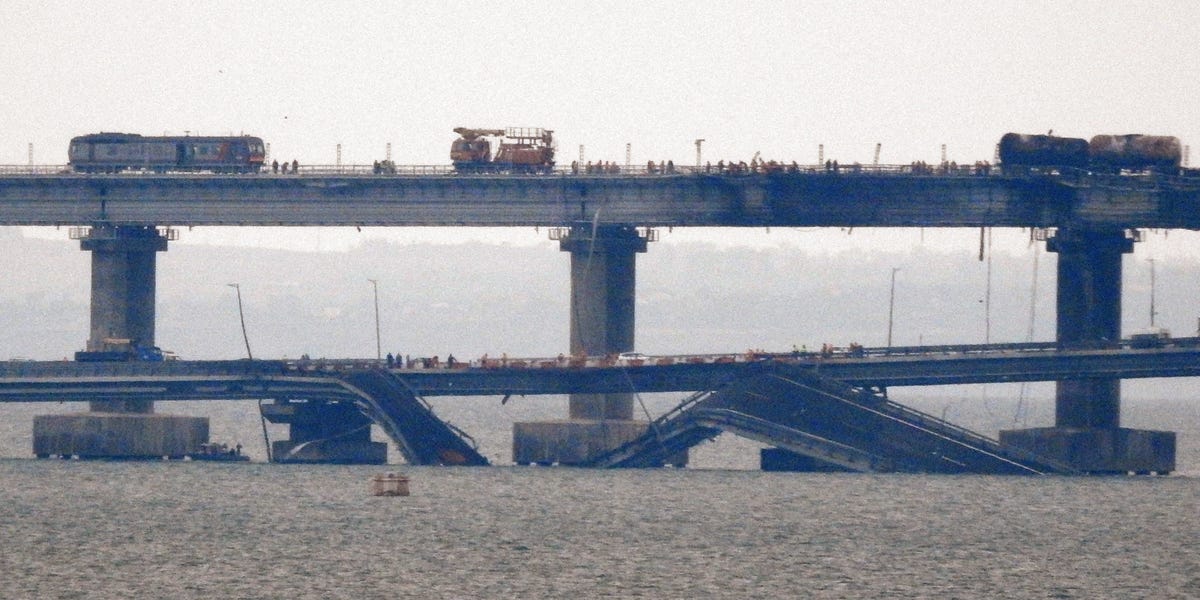 Russian President Vladimir Putin has accused Ukraine of perpetrating a terrorist act after the Kerch Strait Bridge, a significant linkway between Russia and Crimea, was damaged by a blast on Saturday.

Putin’s comments on Sunday, published by Russian state-owned media outlet TASS, pointed the finger at Ukraine for the attack.

“This is a terrorist act aimed at destroying the critical civilian infrastructure of the Russian Federation. It was ordered, authored, and carried out by the special services of Ukraine,” he said while speaking to Alexander Bastrykin, head of Russia’s investigative committee.

Putin’s remarks came the same day that Dmitry Medvedev, the deputy chairman of Russia’s security council, told Kremlin-linked journalist Nadana Fridrikhson that Russia would look to kill the “terrorists” responsible for the attack.

“Russia can only respond to this crime by directly killing terrorists, as is the custom elsewhere in the world. This is what Russian citizens expect,” Medvedev said in an interview published on Fridrikhson’s Telegram channel on Sunday.

“That was a terrorist act and sabotage committed by the criminal Kyiv regime,” Medvedev added. “There never was any doubt about that. All reports were presented and conclusions made.”

The Kerch Strait Bridge blast damaged a key supply route between Russia and its troops deployed in southern Ukraine. The bridge is also symbolically significant to Putin, who drove a truck over it in May 2018 to celebrate its opening — four years after Russia annexed Crimea in 2014.

Putin’s allies are now pushing for retaliation for the blast, which killed at least three people.

In July, Ukrainian President Volodymyr Zelenskyy called Russia the “biggest source of terrorism in today’s world” while also accusing it of murdering Ukrainian prisoners of war. This was after Zelenskyy branded Russia a “terrorist” state in June and called for it to be expelled from the United Nations.

In September, Ukraine also accused Russia of carrying out a “terrorist attack” on the Nord Stream 1 and 2 pipelines, which deliver natural gas from Russia to Europe, despite Moscow not claiming responsibility for the incident.

While Ukraine has not officially claimed responsibility for the Kerch Strait Bridge blast, tweets from officials have hinted at the country’s involvement.

“Crimea, the bridge, the beginning,” Mykhailo Podolyak, an adviser to Zelenskyy, tweeted on Saturday. “Everything illegal must be destroyed. Everything stolen returned to Ukraine. All Russian occupiers expelled.”