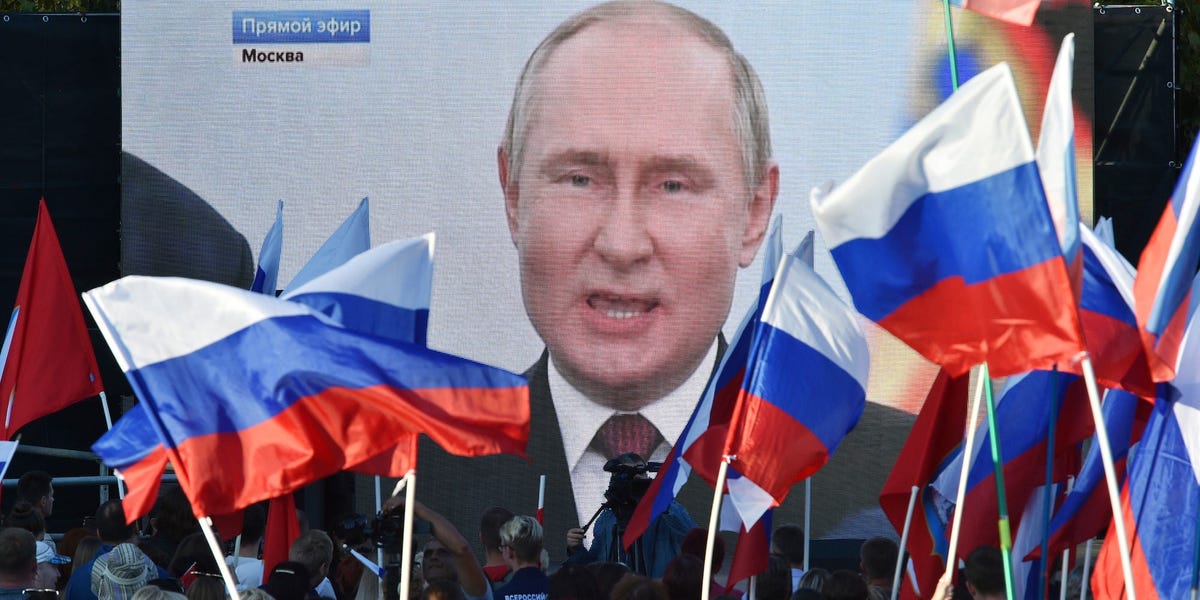 Putin’s missile barrage on Ukraine showed weakness instead of strength, former speechwriter says. ‘There’s nothing else the army can do.’

Russian President Vladimir Putin’s former speechwriter said that a barrage of missile strikes across Ukraine actually showed that he is “powerless.”

Abbas Gallyamov, who is a political consultant after working for Putin in 2000-2001 and 2008-2010, discussed the attacks with The New York Times.

His assessment was that Putin’s attacks were an attempt to demonstrate power to his internal critics, but ultimately backfired.

He said of the attacks: “This is important from the domestic political perspective, first and foremost.”

“It was important to demonstrate to the ruling class that Putin is still capable, that the army is still good for something.”

“The response was supposed to show power, but in fact it showed powerlessness. There’s nothing else the army can do.”

The observation was a reference to the string of setbacks suffered by Russia ground forces, which have been steadily pushed back from Ukrainian territory in recent weeks in a major public embarrassment for the Kremlin.

Putin escalated his attack on Ukraine on Monday morning, sending dozens of missiles at cities across the country, including the capital, Kyiv, and other cities in the west that had not seen any such attack in months.

At least 19 people were killed, according to Ukrainian officials.

To an extent the strikes appeared to have the desired effect, prompting celebration from hardliners who had recently been criticizing the military, the BBC noted.

But many world leaders and Ukrainian officials have, like Gallyamov, described Putin’s act as one rooted in weakness.

UK Prime Minister Liz Truss said “The appalling attacks on civilian areas in Kyiv and elsewhere are a clear sign of Putin’s desperation.

Charles Michel, one of the EU’s most senior officials, said “that the Kremlin resorts to these tactics only indicates its own growing desperation.”

Dmytro Kuleba, Ukraine’s foreign minister, said on Monday that “Putin is desperate because of battlefield defeats and uses missile terror to try to change the pace of war in his favor.”

Russia’s attacks on Monday did not appear hit any military targets. One blast in Kyiv tore apart a popular park, lading next to a children’s playground.

The strikes had no effect on the frontlines, where Ukraine’s army has been successfully pushing Russia back.

One expert told Insider’s Jake Epstein that Putin is trying to “create terror and chaos amongst the civilian population.”

Ukrainian officials say the strikes only strengthened Ukraine’s resolve to fight. US President Joe Biden said the attacks “only further reinforce our commitment to stand with the people of Ukraine for as long as it takes.