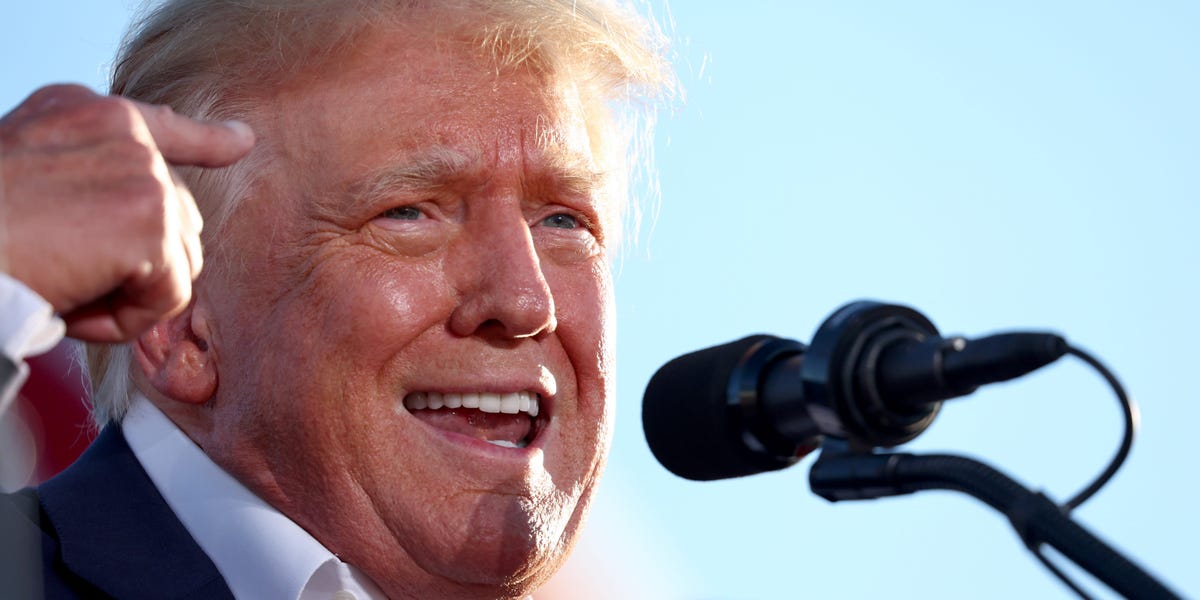 An understandable desire to avoid a nuclear war could actually make the world more dangerous if it means rushing to implement a “peace” in Ukraine that serves Russian interests, an expert told Insider.

Such a move, which some influential figures have called for, risks setting a precedent that atomic blackmail is the way to win wars and take territory troops can’t otherwise hold, a model that could be copycatted by even the weakest nuclear-armed states, and may only succeed at delaying another war.

Pavel Podvig, an expert on Russia’s nuclear doctrine and capabilities at the UN Institute for Disarmament Research, said in a phone interview from Geneva that such a deal — on terms deemed favorable by Moscow, in the wake of battlefield losses and in explicit response to the Kremlin’s nuclear brinkmanship — could well make the world much less peaceful.

“The West supports Ukraine with weapons and financial and moral and political support. Giving that up and saying that, ‘Well, you know, we are too afraid of nuclear threats and so we just want to make a deal’ — that would certainly set a precedent that would not be very positive,” Podvig said. “If you yield to this nuclear threat once, then what would prevent Russia in the future — or others — to do the same thing again?”

“Just giving in at this point,” he continued, “would actually be dangerous.”

Talk of nuclear Armageddon has grown to a fervor in recent weeks as Russian President Vladimir Putin, his military losing ground in what was originally intended to be a 72-hour regime-change operation, has doubled down on existential threats to Ukraine and partner nations.

“If the territorial integrity of our country is threatened, we will certainly use all the means at our disposal to protect Russia and our people,” Putin said in a speech last month, just before nominally expanding Russia’s borders by illegally annexing swaths of eastern Ukraine. “This is not a bluff,” he said.

Although experts and intelligence agencies have seen no signs that Russia is preparing to match its leader’s rhetorical belligerence with a nuclear strike, the prospect of such an attack, however minuscule, is nonetheless a source of growing concern given the unpredictability of military conflict and speculation over the mental state of the man who started the war in Ukraine.

Some observers, in good or bad faith, have cited the possibility of the unthinkable as all the more reason to negotiate a ceasefire and have at times criticized the US administration they see as leading the world to the precipice of nuclear conflict with its steady stream of aid to Ukraine.

“We must demand the immediate negotiation of a peaceful end to the war in Ukraine, or we will end up in World War III and there will be nothing left of our planet,” former President Donald Trump said at a rally this month, attacking the “stupid people” who “don’t understand the power of nuclear.”

The terms of such negotiations are typically left to the imagination.

Ukraine has said it will never sign away territory currently occupied by Moscow — after Russia annexed Ukrainian land, Ukrainian President Volodymyr Zelenskyy declared that any peace talks were off the table — while the Kremlin has itself sabotaged previous negotiations with maximalist demands that Ukraine disarm and abandon ties with its European partners to become a de facto adjunct of Russia.

Tesla CEO Elon Musk,arguing that allowing the conflict in Ukraine to continue could result in a “nuclear war,” spelled out this month what a potential peace could look like, tweeting out a plan that would see Ukraine swear off its NATO aspirations and allow for the possibility of Russia to hold on to the land it has captured, including Crimea, which Musk said had been mistakenly given to Ukraine in the first place by the Soviet Union.

Musk’s proposal was derided by Ukraine, with one Ukrainian diplomat telling him to “fuck off,” but welcomed by the Kremlin amid reports, disputed by the tech billionaire, that it was presented after consultations with Moscow.

Though his plan was met with criticism and few outside Russia took Musk’s proposal seriously, his critics acknowledge his stated motivation — the possibility of nuclear war — is a real concern.

In discussions with Insider, Podvig said that Russia could decide to use nuclear weapons if its hold over Crimea were threatened.

Political analyst Ian Bremmer said that Musk told him in a recent interview that such a possibility drove his decision to block Ukraine’s access to the Starlink satellite internet service on the peninsula.

Podvig also said that instead of a small, “tactical” nuclear weapon, Russia would likely — if the purpose was to make a demonstration of its resolve to Kyiv and the West — elect instead to go big and destroy an entire city to achieve the necessary “shock.”

“You really would have to kill a lot of people,” Podvig said. “We are talking about tens, maybe hundreds of thousands of people. And you would have to do that very much in cold blood.”

He doesn’t think Russia is anywhere near that point, arguing that it’s not at all a sure thing that the Russian military would carry out an unequivocal war crime on such a scale. He also stressed that we would likely know if it were planning such a move because Moscow would want to broadcast its intentions for the same reason it threatens to go nuclear today: to get the West to back down.

Though Podvig argued that a rushed peace agreement tilted in Russia’s favor would only encourage nuclear blackmail and drive home the point that only by possessing and threatening to use of nuclear weapons can a nation achieve it security goals, he also said there are real risks associated with going in the other direction.

Direct intervention in Ukraine by the US or other NATO members, such as boots on the ground or planes in the sky, could lead Russia to conclude that it faces an existential threat, providing a clearer rationale for going nuclear.

“That’s directly the path to escalation, in my view,” Podvig said.

There is an alternative to abandonment or escalation: diplomacy that cannot be misread as surrender, he explained.

By maintaining support for Ukrainian resistance, without slipping into the pitfalls of direct intervention, the US and its allies could hold onto the moral high ground necessary to “preemptively mobilize the world community, all states, in condemnation of any even attempt to bring nuclear weapons into this conflict,” Podvig said.

Instead of capitulation, dressed up in a universal desire for peace, he argued, “You could in effect show – demonstrate in practice — that nuclear weapons are not a useful instrument of terror and compellence.”