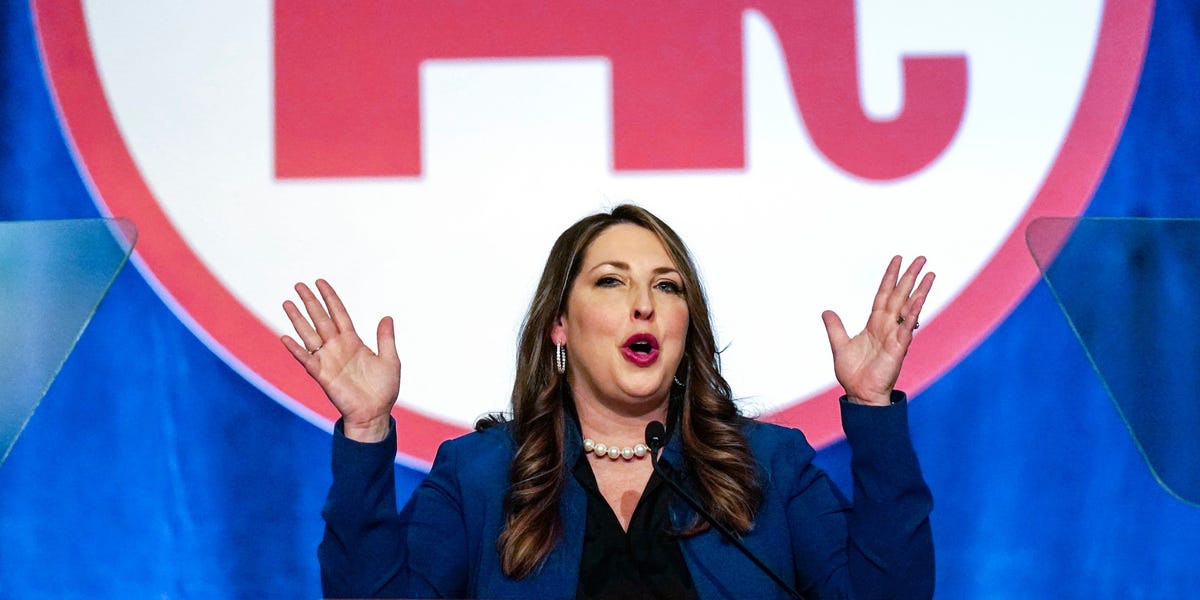 RNC chair predicts the Senate will be narrowly split following the midterms, Oz will surpass Fetterman, and the GOP will retire Pelosi as House Speaker

The Chairwoman of the Republican National Committee made a number of predictions about November’s midterms, including that the Senate will be narrowly split and that if the GOP wins, it will “retire” Nancy Pelosi as the House Speaker.

In an interview with Jon Decker, a White House correspondent for Gray Television, Ronna McDaniel was referring to the fact that if Republicans take the house, they will be in charge of electing a new Speaker.

She told Decker she thinks the Senate will be very tight. “I think it will be one seat either way,” she said.

“Everything is trending towards Oz and we feel really confident in this race,” McDaniel said.

When asked about the allegations surrounding Herschel Walker, the Georgia Republican nominee for Senate, McDaniel told Decker he’s been “very forthcoming” about his struggles with mental health.

Those allegations include Walker paying for a former girlfriend to get an abortion despite being a staunch opponent of abortion rights. Walker has denied paying for an abortion, calling the story a “flat out lie.” Walker’s son and ex-wife have also accused him of being “physically abusive.”

Representatives for McDaniel did not respond to Insider’s request for comment.