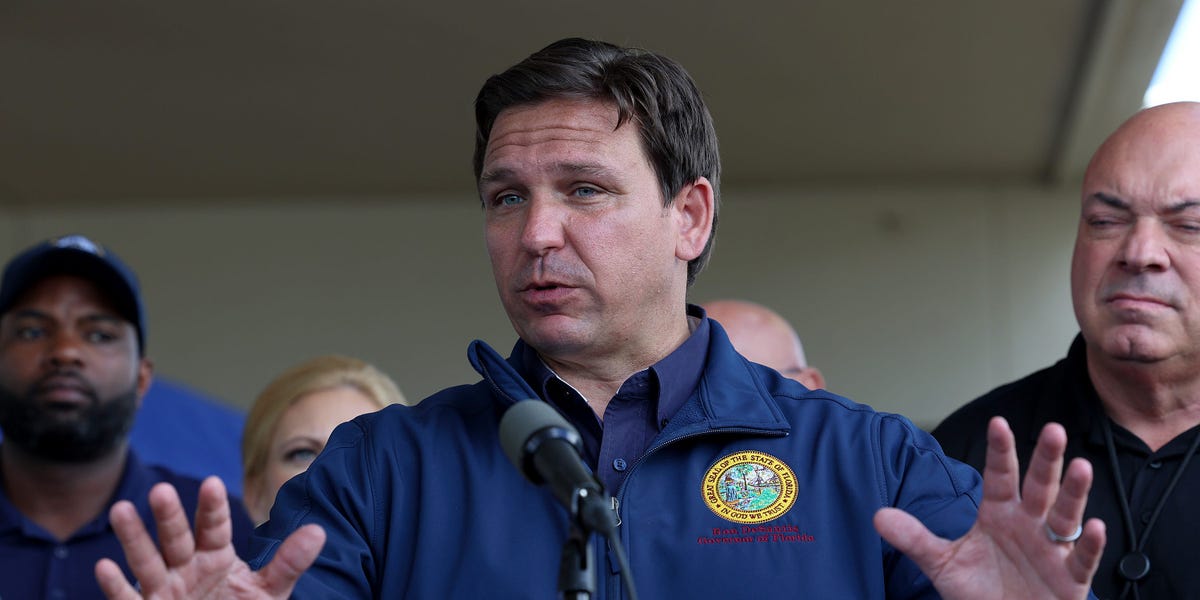 
Gov. Ron DeSantis argued that the “national regime media” wanted to see the brunt of Hurricane Ian hit Tampa because they thought it would be “worse for Florida” and “advance their agenda.”

DeSantis was speaking with the site’s founder and editor-in-chief Brendon Leslie, who stormed the US Capitol on January 6, 2021. Leslie asked whether there would be “any accountability in the media” for focusing on the storm hitting Tampa. National forecasters predicted the storm would devastate Tampa before it made landfall about 75 miles south.

More than 100 people have been reported killed by the hurricane, with many of those deaths in Lee County.

DeSantis, under scrutiny as a potential 2024 presidential contender, continued media bashing, arguing that the media doesn’t care about lives in Florida and if “they can use it to pursue their political agenda, they will do it.”

He suggested the media attention to Tampa altered evacuation plans for some people, who thought they might be better off staying put.

DeSantis said models showed a shifting storm path, from the Tampa Bay area to the south, and that he made the case “the whole time, it’s unpredictable” and that everyone needed to be on alert.

He said it’s “not even appropriate” right now to question evacuation decisions in Lee County, the county where Fort Myers is located that took the main hit of the storm. It’s fine to do that later “when the dust settles,” he said.

“There’s so many other things that people need right now, they don’t need any more pissing contests,” he said.