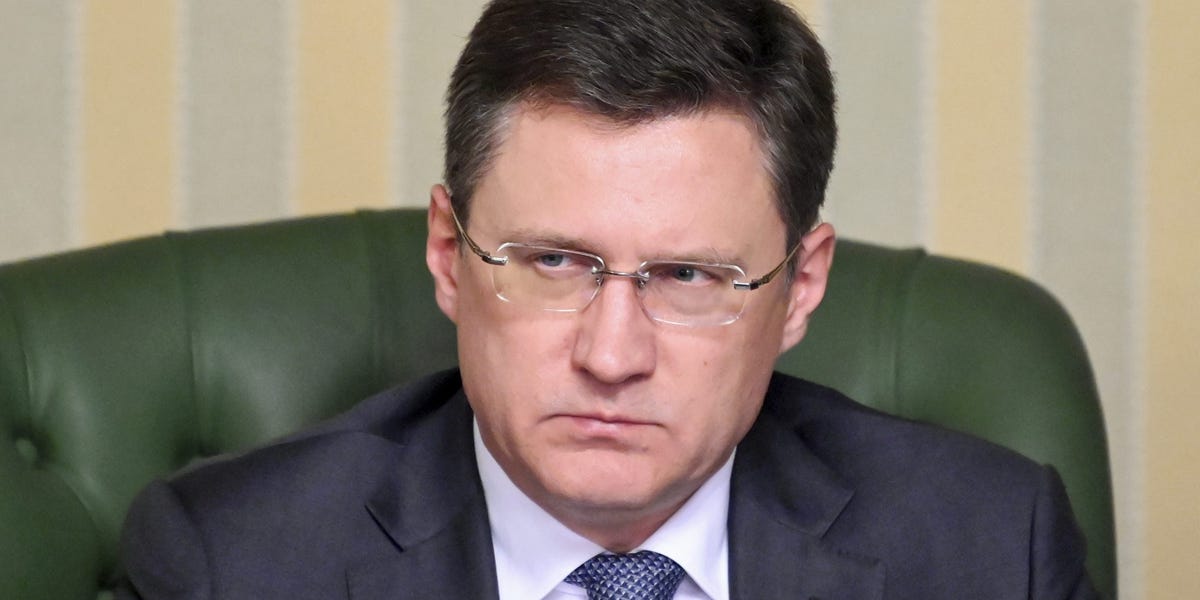 
Russia could cut oil production if a price cap on its crude is introduced, the country’s deputy prime minister said.

A proposed price cap, instigated by the G7, would force refiners, traders, and financiers not to handle Russian oil unless it was traded below a specified price.

The European Union agreed to it on Wednesday, despite hesitation from some of its member states.

“If the price cap is introduced and we can’t redirect the oil to other markets, we will cut our production by as much as needed,” Russian Deputy Prime Minister Alexander Novak said, Bloomberg reported Wednesday.

He added the cap created “a very bad precedent” that “will primarily hit the ones who are actually doing it.”

Novak added it could lead to crude shortages. “We know, and history has uncovered countless number of examples, that market interference, especially with a mechanism of price controls can only lead to deficits of a certain good,” he said.

Novak added that the country’s oil production could fall to 490 million tons in 2023 from 530 million tons this year, per Bloomberg.

After the G7 agreed to pursue a price cap in early September, Russia threatened to ship more crude to Asia, where it has been selling its oil at a discount since its Ukraine invasion.

Oil prices have ticked higher recently thanks to concerns about OPEC+ production cuts, after they trended downwards for the past four months.

Russia’s threat comes after OPEC+ and its allies agreed to slash daily crude output by 2 million barrels per day, which will likely squeeze an already tight oil market.

US President Joe Biden was “disappointed” by the “shortsighted” cut, the White House said.

Brent crude futures, the international benchmark, were down 0.13% to $93.16 at last check on Thursday.