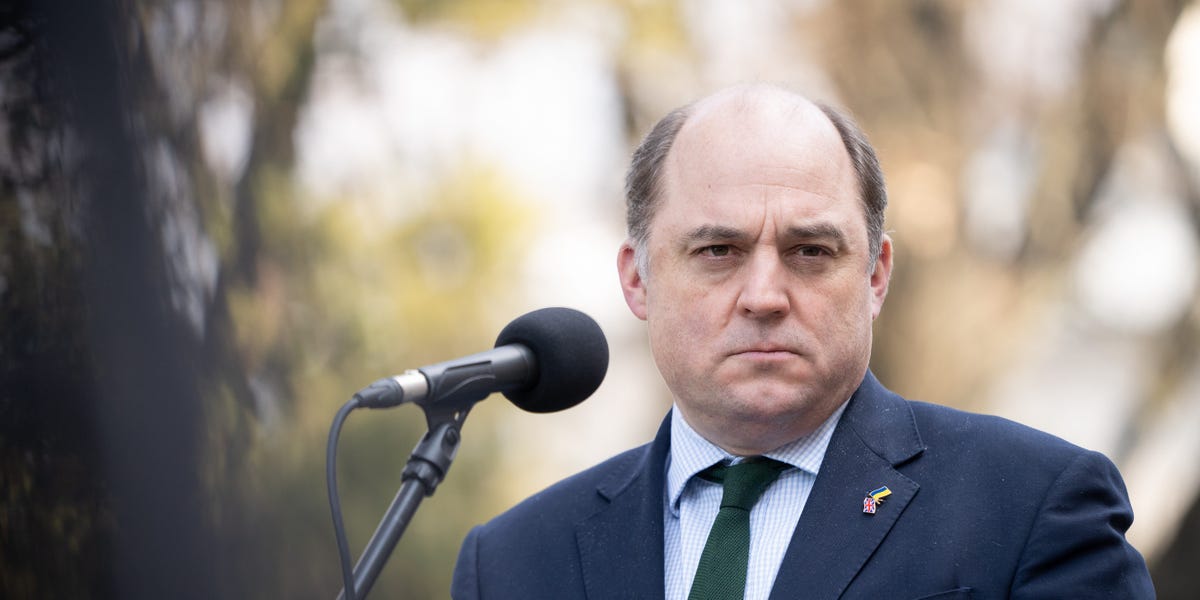 Russia will run out of arms before Ukraine does because it has isolated itself so much, UK defence secretary says

The UK’s defense minister said that Russia will run out of weapons before Ukraine does, because Russia is isolated and cut off from the global supply chain.

Ben Wallace was asked by Sky News in an interview shared on Thursday if “there a risk that western allies are going to run out of weapons to support Ukraine first,” compared to Russia.

Wallace said in response that there was not.

He this was the case because Ukraine’s Western allies are not at risk of running out “unlike Russia, which has already isolated itself.”

Russia’s ability to make and repair weapons and ammunition is tied up in a global supply chain that it has little current access to, he said.

“They need a supply chain, and large parts of their supply chain were not in Russia, they came from all over the world including in Europe and including, indeed, even in Ukraine,” he said.

Ukraine’s allies have imposed several waves of sanctions on Russia, cutting it off from key supplies, since the war began.

But there have been reports that the West is reaching the limits of its capacity to supply Ukraine with ammunition, as The Wall Street Journal and CNBC reported.

An assessment in September by the Center for Strategic and International Studies listed the stockpile status of five key weapons — including the famed HIMARS — as “limited.”

Addressing these kinds of concerns, Wallace said: “We have the ability to refurbish and indeed manufacture a new supply chain, which is what we’re doing right now.”

But CSIS noted that topping up US reserves can be a slow process, thanks to factors like long production lead times.

And French President Emmanuel Macron said on Wednesday that France “cannot deliver as much as the Ukrainians ask for” as it needs to keep some weapons itself.

Wallace said that the IFU, a new international fund to provide equipment and support to Ukraine announced in August, is an illustration of how the West can keep supplying Ukraine with weapons.

The manufacturing orders placed through that will “make sure we can go on in 2023 and 2024, and keep going on,’ he said.

Russia itself has also ended up being a big supplier of weapons to Ukraine on top of the West’s contributions, according to The Wall Street Journal.

As Ukrainian forces pushed back and retook large swathes of territory in the north and east, fleeing Russian soldiers have abandoned large stockpiles of weapons and ammo.

Ukraine now turned these the Russians, the outlet reported.

Wallace said that Russia’s isolation from most of the world was starkly illustrated in a UN vote on Wednesday, when 143 countries backed a motion to condemn its invasion of Ukraine.

The only four countries to vote against the motion other than Russia itself — North Korea, Belarus, Syria, and Nicaragua — are all countries with highly repressive regimes.

Russia has turned to to such pariah states for weapons supplies, with US intelligence claiming that North Korea had supplied it weapons. North Korea has denied the move, which would be in violation of UN sanctions.

Russia has also taken delivery of Iran-made drones, which Ukrainian officials reported were in use throughout the fall, including during President Vladimir Putin’s most recent bombardment of Ukraine.