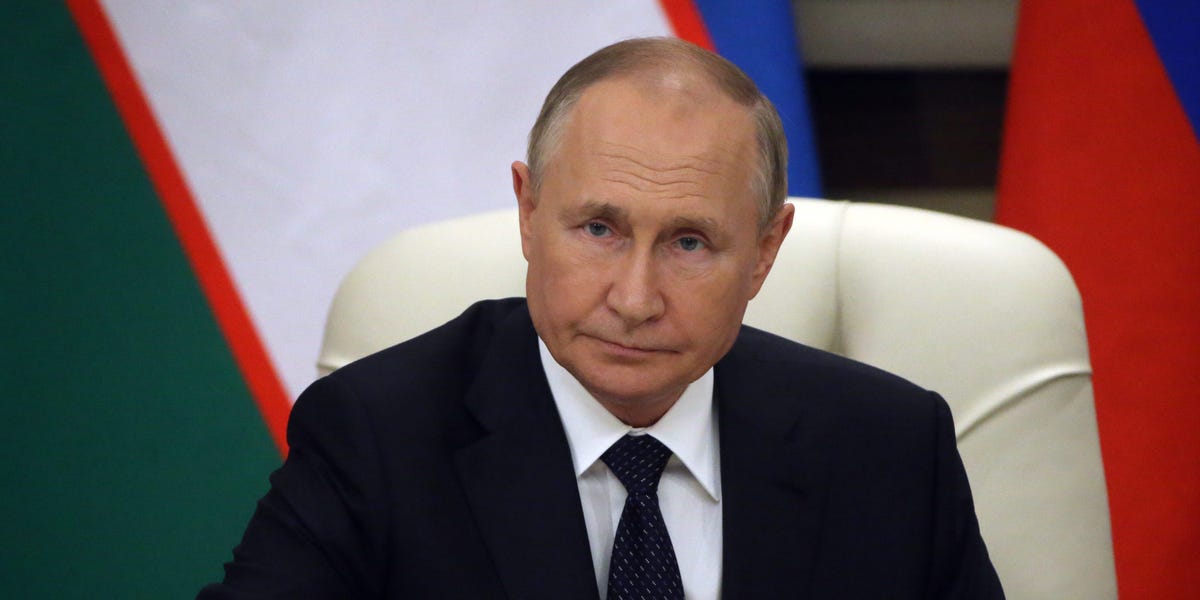 Russia’s spate of deadly missile strikes across Ukraine this week is indicative of President Vladimir Putin’s rapidly decreasing options amid his country’s struggling war effort, according to a Russia expert.

“It was basically an extraordinary tantrum,” Simon Miles, an assistant professor at Duke University’s Sanford School of Public Policy and a historian of the Soviet Union and US-Soviet relations, told Insider.

The bombardments, which killed at least 21 people on Monday and Tuesday, were another marked escalation by Russia and the biggest air strike yet in the nearly eight-month war. The attack also knocked out power, water, and heat in parts of the country.

Putin said in a televised speech on Monday that the strike was retaliation over a blast that damaged a key bridge connecting Russia and Crimea over the weekend. But Ukrainian officials later suggested that Russia had plans to launch missiles before the bridge was ever hit.

Putin also claimed that the strikes were directed solely at Ukrainian military, energy, and communications targets, but photos and videos show the aftermath of Russian munitions in civilian areas.

Still, the assault was far from an outright success for Russia. Ukrainian officials said the country’s forces had shot down more than half of the missiles fired by Russia on Monday evening.

“The Russian military can only hope to achieve effects through terror bombings like this,” he added.

The Russian army has suffered a series of significant setbacks in recent months amid mounting military losses, depleted manpower and morale, and a fierce Ukrainian resistance. Their ground forces are unequipped to change the course of the war from the battlefield, Miles said, thus prompting Putin’s ineffectual air strike.

While Russia’s recent strikes won’t be a one-time occurrence — the country unleashed a second bombardment throughout Ukraine on Tuesday — it is a tactic that is likely to be short-lived.

“I don’t think they can keep doing it because they’re running out of these tools, so that’s another reason why this makes little sense,” Miles said. “It’s expanding precious, scarce resources on nothing of any military value.”

He added that the “morally reprehensible” attacks could be a stalling technique as Russia hastily tries to put its recent mobilization order to effect, training hundreds of thousands of reservists that the country hopes can generate some land victories in the coming weeks.

But several military and intelligence experts previously told Insider that the partial call-up is unlikely to turn the tides of war given Russia’s depleted military infrastructure and Ukraine’s ‘sky-high’ morale.

Putin’s recent escalations — the mobilization order, his nuclear threats, and the missile strikes — are all half-baked solutions to a problem of his own making.

The Russian president launched the war under the guise of ridding Ukraine of “neo-nazis” and predicated violence on a lie that Ukraine was not a sovereign nation. Now, months into a war that should have been a quick and easy defeat for Russia, Putin’s domestic power is increasingly at risk, which leaves the once sacrosanct leader in a tenuous position with few options.

“I think what he’s trying to accomplish is he’s trying to break the Ukrainian population’s will to fight,” Miles said. “If he thinks that’s on the table, he’s woefully misinformed.”

In the aftermath of this week’s attacks, Ukraine issued a clear message: the country will mourn its dead, fill the holes, and continue to fight, Miles said.

“Putin’s sort of fantasy of Ukraine as this national house of cards has been proven wrong time and time again,” he added.