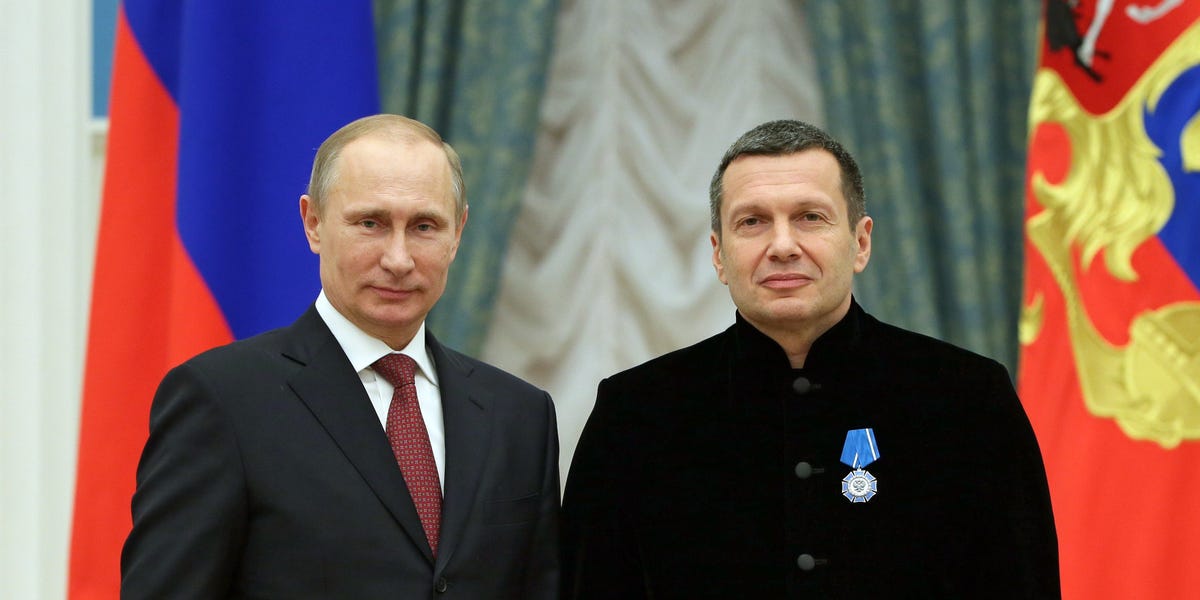 
A Russian TV host and propagandist recently claimed that Ukrainian forces are timing a counter-strike in the next two days to spoil President Vladimir Putin’s upcoming 70th birthday on October 7 – despite the fact that Ukraine’s military embarked on a counter-attack against Russia as early as the beginning of September.

In his interview Thursday with Andrey Gurulyov, a former deputy commander and current member of Russia’s lower parliament, Russian TV host Vladimir Solovyov discussed what he called “worrisome” reports of Ukrainian forces making headway in the Kherson region and Luhansk and that Ukraine plans to strike again in the upcoming days.

“It’s obvious that today and tomorrow will be extremely intense days, that the enemies will attack from all directions,” Solovyov claimed. “Their goal is to ruin the Russian president’s birthday. They like symbolism.”

Solovyov continued to cite a report from that day that stated Ukraine’s military entered a portion of the “Luhansk People’s Republic,” a reference to the Luhansk region.

But the suggestion that Ukraine has timed a counter-offensive to “ruin” Putin’s birthday is misleading, since the strikes began around September 6, according to the Institute for the Study of War.

“Ukrainian forces began the maneuver phase of their counteroffensive in Kharkiv Oblast — which has now reached Luhansk Oblast — on September 6,” according to an October 5 report from the think tank.

Since the counter-attack, Ukraine has recaptured about 500 towns and villages, according to The New York Times. And its troops continue to make progress in the east and south portions of the country.

On Thursday, the UK Defense Ministry reported in an intelligence update that Ukraine began to recapture the southeastern region of Kherson on Sunday, pushing back Russian troops. However, it’s possible that the retreat is a strategic maneuver by Russia to strengthen its defense in the key city of Kherson, the region’s capital, according to The Washington Post.