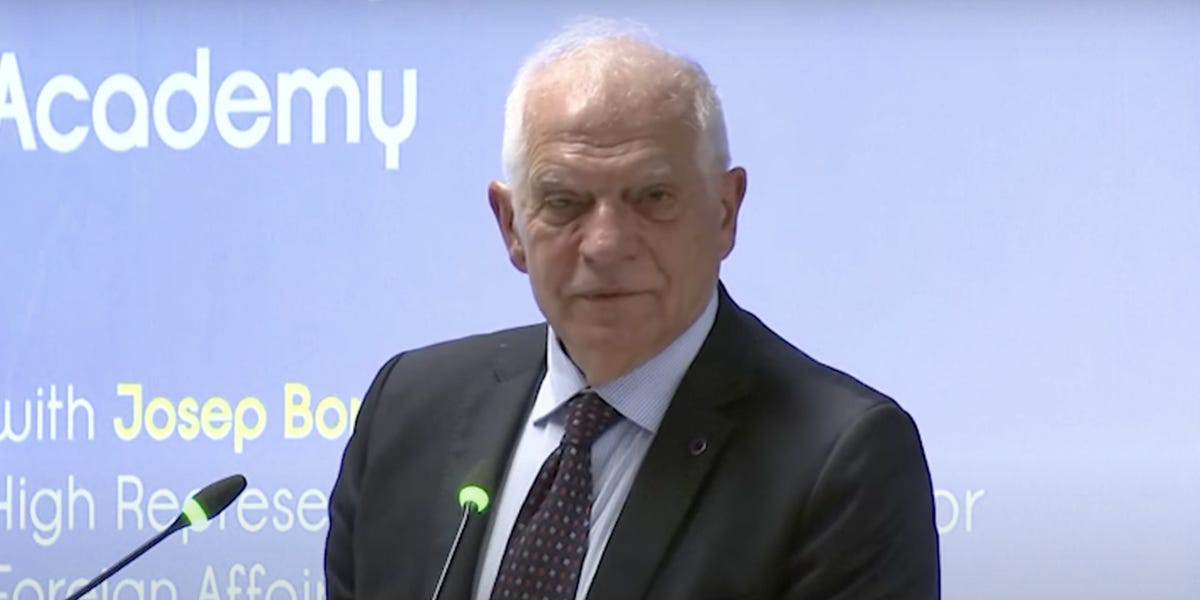 Russia’s army would be ‘annihilated’ by the West if Putin uses a nuke in Ukraine, senior EU official predicts

President Vladimir Putin’s army would be “annihilated” by a non-nuclear military response from the West if he were to use a nuclear weapon in Ukraine, a top EU figure predicted on Thursday.

Putin “can not afford bluffing” over nukes, EU foreign policy chief Josep Borrell said in remarks at the opening of a diplomatic academy in Brussels.

Putin and various Kremlin officials have alluded to Russia’s nuclear stockpile and threatened dire military when warning the West to keep out of the invasion of Ukraine.

On September 21, as he announced his mobilization of reservists to the battlefield, Putin alluded to his nuclear stockpile and said Russia would “use all the means at our disposal” if the country’s “territorial integrity” were threatened. “This is not a bluff,” he said.

Referring to this on Thursday, Borrell said: “Putin is saying that he’s not bluffing. Well, he can not afford bluffing.”

Ukraine’s supporters — NATO, the EU and the US — “are not bluffing either,” Borrell said.

“And any nuclear attack against Ukraine will create an answer. Not a nuclear answer, but such a powerful answer from the military side that the Russian army will be annihilated,” was his prediction.

As an EU figure, Borrell does not control any military force.

But in his role he represents member states including France, a nuclear power, and 21 of NATO’s 30 members, and has been involved in other aspects of the Western response to the invasion.

US officials have seen no signs that Russia is actively preparing to deploy nuclear weapons, as Insider’s John Haltiwanger and Charles R. Davis reported. Strategists have long warned that responding to nuclear attacks with more nukes could cause an escalating conflict with world-ending consequences.

He said that the West must not waver in its support for Ukraine and should “continue looking for diplomatic solutions when possible.”