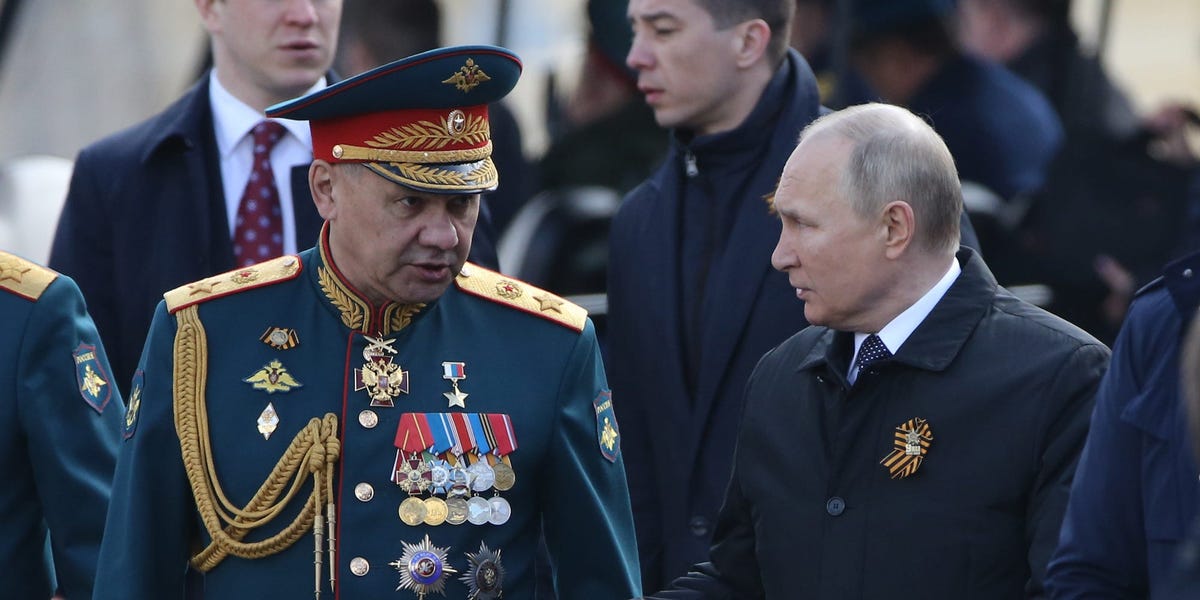 Russian defense minister Sergei Shoigu would be “happy” to lose his job following a string of disastrous Russian defeats in Ukraine, according to The Guardian.

Shoigu, a close ally of Russian President Vladimir Putin, is the target of anger over Russia’sabysmall military performance, The Guardian reported. The Kremlin is tempted to make him a scapegoat and fire him, the newspaper said.

But Shoigu would welcome the opportunity to leave his post, a former Russian defense official told The Guardian.

“Knowing Shoigu, I truly believe he would be happy to get sacked right now,” the unnamed source said. “He wants out of this mess.”

The former defense official added that Shoigu does not support the recent “annexations” of occupied Ukrainian territory. He also noted that firing Shoigu would be considered an embarrassment to Putin, per The Guardian.

“Even if Shoigu isn’t happy with what is happening, he’ll always be loyal to Putin and do his job,” the source said. “Putin knows he can fully trust him.”

Russia has suffered a series of setbacks in its campaign to seize control of Ukraine, Insider’s Tom Porter reported.

Ukrainian forces recently pushed back the Russian military from thousands of square miles of territory in eastern Ukraine. Russia suffered one of its most humiliating defeats when Ukraine liberated Lyman, a key strategic city in the east of the country, last week.

According to The Washington Post, a Kremlin insider recently confronted Putin about Russia’s shortcomings in the botched invasion of Ukraine. Citing a US intelligence briefing, The Post said the individual expressed his concerns about the war’s mismanagement and mistakes made by Russia’s military leaders to Putin.