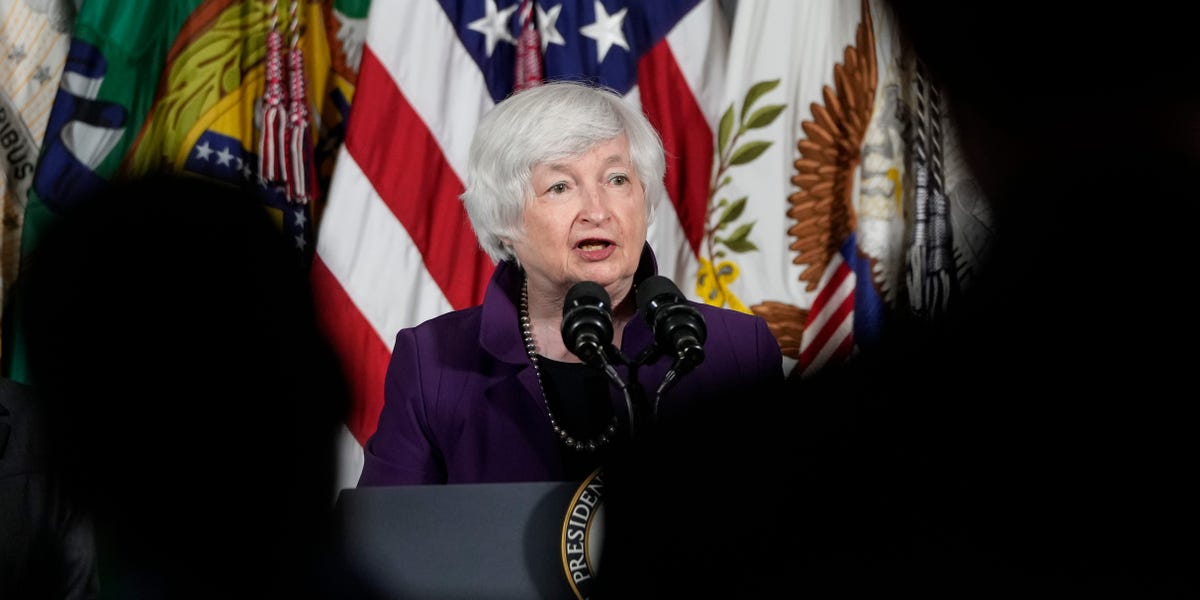 Russia’s oil exports would still make Moscow a profit even with a $60 price cap in place, Janet Yellen says

Russia could still make a profit from its oil exports even if a price cap of $60 a barrel is in place, US Treasury Secretary Janet Yellen has said.

She said a $60 level would still hit Moscow’s revenues from oil and oil products, speaking at the International Monetary Fund and World Bank meetings in Washington.

The US and its allies are still ironing out where to set the cap, Yellen said. The aim of the G7 plan is to crimp Russia’s takings from its crude exports, which boosted Moscow’s coffers in the wake of the Ukraine invasion as prices shot up.

Yellen said that over the last five to seven years, Russia has been willing to produce and sell its oil for about $60.

“So certainly a price in that range would be sufficient to feel that Russia could profitably produce and sell oil,” she said.

The G7 nations — Canada, France, Germany, Italy, Japan, the UK, and the US — agreed to set a price cap on Russian oil in early September in an effort to slash Moscow’s revenues and curb its ability to fund its war against Ukraine.

The group has floated a range of $40-$60 a barrel for the cap, which it wants to schedule alongside the EU embargo on seaborne Russian crude supplies in December.

“The objective is to protect the world from the consequences of a global spike in oil prices,” Yellen said of the plan.

Oil prices rose to highs near $130 a barrel in early March, in the weeks after Russia invaded Ukraine. But they have trended lower since June, falling almost 25% thanks to concerns a weakening global economy will dampen demand.