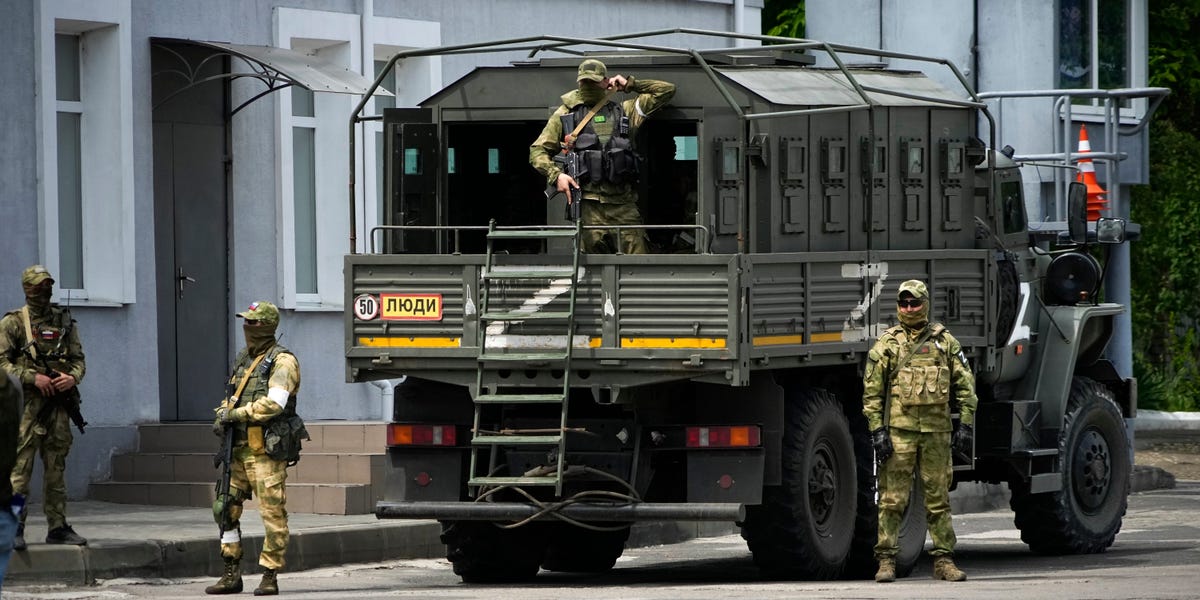 Russia’s soldiers on a crucial front are mainly retreating from Ukraine’s advances rather than staying to fight, UK intel says


Russian troops are mostly retreating from a key region of Ukraine, rather than staying to fight, the UK’s Ministry of Defence said on Thursday.

The ministry said in an intelligence update that Ukraine had begun new efforts to retake the south-eastern region of Kherson on Sunday, and that it was making some gains and moving the front line with Russia.

It said Ukraine had not yet threatened Russia’s main defensive positions, and that Russians were mostly choosing to retreat rather than oppose the Ukrainians.

“Russian forces have typically broken contact and withdrawn,” it said.

Ukraine has acknowledged that Russian troops have retreated, and said it retook numerous towns in Kherson.

The Washington Post noted that some Ukrainian troops think Russia is pulling back to bolster its defense of Kherson city, the region’s capital.

That’s because the city is strategically important as well as having the symbolic importance of being the first city that Russia claimed in its invasion.

A pro-Russian official said that Russians were retreating “to gather their strength and deliver a retaliatory blow.”

Kherson is one of the four Ukrainian regions that Russia says it is annexing, making the prospect of losing control there even more punishing.

The UK’s defense ministry said Russia was faced with a “dilemma” — to prioritize keeping its soldiers alive or to follow “the political imperative” to defend.

Ukraine launched its eastern counteroffensive last month, and has since taken back vast swathes of territory.

The result is that Russia no longer has full control of any of the four eastern Ukrainian regions which it last week declared it would absorb into Russia.