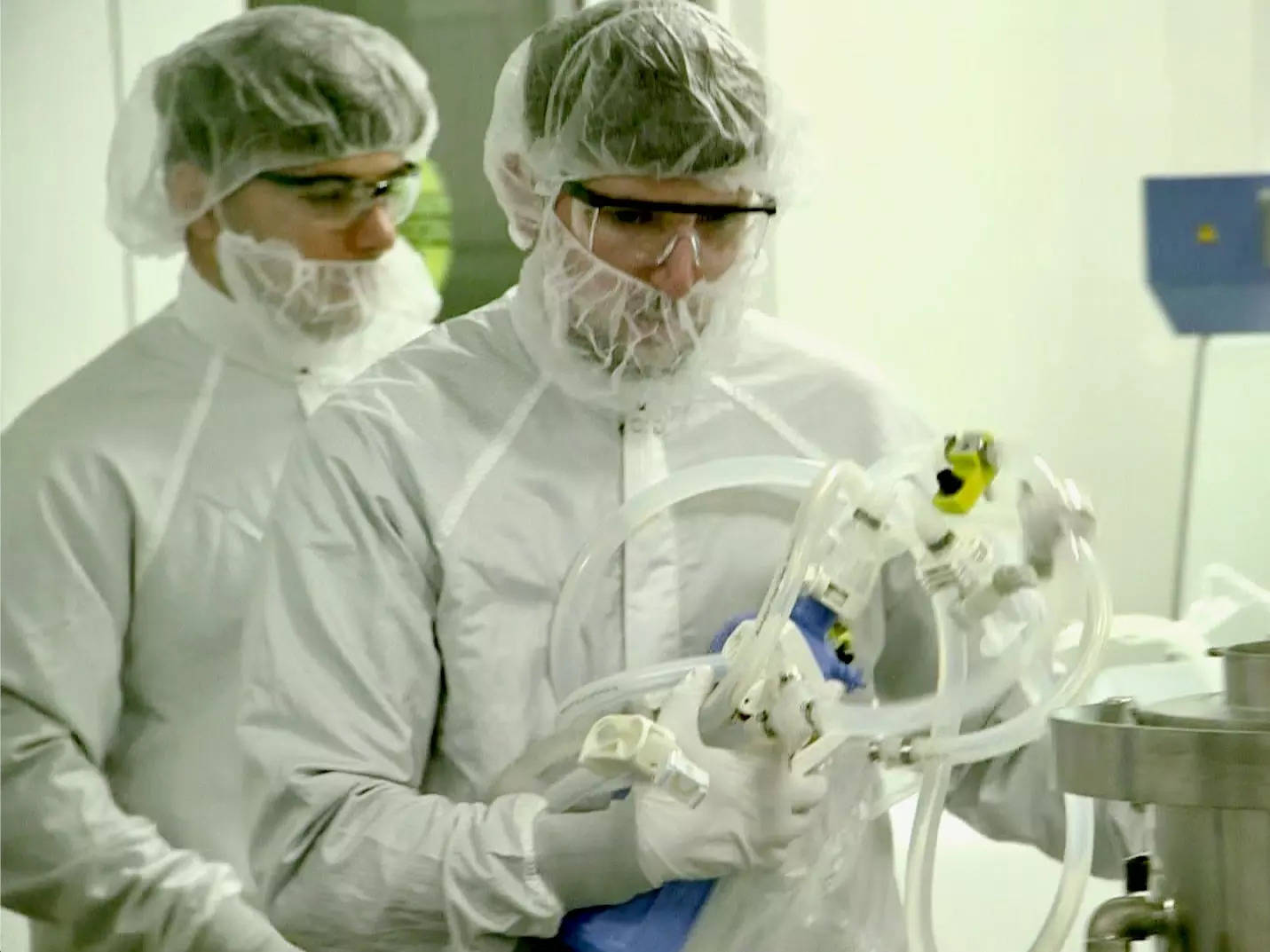 
Over the past few years, the pandemic fueled a massive boom in biotech investing. Funding for biotech companies soared in 2021 to nearly $47 billion — a record for the industry.

This year has marked a slowdown. As the global economy becomes more uncertain, venture capitalists have become cautious about investing in startups of all kinds — including biotech firms. Some private biotechs are delaying going public, and even preparing to raise down rounds.

Despite the market downturn, some companies are still raising sizable funding rounds. One key to these is a great pitch deck, the presentation that companies use to solicit funding from investors. Pitch decks, also known as slide decks, usually lay out the company’s history, its achievements, and where it’s heading.

Insider rounded up all the biotech pitch decks we’ve published, from those seeking early-stage funding to presentations for late-stage rounds, that have helped companies raise money from investors.

In seed and Series A funding rounds, startups raise money to test their ideas

Seed and Series A funding rounds come at the early stages of a biotech company. The company may have an idea or some preliminary clinical data, but it still needs to vet its science more thoroughly.

Some companies, such as 64x Bio, have newly identified a problem — in 64x Bio’s case, drug-manufacturing bottlenecks — and have an idea for a plan that could fix it. This is the 10-slide presentation the company used to quickly raise $55 million.

Other startups, like the cancer-metabolism company Faeth Therapeutics, have shown promising results in lab tests and mice but not yet in humans. Check out the company’s 17-slide presentation it used to raise $47 million.

By Series B funding rounds, biotech companies are trying to start human studies

By Series B rounds, startups are often raising large sums of money and focused on growth. Many times, the companies will use new capital to hire more employees or continue to bring drugs through clinical development.

For instance, the Belgian biotech AgomAb told Insider it planned to use its new funds to extend the company’s cash runway into 2024. Here’s the 21-slide pitch deck the company used to raise $144 million from investors.

And the genetics startup Camp4 used an 18-slide pitch deck to raise $100 million and plans to start human testing in 2023.

The cancer startup Affini-T Therapeutics also plans to have two treatments in human testing in 2023. Here’s the 24-slide pitch deck the company used to raise $175 million from investors like Leaps by Bayer.

Series C, D, and even E funding rounds can help private biotechs get a reserve of cash before a public debut. The presentations used in these rounds often highlight the company’s science and show investors what lies ahead.

The funding rounds, such as Moderna’s pitch to investors in 2017, can come shortly before plans to go public. Moderna made its public debut in 2018.

In late-stage funding rounds, the investors might also be different or used to backing bigger companies. This is the 15-slide presentation that Deep Genomics used to secure $180 million funding from blue-chip investors, including SoftBank.