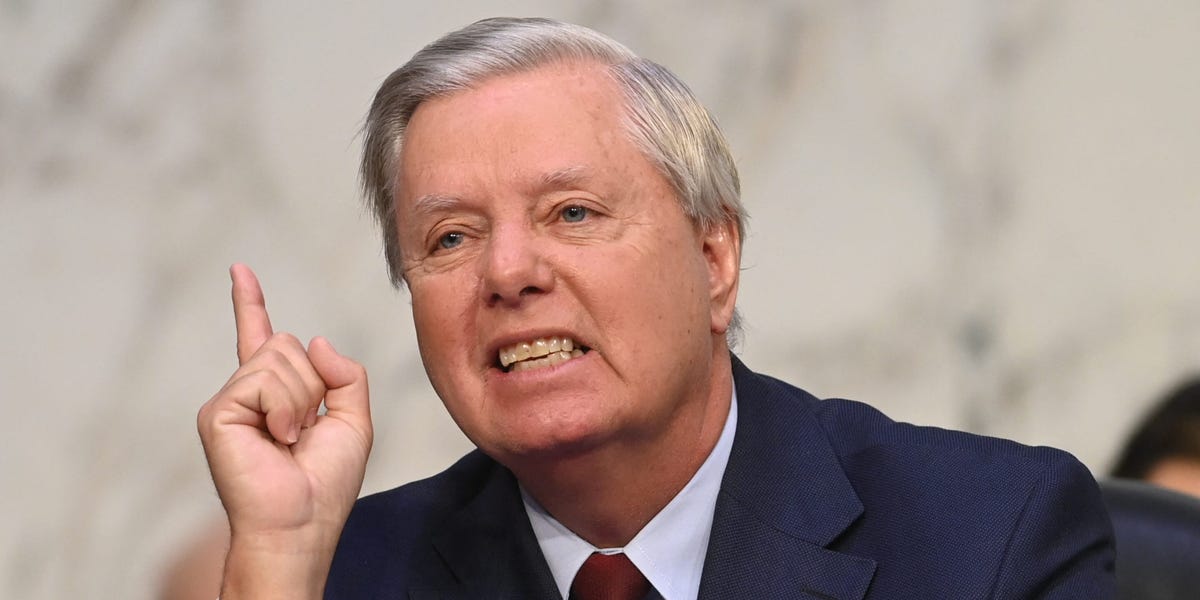 Sen. Lindsey Graham threatened to end a meeting with the mother of a slain Capitol police officer if she didn’t stop criticizing Trump, new book claims

Sen. Lindsey Graham reportedly told the mother of Brian Sicknick, the officer who died following the Jan 6 riot, that he would end a meeting with her if she kept talking bad about  Trump.

The alleged interaction was recounted by ex-DC  Metropolitan Police Officer Michael Falcon in his new book, “Hold the Line: The Insurrection and One Cop’s Battle for America’s Soul,” Politico reported.

According to the report, Graham — a staunch Trump ally — told Gladys Sicknick, “we’re going to end the meeting” if she made ill remarks against the former president.

A medical examiner determined that her son, Officer Sicknick, suffered two strokes and passed away on January 7, a day after fighting back pro-Trump. The rioters stormed the Capitol building while Congress certified the 2020 election results for now-President Joe Biden.

In an interview with CNN during the summer, Sicknick’s brother, Ken, blamed Trump for the attack, saying that “he’s really at fault for riling up the crowds and getting his sycophants following whatever word he said.”

Two men, identified as Julian Elie Khater and  George Pierre Tanios, were indicted in connection to Sicknick’s death. Khater, accused of using pepper spray on Sicknick and two other officers, pleaded guilty to two counts of assaulting, resisting, or impeding officers with a dangerous weapon, the Department of Justice announced last month. His co-defendant, Tainos, pleaded guilty in July to entering and remaining in a restricted building or grounds and disorderly and disruptive conduct in a restricted building or grounds, per the DOJ.

More than 900 people have been charged and nearly 400 have pleaded guilty in connection to the attack.