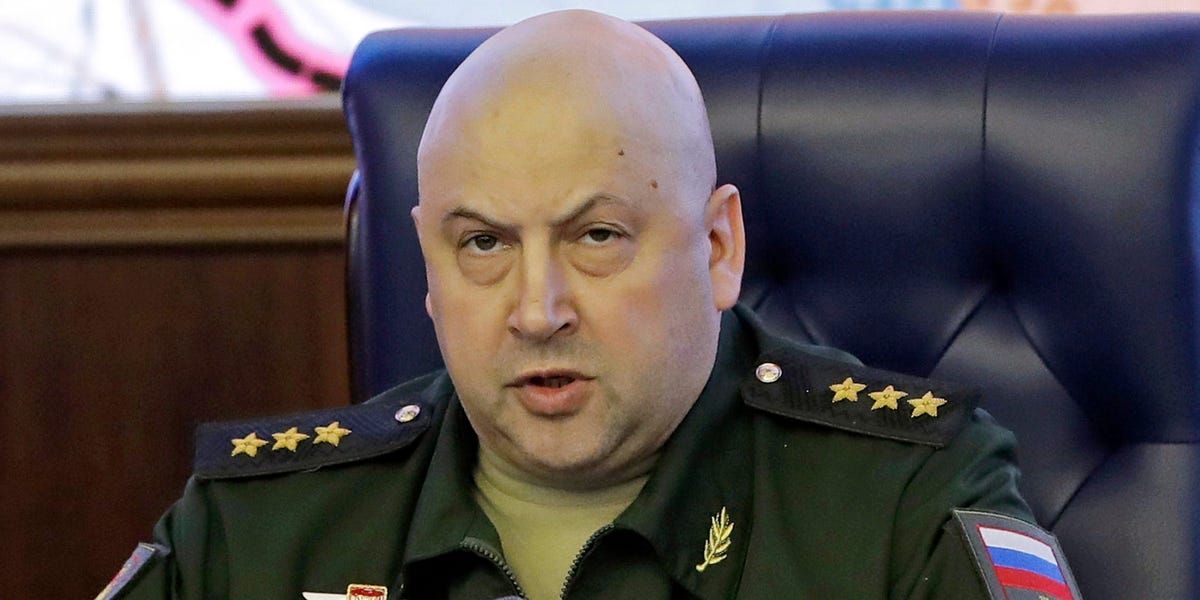 Sergei Surovikin, the commander now leading Russia’s attacks on Ukraine, has been described as ‘absolutely ruthless’ by former colleagues: ‘I am afraid his hands will be completely covered in Ukrainian blood’

Former colleagues describe the new commander of Russia’s military as “absolutely ruthless” and say he has “little regard for human life.”  including Monday’s deadly airstrikes across the country

Air Force General Sergei Surovikin was appointed by Russia’s Defense Ministry on Saturday to become the country’s overall commander of Russian forces fighting in Ukraine, according to Reuters. While it’s unclear who issued the directive for Monday’s airstrikes, Surovikin has been known to bomb civilian areas in the past.

A former defense ministry official who worked with Surovikin told The Guardian Australia they weren’t surprised by the deadly bombing in the Ukrainian capital that killed at least five people on Monday morning.

“Surovikin is absolutely ruthless, with little regard for human life,” said the unnamed former colleague: “I am afraid his hands will be completely covered in Ukrainian blood.”

Because of his callous approach to war, colleagues have given him the nickname, “General Armageddon,” as per The Guardian.

According to The New York Times, Surovikin led Russian troops in Syria during the country’s civil war in the early 2000s. Human Rights Watch said he was among the military leaders who might bear “command responsibility for violations during the 2019-2020 Idlib offensive” in Syria.

Surovikin was born in 1966 in the Siberian city of Novosibirsk and has served in the army since at least 1991, as reported by Al Jazeera. In 1991, he spent at least six months in prison after soldiers under his command killed three protestors during a failed coup attempt in Moscow, the Times reported.

On Feb. 23, a day before Russia invaded Ukraine, Surovikin was placed on a European Union sanctions list for supporting and implementing policies that undermine and threaten the independence of Ukraine.