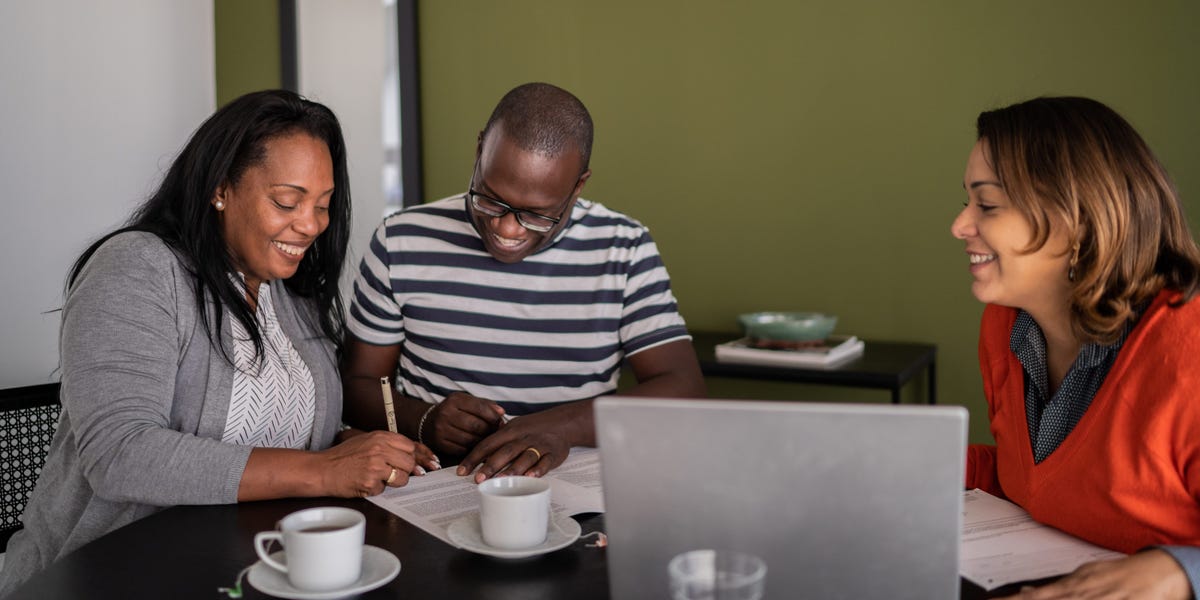 A mortgage that doesn’t require a down payment, closing costs, or a minimum credit score might seem too good to be true.

After Bank of America announced its new zero-down mortgage offering last month, people took to social media to voice concerns that it would lead to another housing crash like the one in 2008.

“The premise is helping out marginalized communities but, like, come on, dude. Literally stop and read  — it’s the same trend as the 2008 crash,” the TikTok user Inkwater said in a September video.

But experts say this is not the market of 2008, and lending standards are much higher. A spokesperson for the Consumer Financial Protection Bureau, a federal consumer-watchdog group, told Insider these fears are misplaced, and lenders like Bank of America, Navy Federal Credit Union, and Northpointe Bank have expanded access to mortgages by using nontraditional ways of determining ability to pay, like checking a borrower’s payment history of rent, phone, auto, and utility bills.

“It’s an interesting way to help folks who maybe don’t have a traditional credit profile,” the spokesperson said. “Think about somebody who doesn’t have student loans or credit cards but pays all their bills, rent, and utilities on time.”

Plus, the new wave of zero-down mortgages come with stricter lending criteria. As long as borrowers are making sound financial decisions and can afford the monthly payments that come with a home purchase, experts say they needn’t worry about foreclosure.

“Using those types of measures like the ability to repay are actually an interesting way to get folks who may have fallen through the cracks before,” the CFPB spokesperson said.

As prices soar in the housing market, prospective homebuyers — and the lenders who help to make their homeownership dreams a reality — are seeking different methods to afford a home purchase.

The Federal Reserve’s fight against surging inflation has resulted in several interest-rate hikes, which have led to a significant jump in mortgage rates. With rates on the rise, the typical homebuyer’s mortgage payment has increased by 15% since August.

That, combined with the pandemic boom in prices, means a lot of would-be buyers are having a difficult time affording homeownership — regardless of home-price declines throughout the country.

To address the affordable-housing crisis in the US, several mortgage lenders have introduced products to help potential borrowers better afford homeownership.

While the offer is available in appointed markets to buyers of any race, it’s being touted as a way to help close the racial homeownership gap in markets that include historically Black and Hispanic neighborhoods in Charlotte, North Carolina; Dallas; Detroit; Los Angeles; and Miami.

While the BOA program has been met with praise, it has also received its fair share of criticism

On Twitter and TikTok, people are suspicious of the mortgage offering and others of its kind. While critics have numerous reasons for their apprehension, a shared sentiment is that zero-down mortgages could help trigger a 2008-style housing crash.

During that time, a combination of cheap debt, predatory lending practices, and complex financial engineering led to many borrowers being granted unaffordable mortgages. When the situation reached a boiling point, it provoked a foreclosure crisis among homeowners — especially those of color —  and a credit crisis among the investors who owned bonds backed by the defaulted mortgages. The end result was a global recession.

As some of the factors that led to the 2008 housing crash reemerge, many Americans are fearful history will repeat itself.

Brian Moynihan, Bank of America’s CEO, says the company’s zero-down-payment product is unlikely to trigger such a catastrophe.

“This is about granting a down payment — which we’ve been doing with lots of special programs for years — to a buyer who, no matter who they are, as long as they meet the income requirements, to buy a house in a majority-minority neighborhood,” Moynihan told Fox News, adding that the company’s loan-to-value ratio is in the 60% range, so it is “very well suited with high FICO scores, so delinquencies are next to nothing.”

His confidence has yet to soothe the worries of distrustful Americans.

The CFPB said Americans should not panic as this is not the housing market of the mid-aughts.

“The 2008 housing crisis was caused by a total lack of underwriting,” the spokesperson said. “Down payment in itself — while it is a risk factor —  can be mitigated by other factors. In 2006, folks were being underwritten with just nothing more than a credit score, and lenders weren’t even verifying the rules that the bureau put into place to prohibit that behavior.”

The CFPB said BOA’s program is sound and will help to make homeownership more attainable for Americans who may have previously been locked out. To ensure Americans can continue to pursue homeownership in a healthy environment, the CFPB said it is tracking mortgage products.

“We have issued guidance, as has HUD and other agencies,” the spokesperson said. “Something to also remember is that the majority of mortgages are now backed by the federal government in some way. They have to meet Fannie, Freddie, FHA, or VA rules, in addition to whatever the bank has.”

“So we have rules in place and lenders have to follow them, so the same thing that happened in 2008 can’t happen in the same way this time.”