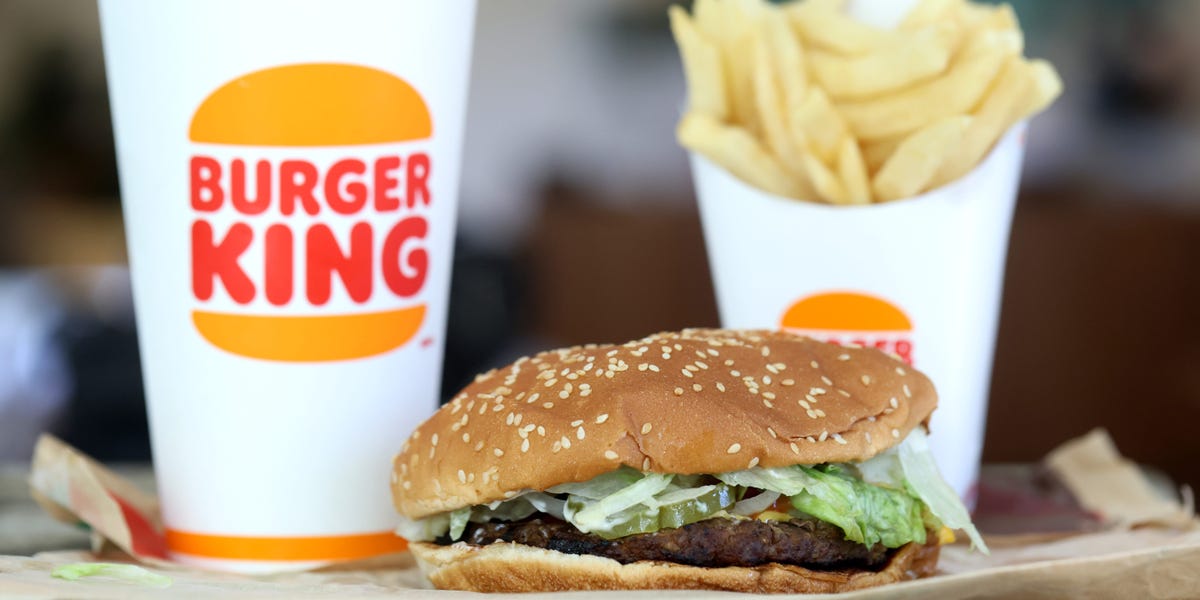 Some German Burger King restaurants served out-of-date bacon, had mouse infestations, and sold vegan burgers contaminated by meat, according to an undercover investigation

Some Burger King restaurants in Germany have been shut down after a TV investigation said that they served out-of-date products, had mouse infestations, and cooked vegan patties in the same oil as chicken.

In an episode by German TV series “Team Wallraff,” titled “Disgust, Exploitation, and Scandals,” undercover reporters worked at a number of Burger King restaurants in Germany, supplemented with interviews with former workers.

At a Burger King branch in Bernau bei Berlin, a town just north of Berlin, a reporter found that if labels on containers of cheese, salad, sauce, and bacon showed that products were approaching their expiry time – which for bacon was four hours after it had been cooked, per Burger King’s internal guidelines – and needed to thrown out, staff simply stuck labels with new times on.

In addition, sauce bottles with expired contents were being topped up with new sauce without being emptied and washed in between, one reporter found.

Stale burger buns, including some a week past their expiry date, were also served partially toasted, so that customers wouldn’t notice, the undercover reporter said.

An anonymous former Burger King worker who’d been at the chain for multiple years told the TV show that the expiry times on fresh products at her restaurant were continually pushed back until the product had been used up.

She said that some bread buns that were three months out of date and had started to grow mold were served to customers.

Guests also wrote in online reviews that they got stomach problems and tried to return food because it didn’t look right, the former worker said.

The undercover reporter in Bernau bei Berlin also found that sometimes staff would handle food without washing their hands after coming in from outside and after touching the floor, and would also use their dirty hands to take fries and nuggets to snack on from batches of food being served to customers.

The former worker said that in many cases staff didn’t wash their hands after smoking, taking the trash out, and even using the restroom, and simply continued preparing food with unclean hands and without wearing gloves.

Burger King Deutschland said in a lengthy statement that it took the accusations “very seriously” per an Insider translation. The statement added that the company didn’t tolerate the violation of its standards. It said it was planning measures together with its franchisees and would be shortly setting up a whistleblower hotline for staff with concerns.

The burger giant also said that it had temporarily closed the restaurants featured in the show and had carried out an external audit of all its 750 restaurants.

Mice and maggots invaded the kitchens

The show also featured video footage shot by a worker in a Burger King in the Saxon-Anhalt region showing maggots crawling on the kitchen floor after escaping the food-waste bin.

The worker said that staff had to take maggots out of the kitchen every day in summer.

An undercover reporter in the city of Cologne saw a mouse in the kitchen and found piles of mouse feces in two locations in the restaurant. While preparing food for customers, the reporter said they found a burger bun that had clearly been nibbled by an animal.

A former worker at a Burger King restaurant in Cologne told the show that their store was plagued by mice.

“They are almost part of the inventory. The only thing missing was the Burger King uniforms,” the former worker said, adding that: “They were definitely more than us [people].”

Meat wasn’t always stored hygienically, according to the investigation. The undercover reporter in Cologne noticed a member of staff turning the temperature up in a room used to keep food cool.

One reporter who went undercover at another restaurant in Cologne found that meat and plant-based burger patties were cooked in the same oil and in some cases cooked right next to each other in the same fryer.

The kitchen also used a haphazard system to distinguish between meat and vegan products, and she witnessed a colleague put a meat patty in a burger, then swap it for a vegan patty, even though meat had already come into contact with the bun.

One former Burger King worker told the show that staff substituted real chicken patties for plant-based ones when their restaurant ran out and wrapped them in the packaging used for plant-based products, while another said normal nuggets were sometimes sold as vegan ones.

Just days after the show was released, Burger King said that V-Label, a company that certifies products as vegan based on production practices as well as ingredients, removed its label from five of Burger King’s products. The products are still listed as plant-based on the fast-food company’s website.