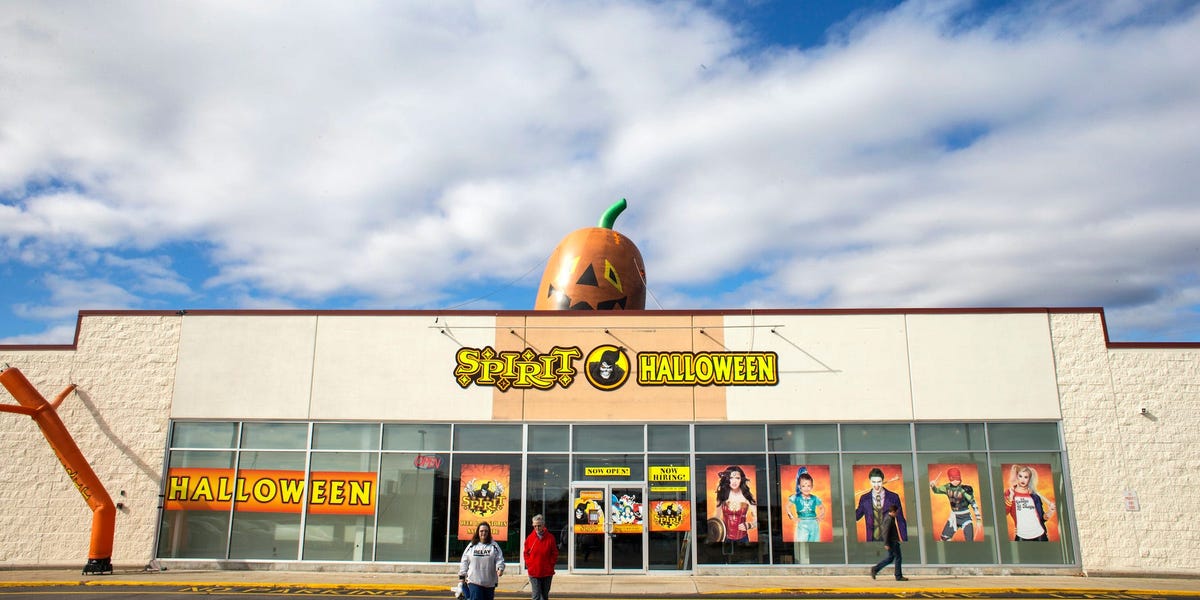 Spirit Halloween opens 1,450 pop-up shops across North America as US consumers prepare to spend a record $10.6 billion on holiday

No one takes Halloween more seriously than Haunters, self-identified Halloween fanatics who spend, in some cases, thousands of dollars every year to beef up their collections of decorations, costumes, and larger-than-life animatronics.

Evan Stitt, a Haunter in Pennsylvania, camped out for five days for the opening of Spirit Halloween’s newest flagship store in Egg Harbor Township, New Jersey, this past July. Then there’s Griffin Miller, who lives in upstate New York, who spent a hefty $2,000 for this Halloween season – the most since he started haunting in 2013.

“It’s not over yet,” Miller told Insider. “I have a couple of things on my radar. Every year I spend more and more, but this was definitely a record.”

The National Retail Foundation found in its 2022 survey that spending on Halloween costumes, candy, decorations, parties and pumpkins is expected to reach a record $10.6 billion this year, surpassing last year’s record of $10.1 billion.

The projection is largely driven by younger millennials, 87% of whom are expected to celebrate Halloween this year, a foundation spokesperson told Insider.

Miller already has 50 life-sized animatronics — he keeps around a dozen in the room he sleeps in every night — but he bought another one at the flagship store opening: a clown with hoses for hands that fog creeps out from.

“I think it’s fair to say it’s an obsession,” said Miller, whose dream job is to work on Spirit Halloween’s design team.

Spirit Halloween opened a record 1,450 pop-up stores across North America this year, and has more than doubled its retail locations over the past decade, a Spirit Halloween spokesperson told Insider. The company announced its plans to hire more than 35,000 seasonal employees this year, mirroring last Halloween’s hiring season.

Other large retailers, like Walmart and Macy’s, are dramatically slowing seasonal hiring, which could point back to inflation and a tight labor market, Insider reported. Despite this, the US unemployment rate declined to 3.5% in September and 263,000 non-farm payroll jobs were added.

“I feel like this year, more than ever because the pandemic is not what it was, it’s gonna be a huge Halloween season,” Miller said. “I definitely do think it’s a comeback.”