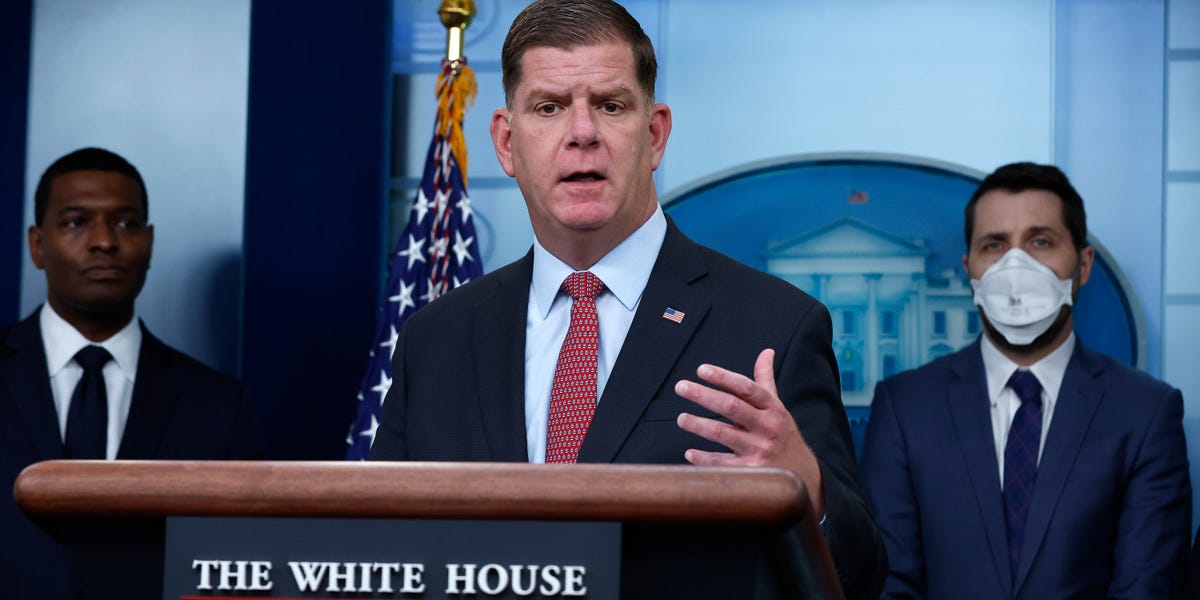 
With jobs booming, people still comfortable quitting for a better deal, and layoffs still near record lows, the labor market is strong — and some workers might get an additional boost when they get student debt relief.

“​​It’ll have a little bit of impact on workers, allowing them to free up a little bit of their ability to maybe look and buy that first house, be able to invest that money,” Secretary of Labor Marty Walsh told Insider.

The student debt relief — which borrowers can begin applying for this month — likely won’t have much of an impact on the labor market, according to Walsh. It’ll be hard to “know the full impact” of relief for some time, but it may help ease up budgets or allow borrowers to work towards things like homeownership.

“I think a lot of these folks that are going to have debt relief might be able to put a few more bucks in the bank now for potentially their first home,” Walsh said.

As Insider previously reported, the links between student debt and homeownership are significant. A 2022 National Association of Realtors survey found that among those who said saving for a down payment was the “most difficult task” in homebuying, 43% reported student debt as the expense to blame for their financial struggles.

At the end of August, Biden announced up to $20,000 in federal student-loan forgiveness for borrowers making under $125,000 a year. The policy’s implications are significant — it’s expected to completely wipe out balances for about 20 million borrowers while specifically helping those who are low income and from minority communities.

One borrower previously told Insider that the debt cancellation is a huge relief for them and is “the first time I’ve ever felt directly impacted by something like a political order or passing of something.”

“The biggest thing for me is that I get to not worry about losing my home,” they said.

And while Republican lawmakers pushed back on the plan, calling it costly, illegal, and unfair, Democratic lawmakers have been claiming the opposite — it’s an economic stimulant that will allow millions of Americans to put money back into the economy and save up for other expenses, like buying a house.

And HUD Secretary Marcia Fudge said last year that with student debt disproportionately impacting Black borrowers, it has also pushed homeownership further out of reach for them.

“Who has student debt? Poor people, Black people, brown people,” Fudge told Axios. “We’re the people who carry most debt. And so the system’s already skewed toward us not being creditworthy.”

Student debt relief isn’t the only policy that will help more Americans bulk up their wallets or opportunities. On Thursday, President Biden announced that he would pardon thousands of Americans who have been federally convicted with possessing marijuana. He also urged states to follow in his footsteps.

“This is going to help a lot of people, allow them the opportunity to get in the job market and not have that conviction hanging over their head,” Walsh said. “So I think it’s going to allow this opportunity to give people a chance to get into a good paying job.”