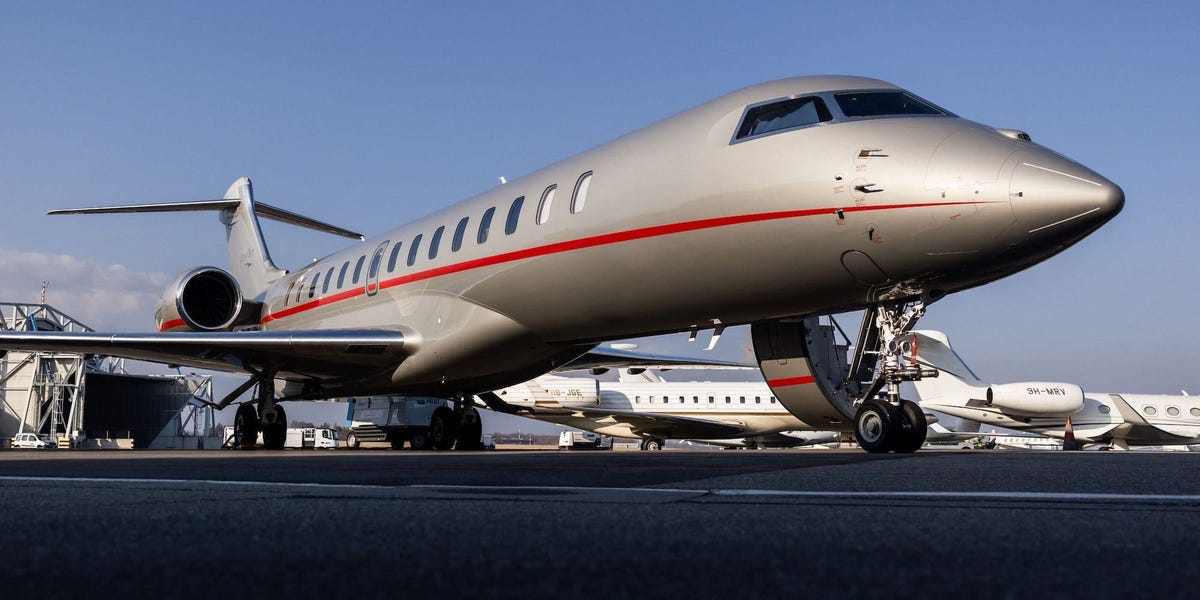 The war in Ukraine and soaring crude oil prices mean the cost of jet fuel is two thirds higher than 12 months ago, according to IATA’s Jet Fuel Price Monitor, based on data from Platts Analytics.

Higher labor costs, the strong US dollar and inflation in general have pushed up the cost of flying privately by 15% to 20%, says Leona Qi, who runs the  US division of global charter company VistaJet.

You may not be surprised to learn that the increase has not dampened the appetite of wealthy individuals to fly on VistaJet’s fleet of Bombardier G7500s.

In the first six months of the year, VistaJet’s global membership rose by 25%, with the number of flight hours up by 76%.

It’s a similar story for flyExclusive, another private jet charter firm. “We’ve got about all the demand we can possibly handle,” says Jim Seagrave, the founder and CEO. Revenues are up 72% in the past year despite a “ballpark 30-35%” increase in charter prices across the board.

“So far it hasn’t negatively impacted demand,” Seagrave tells Insider, but admits that further price rises may have an impact sooner or later. “Right now we haven’t had any issues with that and demand is incredibly elastic.”

The companies that make private jets are also enjoying strong demand. Gulfstream, whose planes like the G650ER can cost as much as $65 million, enjoyed a record sales run over the past 18 months into its third quarter, its sales chief Scott Neal said at the Farnborough Airshow in July.

The pandemic initially pushed wealthy people to fly privately in a bid to minimize the risk of their exposure to the virus, Seagrave said.

However both he and Qi credit the travel chaos experienced by thousands using commercial airlines this summer as contributing to the surge in demand. Those who could afford it went private in a bid to avoid flight delays, cancellations, and baggage mishaps seen at many commercial airports.

As well as clients generally getting younger on average, VistaJet has recorded a surge in corporate bookings as executives resume business travel, Qi says.

“There’s a lot of pent-up demand over the pandemic that was built up. They’re mostly interested in going from point A to point B as efficiently and rapidly as possible,” Seagrave says.

For flyExclusive passengers, fuel represents between a quarter and 37% of the charter cost, Seagrave tells Insider. It has also been trying to cut maintenance costs by employing technical staff in-house.

VistaJet runs a membership service which means its customers pay an hourly fee, but they still have to pay a fuel surcharge, Qi says.

Neither expects demand to fall anytime soon despite the darkening economic outlook. Seagrave expects flyExlusive’s planes to fly 75,000 flight hours over the next 12 months.

Qi sums it up: “If people need to fly, they will fly. No one likes to pay more money, but we live in a world where inflation is close to 10% and the most precious resource of our members is time.”