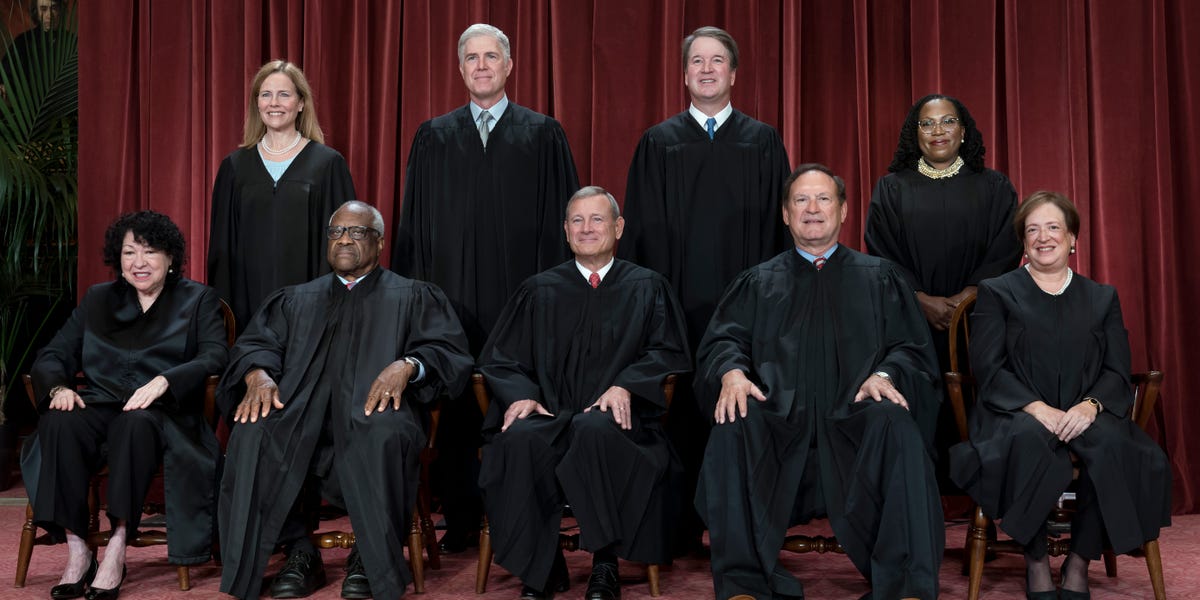 
The Supreme Court on Friday posed for a group photo following the arrival of its newest justice, Ketanji Brown Jackson.

A tradition dating back more than 150 years, the latest class portrait captures many historic moments: the court’s first Black woman, the first time four women have served together, and the first time two Black justices are on the bench.

Since cameras are prohibited in the courtroom, the group photo offers a glimpse of the nine justices together. They’re usually arranged in the photo based on seniority, with the chief justice in the middle. Chief Justice John Roberts took his seat with the longest-serving justice, Clarence Thomas, to his right.

The newest member typically stands in the top right corner of the photo, as Jackson has. President Joe Biden appointed her earlier this year to replace Justice Stephen Breyer, who retired after 28 years on the bench.

Jackson heard her first oral arguments this week as the Supreme Court kicked off its new term, which is shaping up to a be a consequential one.

Over the next several months, the justices will grapple with politically divisive issues concerning race, voting rights, free speech, among others, in potential decisions that could continue moving the country to the right. The 6-3 conservative majority did so last term with monumental rulings reversing federal abortion rights, expanding gun rights, and bolstering religious rights.