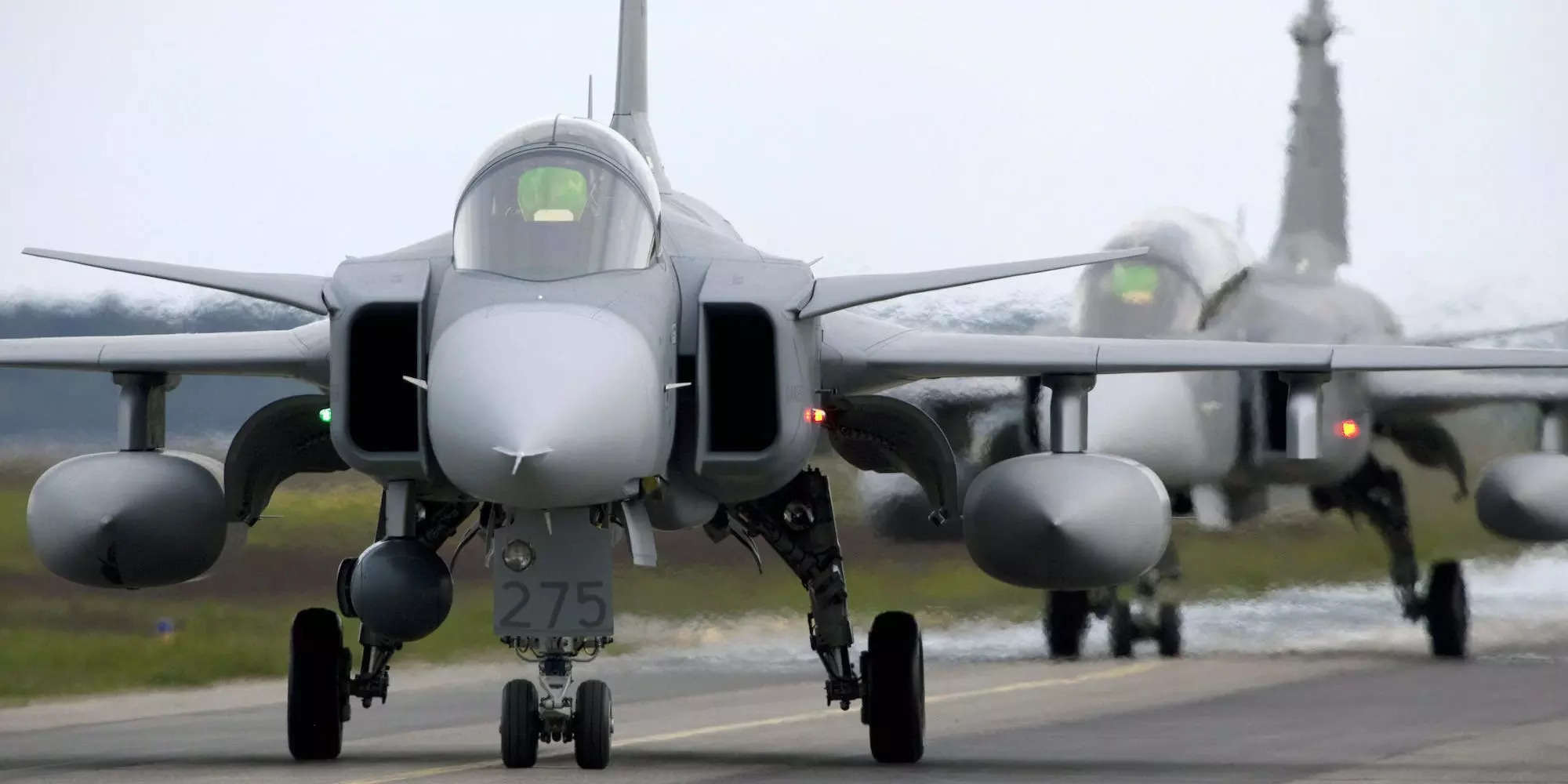 Sweden’s Saab built one of the world’s best non-stealth fighters, but its CEO says that’s not enough to outsell US jets


Why can’t Sweden’s Saab export its advanced Gripen fighter? It’s America’s fault, Saab’s CEO says. Because of the US’s clout in the international defense market, other nations are much more likely to buy its aircraft, such as the F-35.

“It is extremely frustrating, to say the least, and I can say that it is not about the [Gripen] product that we have developed and manufactured,” Saab CEO Micael Johansson told reporters in August. “If it had been a completely level playing field in terms of not talking about security, politics, and other areas, then I think we would have been much better off.”

“In many countries, the leverage of the US is tremendous. They are not so easy to work against,” Johansson said.

The Gripen is something of a runner-up in the fighter world, frequently a contender when nations from Canada to India are shopping for fighters. Yet it somehow rarely emerges as the winner. Its nemesis is the F-35.

What is likely particularly galling for Swedes is that neighboring Finland — which opted to join NATO alongside Stockholm after Russia’s invasion of Ukraine — decided to buy the F-35 to replace its aging US-made F/A-18EF Super Hornet jets.

In 2014 referendum, Swiss voters said the Swiss Air Force shouldn’t acquire Gripens. The government instead pursued F-35s, signing a $5.5 billion deal for 36 of the jets in September. Meanwhile, the Czech Republic is ending its lease of Gripens in favor of purchasing F-35s.

It does seem a bit unfair. While the Gripen is not a cutting-edge fifth-generation stealth aircraft like the F-35, it is considered a highly capable 4.5-generation fighter. It can reach Mach 2 and supercruise, which allows it to fly at supersonic speed without resorting to a fuel-guzzling afterburner.

It is agile and carries Meteor beyond-visual-range air-to-air missiles with a range of up to 80 miles. It is also designed to operate from improvised airstrips such as highways, which is useful if fixed airbases are knocked out.

However, while several countries fly the Gripen — including Brazil, South Africa, and Thailand — it has a much smaller customer base than US aircraft like the F-35 and F-16.

One problem may be Sweden itself, which is an odd country in terms of defense. It maintained neutrality in the World Wars and the Cold War, but it also has a huge arms industry that makes popular weapons, such as the AT-4 anti-tank rockets used by the US military.

Swedish politicians are not aggressive in lobbying other nations to buy Swedish weapons the way that US, French, and other leaders are, according to Elisabeth Braw, a foreign policy expert at the American Enterprise Institute.

Another problem is that Swedish governments have tended to be liberal, though the far-right made strong gains in the recent election.

“Swedish politicians were more interested in discussing alternative energy, gender equality, economic cooperation, and other soft questions,” Jan Kallberg, a nonresident senior fellow with the Center for European Policy Analysis, told Insider. “Pushing for arms sales was not a good fit for their agenda. The Ukraine war has changed these conditions, but it is too late in the game when the sales cycle for arms is 10-plus years.”

Ultimately, arms sales, like war, isn’t fair. Regardless of the Gripen’s merits, the fact is that Sweden is a nation of just 10 million people, and even though it has a tradition of providing UN peacekeeping forces and recently decided to join NATO, it hardly has a reputation for a muscular foreign policy.

To many nations, American arms come with an extra perk: Washington’s goodwill, which could mean US support in a crisis.

“US influence comes less from the US, and more from the Europeans themselves,” Kallberg said. “As Russia becomes more aggressive, European nations want stronger ties and interoperable equipment with the US. Purchasing the F-35 makes it happen.”