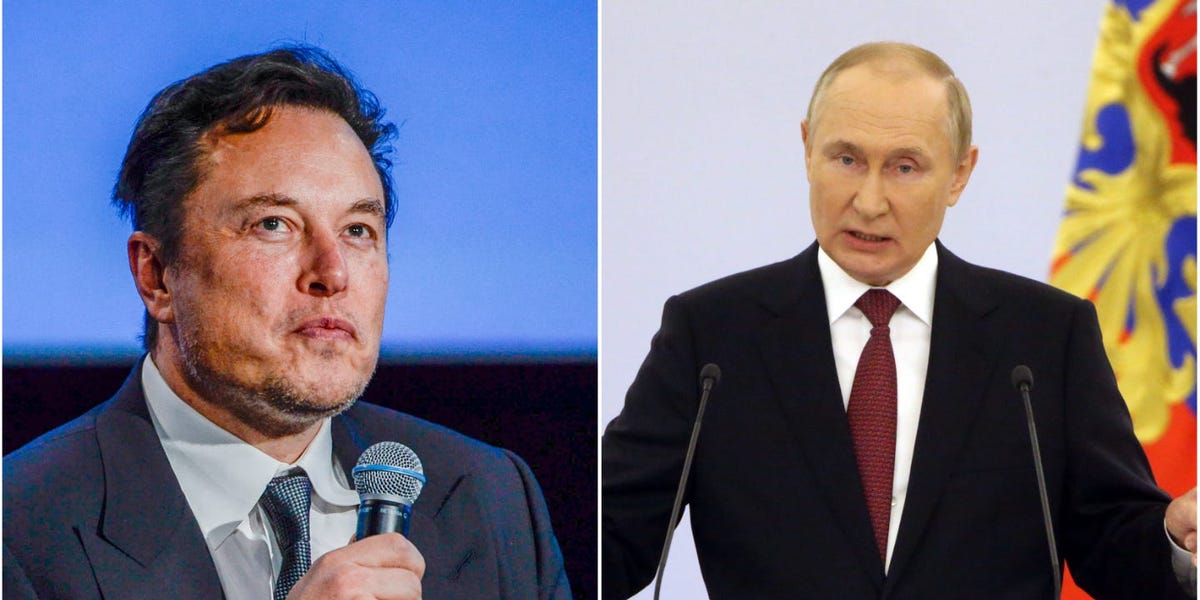 In an email to Eurasia Group subscribers, Ian Bremmer said that he spoke with Musk two weeks ago — who had previously met with Putin.

Musk told Bremmer that Putin said he was “prepared to negotiate” under the conditions that Crimea remains under Russian control, that Ukraine remained neutral, and that Russia’s annexations of Luhansk, Donetsk, Kherson, and Zaporizhzhia were enforced.

According to Bremmer, Putin told Musk that these were goals he’d accomplish “no matter what,” or else he would turn to “major escalation.”

The billionaire was harshly criticized for the tweet, including by Ukrainian officials and diplomats.

Elon Musk did not immediately respond to Insider’s request for comment to confirm he met with Putin.

This story is developing. Please check back for updates.