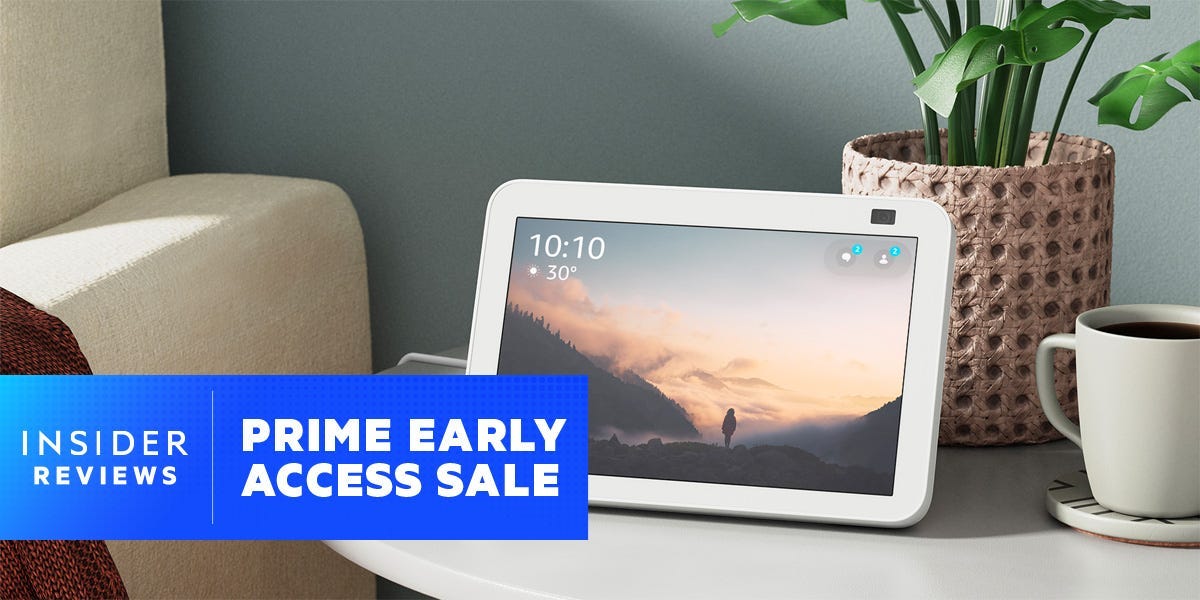 The 30 best Amazon device deals available now from Prime Day 2022, including the Echo Show 5 for an all-time low of $35

Calling all holiday shoppers! Amazon’s back with another major deals event, and it’s called the Amazon Prime Early Access Sale. The new members-only shopping event officially began today, October 11, and will run until the end of the day tomorrow.

If this feels like déjà vu, it’s because it sort of is. The Prime Early Access sale is basically a second Prime Day, with the same degree of discounts being offered across two days and multiple categories. Just as with Prime Day, you’ll find deals on TVs, vacuums, clothing, household goods, kitchen appliances, beauty items, toys, and more.

It shouldn’t come as a surprise that some of the most noteworthy deals and promotions are for Amazon’s own hardware and devices, with discounts on Kindle e-readers, Fire TV Sticks, and Fire tablets, as well as Ring and Blink home security devices.

To help you get started, we’ve gathered the best deals for you to browse, including all-time lows for the Echo Show 5 and the Echo Glow.

You’ll find some of the lowest prices of the year on Echo products during the Prime Early Access Sale, including the brand’s smart speakers, smart displays, and earbuds. Highlights include a third-gen Echo Dot for just $1 when you subscribe to a month of Amazon Music Unlimited, and an Echo Show 5 smart display for an all-time low of $35.

For a complete breakdown of Amazon Echo products, check out our full guide to Echo devices.

The Echo Show 5 is down to an all-time low price, and you can grab the smart display with a free pair of smart bulbs. It’s a $109 value for only $35, exclusively for Amazon Prime members. 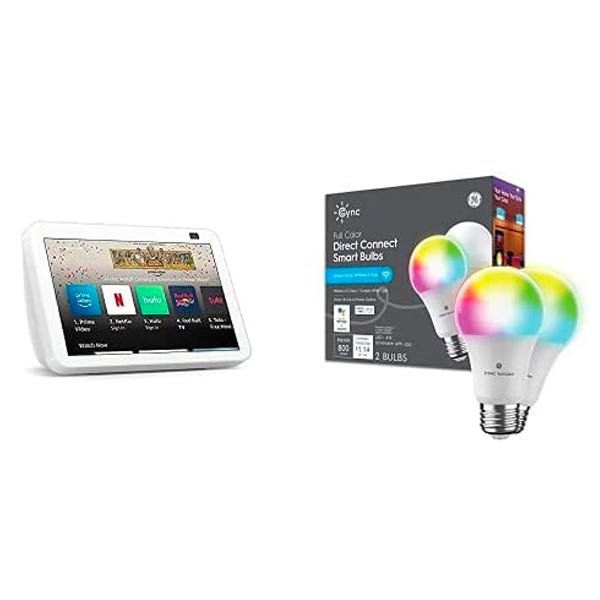 The Amazon Echo Show 8 has an 8-inch screen that can show you the weather, videos, and more. Down to an all-time low of $70 with a free pair of GE smart bulbs included, this is a rare and excellent deal just for Prime members.

Kindle e-readers are also seeing big discounts for the Prime Early Access Sale, with low prices on the Paperwhite and Oasis models, which offer extra features that make them great for travel.

So far, there haven’t been any deals on the new $99 base version of the Kindle, which starts shipping October 12, but the Paperwhite is actually on sale for the same price. Though the base Paperwhite has less storage than the new Kindle, it features a bigger screen, brighter light, longer battery, and a waterproof design. In other words, the Paperwhite offers a better value while it’s on sale.

Check out our comprehensive Kindle guide for a full breakdown of models to help you decide which is right for you.

If you’re looking for streaming devices, you can take advantage of great savings across the Fire TV lineup, including Amazon’s best streaming dongle so far, the Fire TV Stick 4K Max.

We think the 4K Max is the best fit for buyers with a 4K TV and it’s a bit faster than the standard 4K Stick. Meanwhile, the regular Fire TV Stick is a better buy if you have an HDTV. Shoppers looking for a streaming device that can double as an Alexa smart speaker should consider the Fire TV Cube.

Prime members can save on several Fire tablets as part of the Prime Early Access Sale, ranging from the entry-level Fire 7 to the high-end Fire HD 10.

Most notably, you can snag the 2020 Fire HD 8 for the same $45 deal price as the Fire 7. The HD 8 has bigger screen with higher resolution, as well as longer battery life. The Fire 7 is still a good deal if you want something a little smaller, but the HD 8 is otherwise the better buy while it’s on sale. Keep in mind, however, a new Fire HD 8 will be released on October 19 with a faster processor, but this version isn’t on sale.

You can also save on special Fire tablet editions designed specifically for kids, which include one year of Amazon Kids+, a protective case, and a two-year guarantee that lets you get a free replacement if it breaks.

The Prime Early Access Sale is also seeing excellent discounts on Ring doorbells and home security equipment, as well as Blink security cameras. Bundles are on sale with additional Amazon devices, like the Echo Show 5. 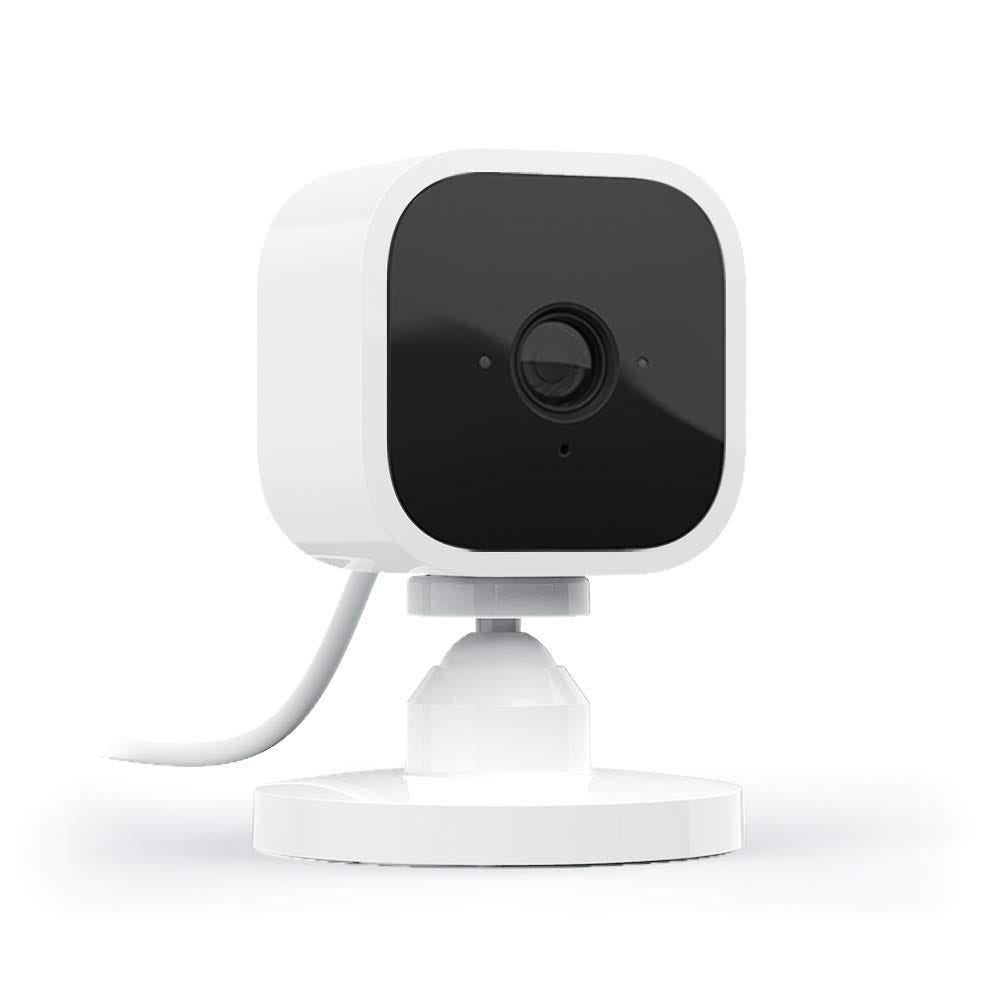 This indoor security camera from Blink and Amazon records 1080p video at both day and night, with two-way audio, motion detection, and night vision for an approachable price. 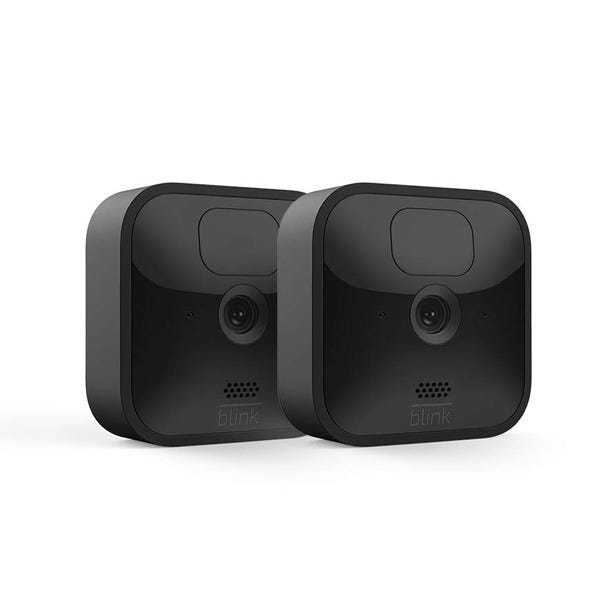 Amazon’s Blink Outdoor is a wireless, outdoor security camera that’s able to run for up to two years on just two AA batteries, allows you to monitor activity outside your home, and is capable of standing up to wind, rain, sleet, or snow.

Amazon fitness trackers, smart lights, and gaming controllers are also on sale for a limited time during the Prime Early Access event. Highlights include the Halo View fitness tracker for just $45. Our reviewer was impressed by this model, and its handy app filled with unique health insights.

What other promos are part of the Prime Early Access Sale?

Prime members can get up to 50% off on a selection of new and popular movies to rent or buy on Prime Video. Additionally, Audible Premium Plus is $6 a month for four months (that’s 60% worth of savings), and Prime members can still claim a whole year Grubhub+ for free.