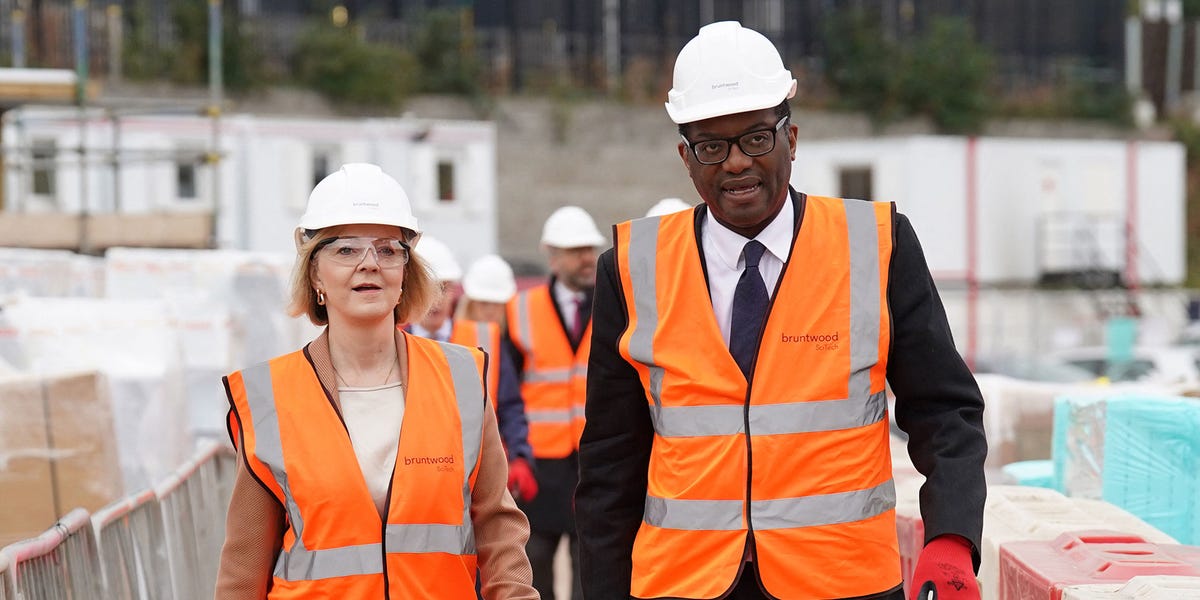 The Bank of England should extend its emergency bond-buying to manage the volatility that’s rocked the country’s debt market, UK pensions group says

A UK pensions trade group on Tuesday called on the Bank of England to continue its emergency bond-buying operations to manage volatility in the debt market set off last month by fears that a financial crisis could damage the funds’ investments.

But the British pound dropped Tuesday afternoon after the central bank’s chief reportedly said bond buys will conclude as planned later this week.

The BoE is expected to continue purchasing long-dated UK bonds until Friday under its £65 billion intervention aimed at stemming a massive sovereign debt sell-off. The BoE jumped into action in late September after gilt yields soared to 14-year highs and the pound sank, with turmoil spreading after the UK government announced unfunded tax cuts aimed at stimulating economic growth.

A “key concern of pension funds since the Bank of England’s intervention has been that the period of purchasing should not be ended too soon,” the Pensions and Lifetime Savings Association said in a statement.

“[Many] feel it should be extended to the next fiscal event on 31 October and possibly beyond, or if purchasing is ended, that additional measures should be put in place to manage market volatility,” the trade group said.

The BoE last week said $1 trillion in UK pension funds’ investments could have been lost if it didn’t intervene with its emergency bond purchases.

The pound on Tuesday fell below $1.10 against the dollar after Bank of England Governor Andrew Bailey said in a message to pension funds that the bank will be done with its emergency bond buying soon. “[You’ve] got three days left now. You’ve got to get this done,” Bailey said at the Institute of International Finance in Washington, according to the New York Times.

Ahead of Bailey’s comment, the BoE said Tuesday it will buy up to 5 billion pounds ($5.52 billion) of index-linked gilts each day until Friday. Those bonds pay interest in line with the rate of inflation. The latest BoE move “is a positive additional intervention,” said the PLSA.

The BoE also on Tuesday warned that surging gilt yields could pose a “fire sale” risk to the UK’s financial stability.

Concerns over liability-driven investment strategies used by UK pension funds to meet their future obligations drove the central bank’s decision to intervene, Jon Cunliffe, BoE’s deputy governor for financial stability, said in a recent letter to the Treasury Select Committee that was viewed by Insider.

“[Defined benefit] pension fund investments in those pooled LDI funds would be worth zero,” Cunliffe said.

The PLSA said while the BoE’s early intervention was generally effective, recent days have shown that market confidence remains low.

The group said pension funds over the last couple of weeks have, among other actions, taken steps to strengthen their financial resilience.

“If there are a minority of cases where – in light of the unprecedented fluctuations in market values – gearing turned out to be too high, or the LDI providers did not have sufficient financial resilience, it is important that the regulators and industry address these risks,” it said.

Separately on Tuesday, the Institute for Fiscal Studies said the UK needs to cut spending or raise taxes by 62 billion pounds ($69 billion) to keep its debt under control under the government’s tax-cut plan.

The country’s so-called mini-budget was unveiled by Kwasi Kwarteng, who became chancellor after Liz Truss took over as prime minister in September.