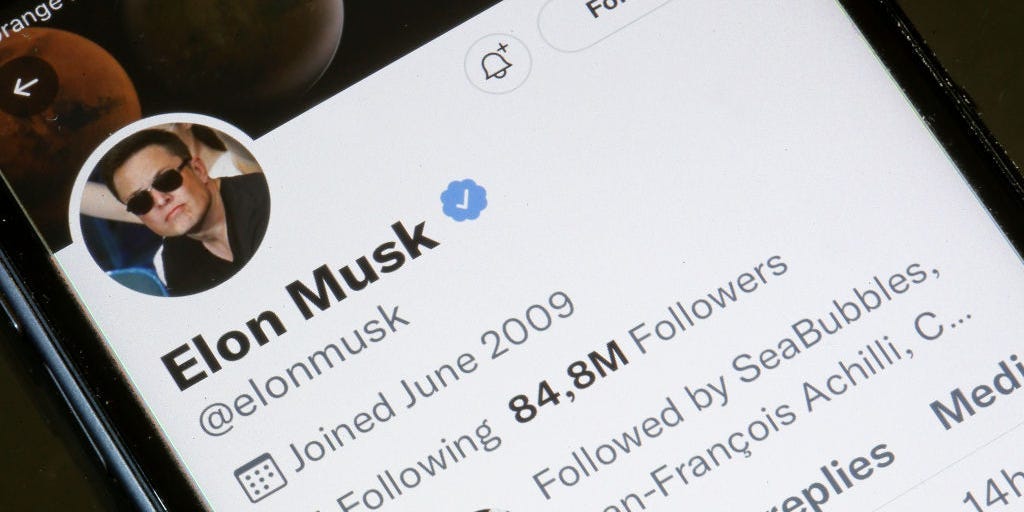 The banks that lined up $12.5 billion in financing for Elon Musk’s Twitter deal reportedly facing steep losses as appetite for riskier debt sours

Musk will put up much of the takeover tab by selling down his stake in Tesla, the electric vehicle maker he runs,  while major banks have committed to $12.5 billion in financing.

Reuters reported that more than 10 bankers and industry analysts, pointing to recent high-profile losses in leveraged financing, said the outlook was poor for the banks looking to sell the debt to get it off their books. Investors are concerned about riskier debt as interest rates spike, recession fears have grown and markets are volatile in the wake of Russia’s invasion of Ukraine.

Reuters said leveraged financing sources have previously said potential losses could amount to hundreds of millions of dollars for Wall Street banks involved in the Twitter debt as they try to sell it to investors.

On Tuesday, Musk’s lawyers sent a letter to Twitter offering again to acquire the social media company for $44 billion, or $54.2o per share, making the move after months of legal wrangling as the billionaire attempted to back out of the deal. The parties were set to meet in court on October 17. Twitter said it plans to close the deal at the $44 billion price tag, the bid matching Musk’s offer made in April.